Maryse Bastié overcame multiple tragic events in her personal life to become a pilot and business woman in the early 20th century. 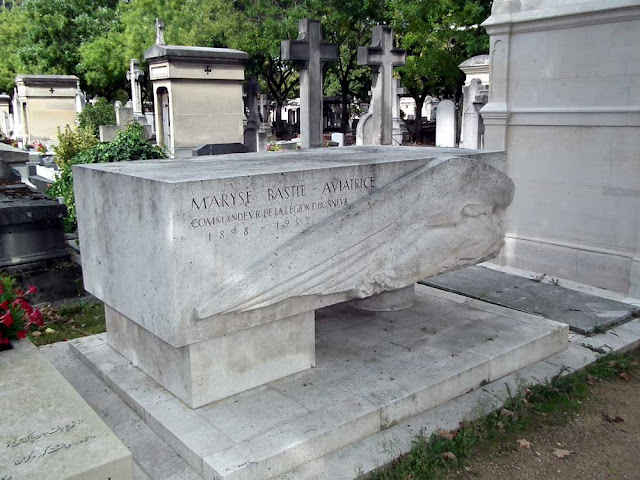 Born in Limoges, her father died when she was a child. She worked in a shoe factory and married young. The marriage ended in divorce and her only child died. She remarried, to a World War I pilot and caught the flying bug. When her second husband was killed in a crash in 1926 she earned her living by performing aerial acrobatics and was soon able to buy her own plane.

For several years she concentrated on setting aviation distance and duration records, then in 1935, reputation firmly established, she opened her own flying school at Orly Airport. She also served in the French Air Force, achieving the rank of Captain.

She was killed in a plane crash in 1952 and is buried in Montparnasse cemetery in Paris.

Interesting. I hope you have lots of these.

I'm glad you are enjoying them, but I've only got one more in the works. To be honest, I've got a bit bored with them now.