Big Berta is Restored to Health

It comes as a bit of a shock when stuff in your new house starts to wear out, and the past couple of months have been a bit depressing when you realise that stuff has started to wear out before the renovations are complete.

First to go were the light switches, then just before we left for Australia the bottom element of the oven gave up the ghost. Big Berta obviously knows when we are planning a break - she did the same sort of thing in 2012. Luckily we still have the mini-oven, and we weren't having to cook Christmas dinner, so repairs could wait until we got back.

So, a couple of weeks after we arrived back from Australia we called on Alex and Nicole to give us a hand sliding the beast out and trying to figure out what the problem was. Once the back sheet was off we could tell that the element had been overheating somewhat - the little plastic covers on the electrical tabs were singed and brittle. Alex used a multi-metre to test the old element and it was obvious that was where the problem lay, and that the previously replaced controller was OK. Removing the bottom plate of the oven gave confirmation.


You can see the element has sagged, and also blown out by the right hand end. 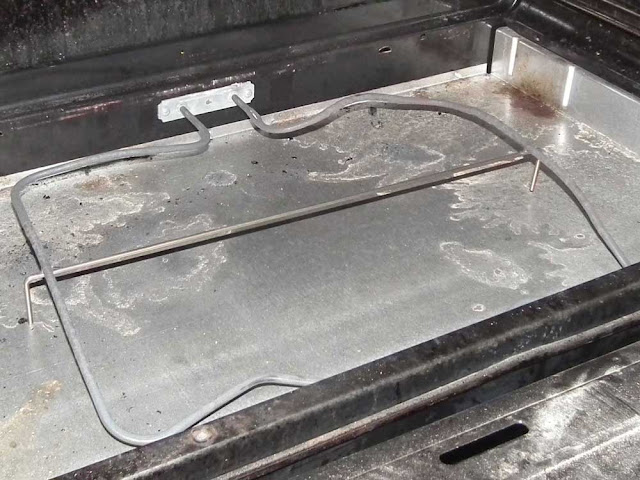 Susan contacted the manufacturer to ask about ordering a new element, but then I did some research, and found and ordered a new element from an online store. It arrived a few days later - and then a few days after that another parcel arrived, this time from Bertazzoni, and containing... an element.


Old and new - you can tell which is which 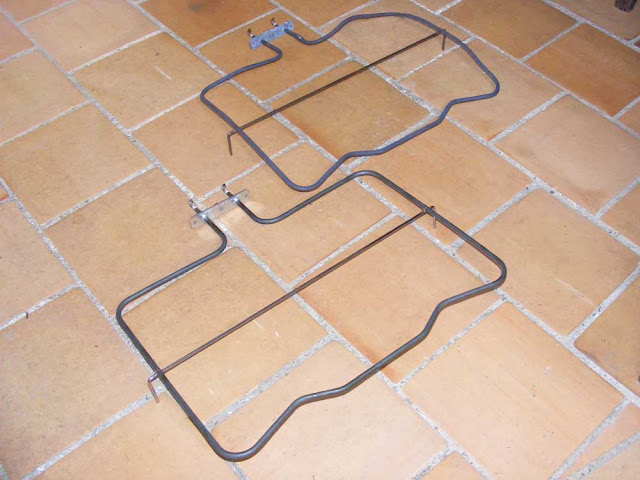 I have now replaced the old element with the new official part, meaning I have a brand new element spare (hoping I will never need it), and an oven that works.

Next step is replacing the kitchen tap, which has started leaking, and for which Ikea no longer make spare parts. Which is really annoying.

No, that doesn't make sense, as Bertazzoni replaced the part for free. That suggests to me that it is a known fault, but even so, the oven is well out of warranty. I think Bertazzoni must be one of those old-fashioned companies that stand by their product.

i can identify...our old house always has issues we have to take care of...and it's never simple...one fix turns up another problem

Bravo! It's a good thing you're handy.

I remember that discouraging feeling, that not only did you have to paint every room in your house once, you're going to have to do them all again. And a third time. And a fourth time if you live that long. And each time you think, Didn't we just do this?

I have a stove that we got in the early 70's and don't want a new one as they don't have as big of ovens. So we have replaced the bottom element several times. This last time it went out on a late Friday, of course, but I remembered we had gotten either a top or bottom element some time before and didn't need it so I had set it aside. Went to find it right where I had left it and it was a bottom! So I helped my husband put it in and we are good to go until something else breaks. Hope this stove doesn't die until we do!

Bottom elements burning out seems to be a common problem with electric ovens.

Don't! You are making me feel tired just thinking about it.

Yes, there is always something.

Glad you got Bertha working again.

BTW, don't be tempted to buy a tap made by Paini, which are not cheap and absolute rubbish. Our brand new Paini tap dribbled and after much complaining and a sarky comment on facebook Magnet changed it for a Franke tap which is excellent. (And was the tap we asked for in the first place.)

Thanks for the tip. Franke are a good brand I believe. Never heard of Paini. We are off tap hunting tomorrow.