The Lions Road and The Risk

A couple of weeks ago Colin asked about The Risk.


The Risk is a community in northern New South Wales close to the Queensland border. It is on the Richmond River in the Border Ranges National Park, which is part of the World Heritage (UNESCO) listed Gondwana Rainforests of Australia. Local wisdom is that the first man to settle the area, one John Wilson, rode over the mountains and said he would take "The Risk", thus naming the area.


There isn't a town or village at The Risk, but the scattering of houses in the area do manage to support a 2 classroom school with 28 students, and a community hall. The main road through town (ok - the only road through the area) is Gradys Creek Road, also known as the Lions Road. 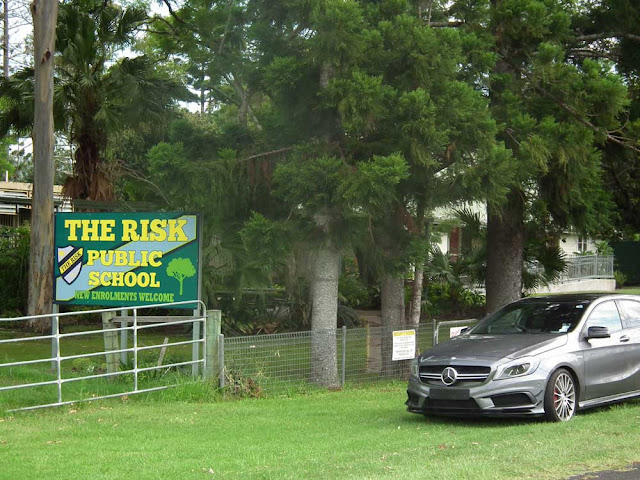 The Lions Road was recommended to us by Daz, the brother of my mate Matt. We were talking about roads to try in the Idiot Wagon on our way from Susan's parents to my parents, and I mentioned I was thinking about travelling through Woodenbong. He suggested that the Lions Road would be better, so I did some research. The route is in two parts, the Queensland part is called Running Creek Road, whilst the section in NSW is Grady's Creek Road - part of which is The Lions Road. 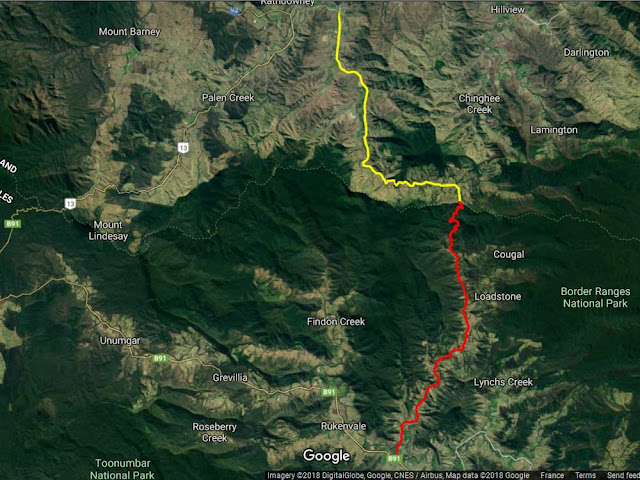 The residents of this part of New South Wales had been trying to have a road built connecting them to Queensland ever since the North Coast Railway went through the area in the early 1930s. Sucessive state governments had looked at the idea until 1967, when a commitment was made to build a road between Kyogle in NSW and the Queensland border, In 1969 the plan was shelved, at which point the local communities took over. 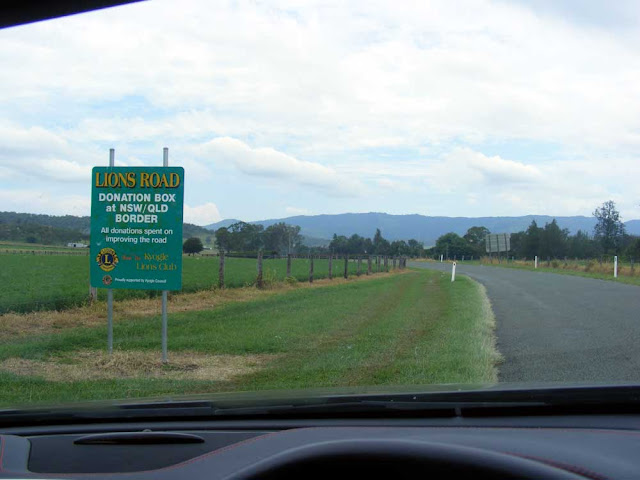 Impetus came from Kyogle Lions Club, which undertook the promotion of the road as a community project. With local help the best route was selected and it was decided to build a low standard 4 wheel drive track as a statement of intent. With assistance from businesses and the community a dirt road suitable for cars was eventually built and opened in December 1971.


Eleven kilometres of road was built over the McPherson Range, including 56 sets of pipes, 3 bridges and 12 cattle grids. When the Queensland Border was reached, the Beaudesert Lions Club joined the project and the Army helped by reconstructing 2km of road in Queensland. Over 100,000 vehicles per year use the road and there are donation boxes at the State border to collect contributions. The money collected enabled the Lions to approach government bodies with an offer to contribute to seal the surface, which was completed in 2002.


I made a movie using Google Earth to try give
an impression of what the road is like to drive.

The Lions Road is an amazing drive, although the upper reaches are probably not best suited to a European supercar. The road is one lane for most of its length, with very few passing places. Although it is a sealed surface, it is rough, with some serious drop off where a soft shoulder exists. At the moment the extremely rough wooden plank bridges are being replaced with concrete structures.


If you do ever drive the Lions Road make sure you stop at the Cougal Spiral lookout. This is where the North Coast railway line curls back on itself in a loop, entering a tunnel to pass back under itself.


You can see the railway line on the right.
Just after this it enters the tunnel in a loop 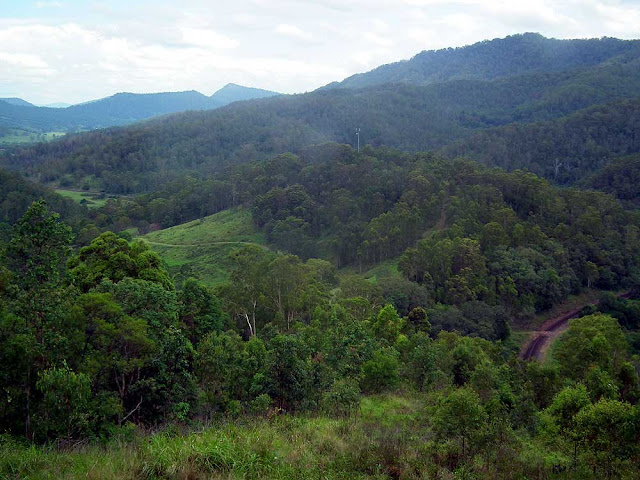 If you're ever in the area, do yourself a favour, and drive the Lions Road. It's worth it.
Posted by Simon at 09:00

That's a drivers road but I would want to be in a big 3ltr 4x4. Great video how did you create that. The Risk is certainly in the middle of nowhere.C

I want to ride my bike along this road - distance?

Colin
The video is an example of pushing free software further than intended. Created a tour and then a movie in Google Earth pro, edited it in movie maker. Neither are perfect for the job, but spend enough time you can make them work

Its great and does the job, the only downside is everything is flattened... Well done.