Famous for his provocative song lyrics, performances and lifestyle, Gainsbourg is nevertheless buried in the family tomb in Montparnasse with his parents. The beady eyed will notice that the family name is actually Ginsburg. There are a number of variations on the name Ginsburg on tombs dotted about the cemetery, all descendents of Ukrainian Jews who fled to Paris in the early 20th century to escape pogroms and the Russian Revolution. During the Second World War Gainsbourg's family sought refuge in Limoges, using false identity papers. 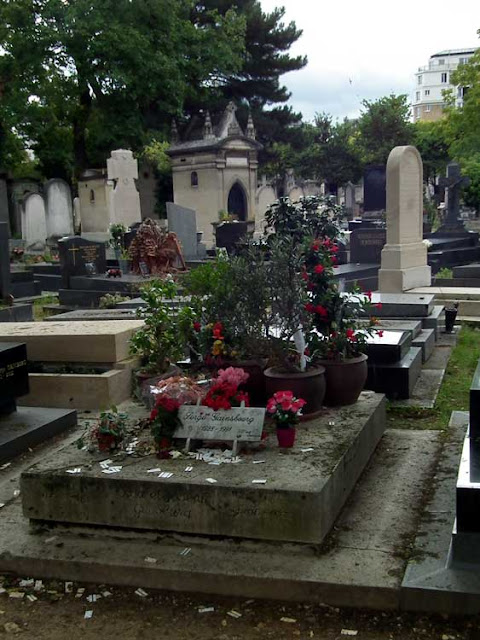 I enjoyed his singing, nice to see where he is laid to rest. C

I love wandering through French cemeteries..... both the well-known and the local. One always seems to find something interesting and they are always so 'propre'

Cemeteries in general always have something of interest -- unexpected people or intriguing grave monuments.