There is a Reason the Beach is Closed 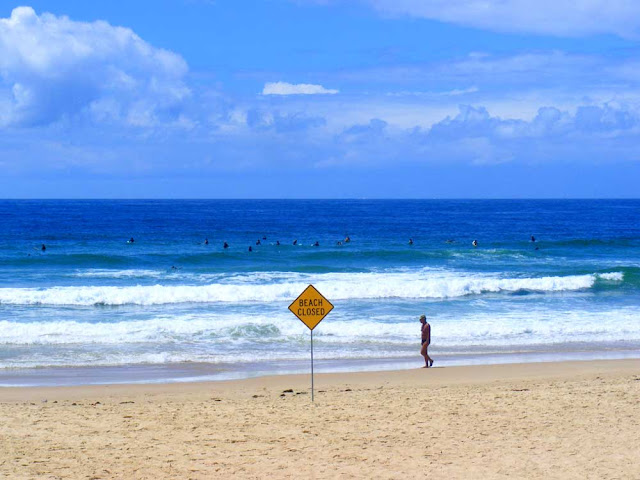 This is Manly Beach. The 'Beach Closed' sign means that there is a dangerous rip running and there are no lifeguards on duty. Surfers (you can see them out beyond the break) can afford to ignore the sign because on a surfboard you are never actually in the rip, which is the water from waves flowing back out to sea under the surface.

Unfortunately, it appears that some people over-estimate their abilities, and a person dies every second day during the Australian summer due to rips (more here).  Not only is it dangerous for the swimmers, but of course it is also dangerous for the lifesavers, many of whom are volunteers. 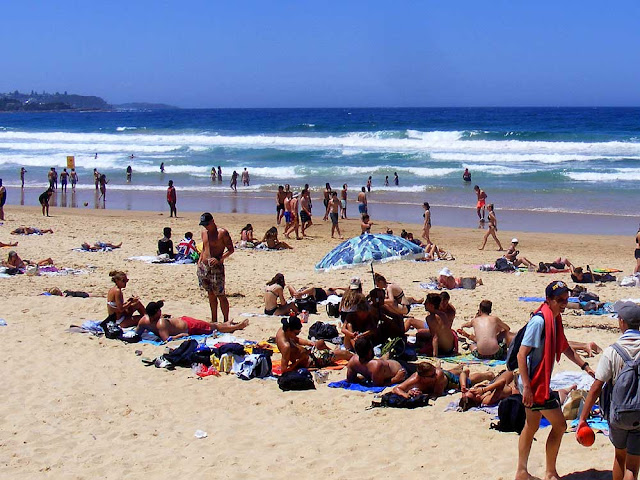 The Manly rip is known as the Manly Escalator. Many beaches have an almost permanent rip as an unwelcome feature: the rip at Bondi is the "Backpacker Express", although that may be unfair. There appeared to be as many ignorant Australians as ignorant foreigners on Manly beach, which is probably why this lifeguard appears so annoyed. 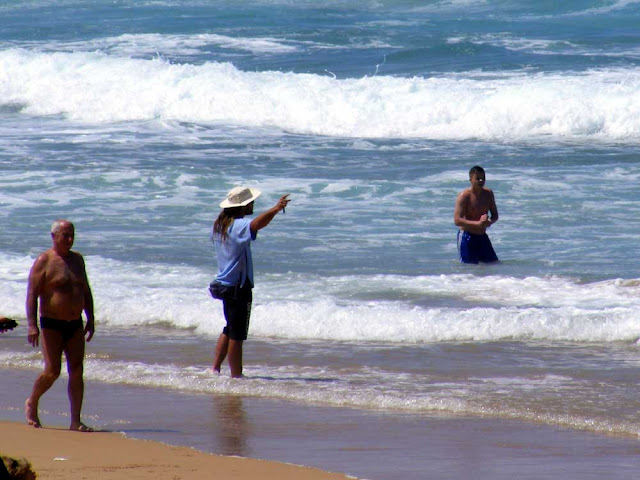 So if you go the the beach in Australia read the signs, and swim between the flags on a patrolled beach. You never know when it might save your life.
Posted by Susan at 09:00

Those beaches are so enticing...

They certainly are. We haven't seen the sun in about ten days here in Texas.

Here in NoVa, it's up and down; one day it's bright, sunny and 81*F, and the next it is rainy, cold and overcast, but nothing like a regular winter. Every day, I miss the desert of Southern California a little more!

One of the obscurer digital channels runs a documentary series following the Bondi lifeguards. Like so many of such programmes, when you see the scrapes some people get themselves into, and that emergency services have to deal with, it makes you wonder about some of our fellow-humans.

Indeed. I have nothing but admiration for the patience and professionalism of the emergency services (as well as their bravery).