Death of a Culinary Legend

Friday 26 January was the funeral of French culinary legend Paul Bocuse in Lyon. Whatever your impressions of the media persona, there is no question that he was genuinely revered in French culinary circles. An obituary I read described him as 'a monument', 'a symbol of excellence', 'a guide', 'a figurehead', 'a star', 'an icon', 'a model', 'an example', 'a father'. 'Whether you had the luck to meet him, greet him, touch him, talk to him, be photographed with him, work beside him or simply see him on television, the love, respect and admiration in which he was held is immeasurable.'


My chef friend Jean-Michel, on the right, was a big fan. 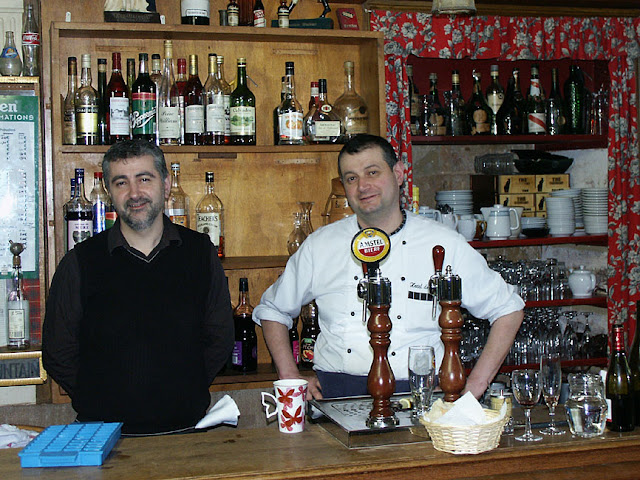 The funeral took place in the cathedral and due to security issues and the large number of people attending, access was restricted. If you wanted to go to his funeral you had to telephone his restaurant and register, giving your name, phone number and work place. Chefs attending were asked to wear their uniforms.

For an interesting and amusing overview of his life, check out Taste of France's post on his demise, Butter, Cream and Wine.

I came across photos of the funeral service--the center of the church was a sea of white uniforms.

Yes, I heard several comments to that effect.