One thousand two hundred people visited the Saffron Fair in Preuilly sur Claise on Saturday 17 February. Nearly 200 lunches were served by chef Jean-Michel Chedozeau, with a menu based on 'red gold'. Eight hundred delicious free little tasting samples were handed out by four other local chefs (including Michelin starred Fabrice Dallais) to titillate the taste buds of local foodies.


Christophe Aubier and his very tempting leather handbags.
He and his potter wife, Magali Desroches have opened a shop in Le Grand Pressigny. 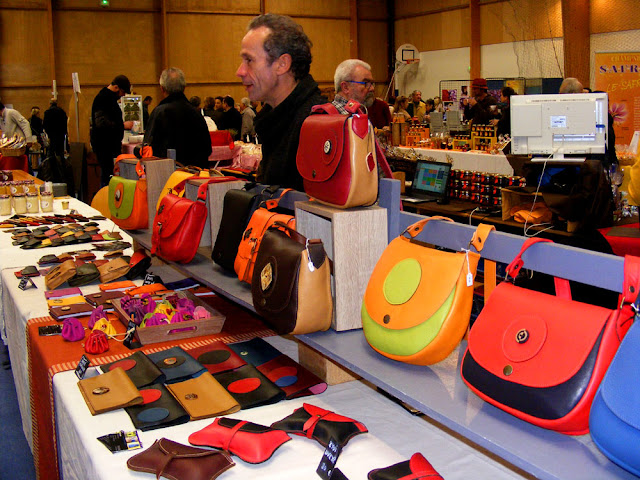 The Foire au safran is organised by our local Comité des fêtes, and the chairman said she was delighted with the success of the fair, now in its 19th year, despite it being on a weekend full of other events. The Saffron Fair is traditionally on the third Saturday in February, but she had feared that another event, which was organised for the same weekend, on the same theme, in the same département ('county'), would have a detrimental effect. As it turned out, she had no need to be concerned about from the rival Truffle and Saffron fair at Saint Cyr sur Loire.


Mid-morning at the Saffron Fair (held in the town gym). 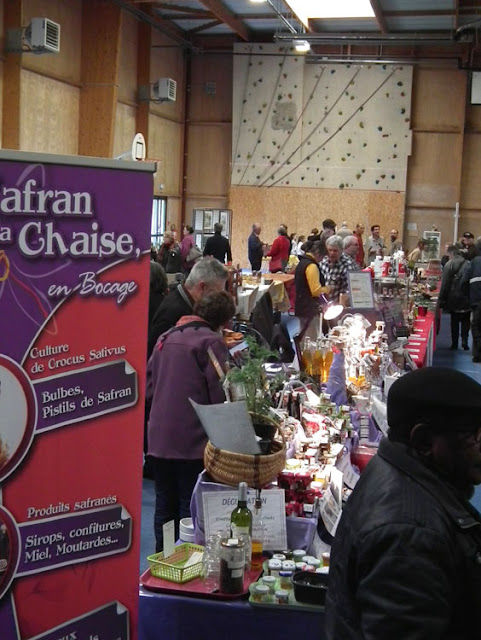 The dairy co-operative from Verneuil sur Indre introduced their new lines and packaging and I took the opportunity to stock up on top quality vanilla from Madagascar as well as some of Abi's chocolates, some duck sausages from Maison Perrin and some saffron tuile biscuits. 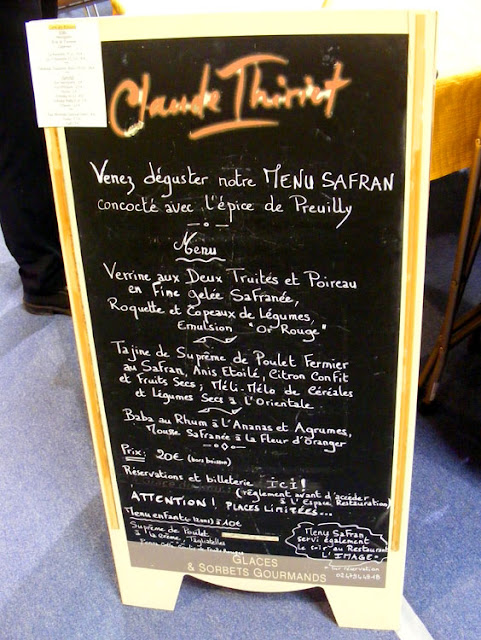 Simon and I had lunch at the fair along with friends Rosemary, Lisa, Pauline, Tim, Simon and Jean-Michel.


Abi Bond, a young local chef, patissier and chocolatier. She made the lovely chocolates in the first photo. 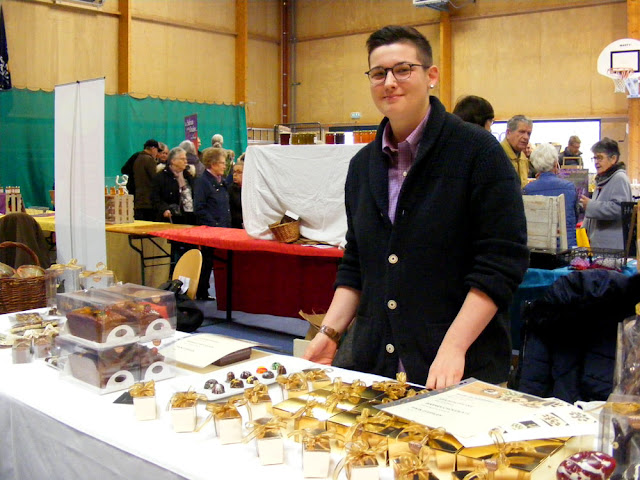 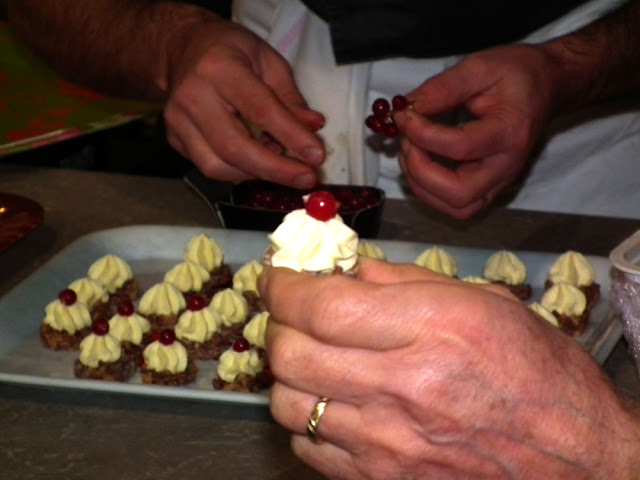 How did me miss this? Not this years but when we lived up there? Looks like a wonderful event!

Never heard of this event! How could I have missed it?

It's one of about 3 foodie fairs that I would recommend in this area. When did you live here? if it was 20 years ago then the fair wouldn't have existed yet.

The publicity for small village events in France is very easy to miss. They rely far too much on local knowing what is going on and volunteer resources that don't stretch to massive advertising. It's always the 3rd Saturday in February. I'll try and remember to alert you next year, and invite you and G to the lunch.