On Thursday March 1 2018 we awoke to a couple of centimetres of snow. This appeared to catch the nation by surprise and cause a lot of media chatter, despite the fact that it had been forecast by the meteorologists.

Cat footprints and another animal that puts all its feet in the same print, giving the appearance of having been a one legged creature hopping up the driveway. This was photographed at about 8am, by which time Ghislaine had already cleared the street in front of her house.


Looking up the street. 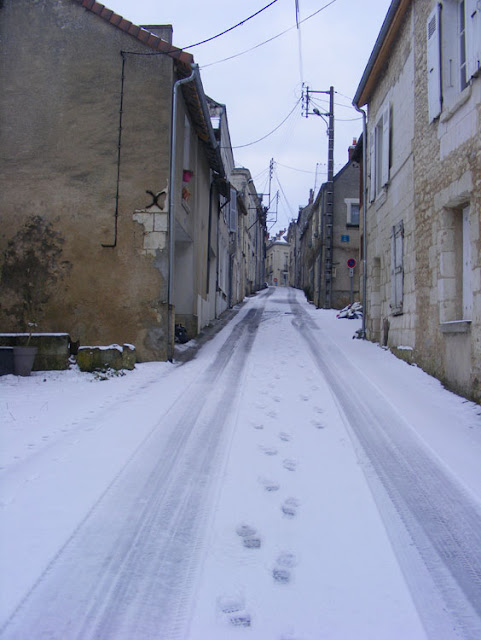 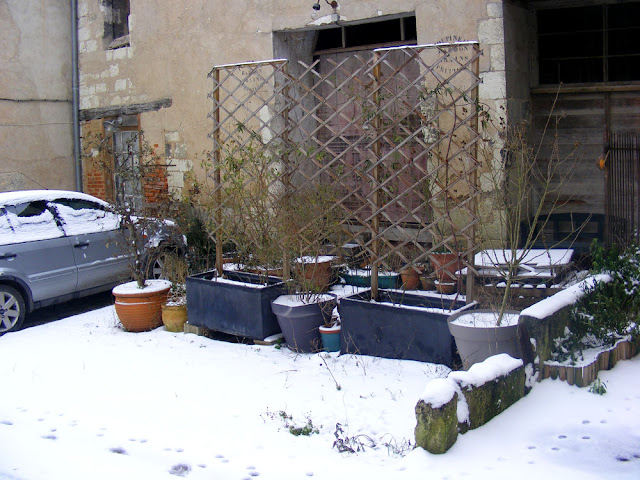 A mini snowman on a front window ledge. 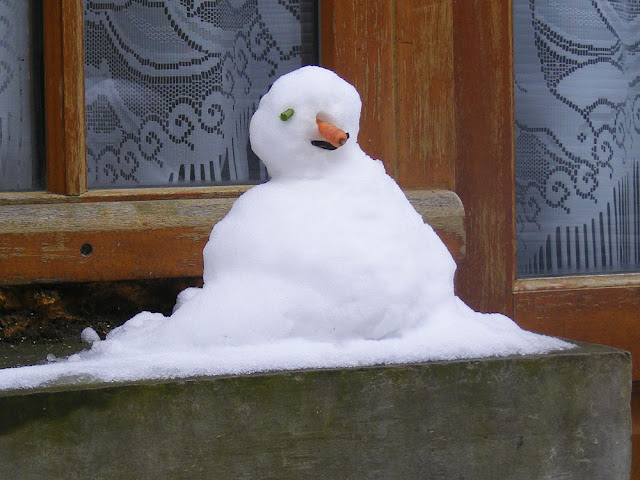 Dotty and her organic veg braving the snow. 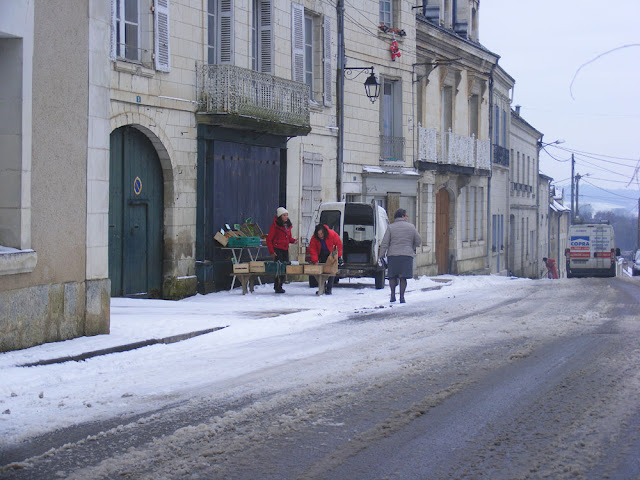 Dotty was one of only two market stallholders who turned up. She commented that snow didn't put customers off nearly as much as rain does. However, the real reason I took this photo is that in the background, with the Copra van just passing, is a woman in her pyjamas and a pink dressing gown vigorously sweeping her footpath clear of snow.


The only other stall, with Dotty borrowing their scales because she forgot hers in the excitement. 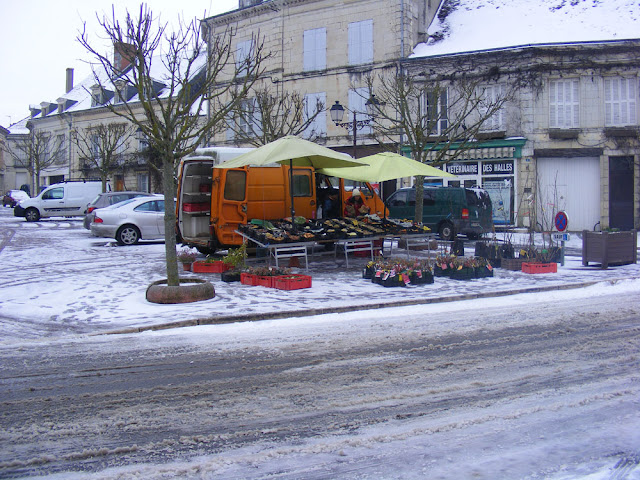 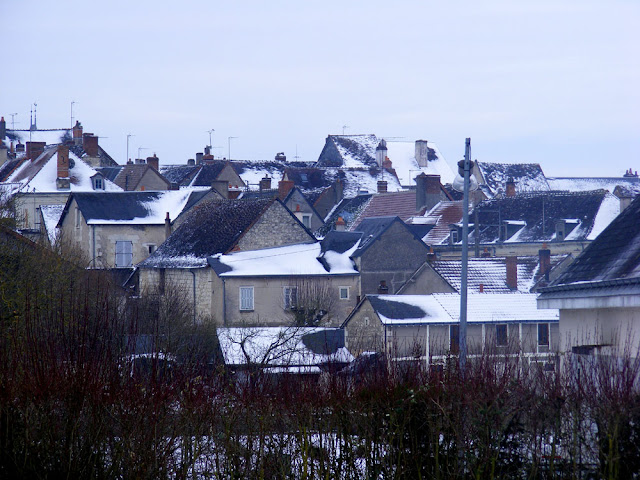 Email ThisBlogThis!Share to TwitterShare to FacebookShare to Pinterest
Labels: nature and wildlife, Our house in Preuilly, Pictures of Preuilly, Roofing, Winter