Out the back, waiting for waves. 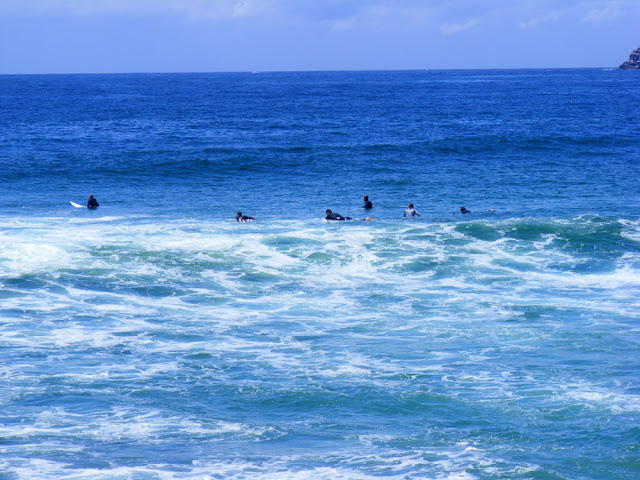 Look at all those surfers (4 of whom have wiped out on the wave in the foreground). 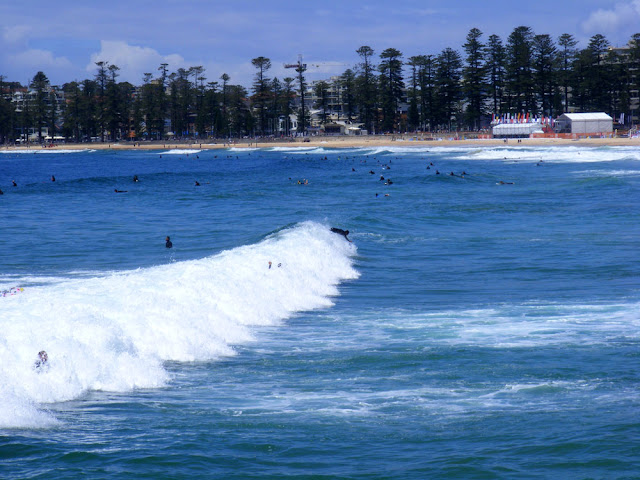 The surfer on the left is female. 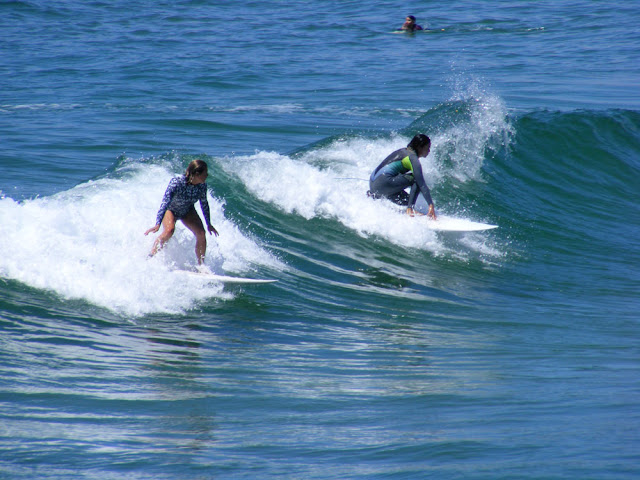 During part of my misspent youth I was a surfer chick. In my day it was unusual for women to surf. I didn't but I lived with a house full of young men who lived for surfing. They had jobs, mostly, but their real aim in life was to surf as much as possible. Surfer chicks were lifestyle accessories, who watched the action admiringly from the beach. Back at the house, the girls cooked and cleaned while the boys sat round smoking dope.

These days, women are still greatly outnumbered in the surf, but at Manly last November, there was probably five women in a crowd of about 50 surfers. That doesn't sound much, but it's a big change from seeing a lone female surfer no more than once a month.