Refereeing in the Merde

Recently I got to referree in an extraordinary argument between my friends Elisabeth* and Théo*, both French. Elisabeth has just moved to Preuilly and I introduced her to our Deputy Mayor, Gérard. She joked with him that he must be the person she complains to about the amount of dog shit in the streets. I backed her up on this comment as it seems to me that the dog shit has been particularly bad this winter. I suspect that because it has been wet much of the time people are letting their dogs out to wander the streets for half an hour early in the morning. These dog owners are probably perfectly content that their dogs are defecating away from home and out of sight is out of mind. Unfortunately too often it is outside Elisabeth's front door or in our courtyard. 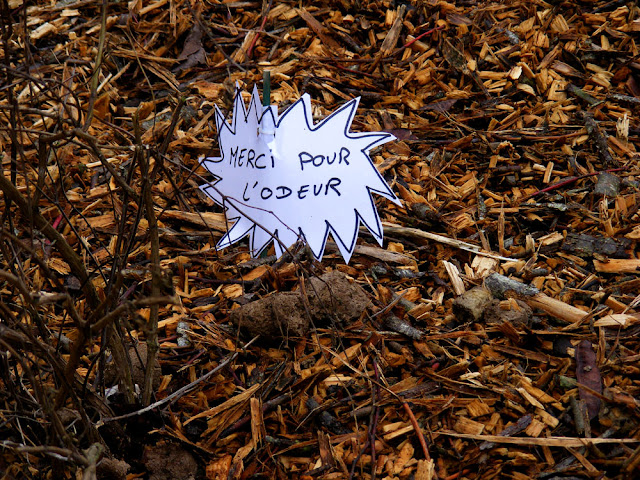 Elisabeth then remarked that she was getting to the stage where she was going to start photographing offenders and sending the images to the town hall. It was at this point that Théo, who knows me, but not Gérard or Elisabeth, chipped in. He informed Elisabeth that this smacked of collaboration in the Second World War and that she deserved to have her head shaved. 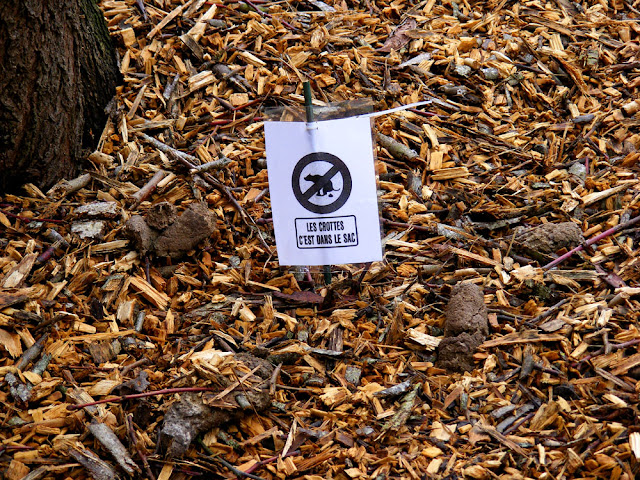 Elisabeth was understandably extremely taken aback. Gérard was extremely uncomfortable with the direction of the conversation and tried ineffectually to moderate, but was inhibited by not knowing either of the two people involved. Elisabeth, who is rather sensitive and timid, immediately backed off and went to seek sanctuary by talking to Simon. 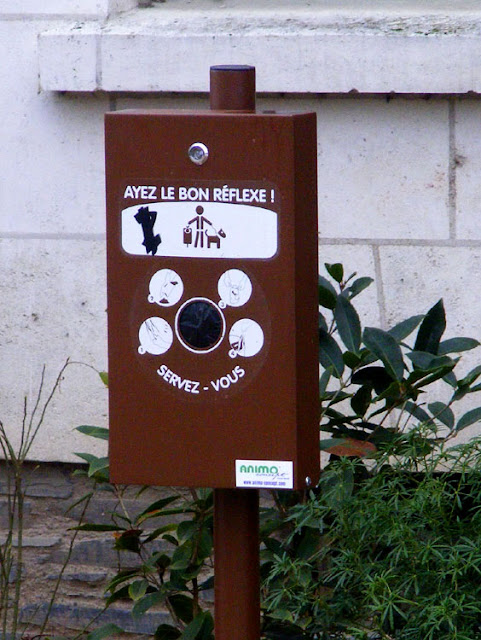 It was left to me to take Théo aside and ask what the heck that was all about, and to point out, as forcefully as I could, in French, that telling a French woman that she should be treated as a collaborator was too much and not on. I pointed out that I like both Elisabeth and Théo and expect them to be able to be in the same room together at social gatherings that I organise. 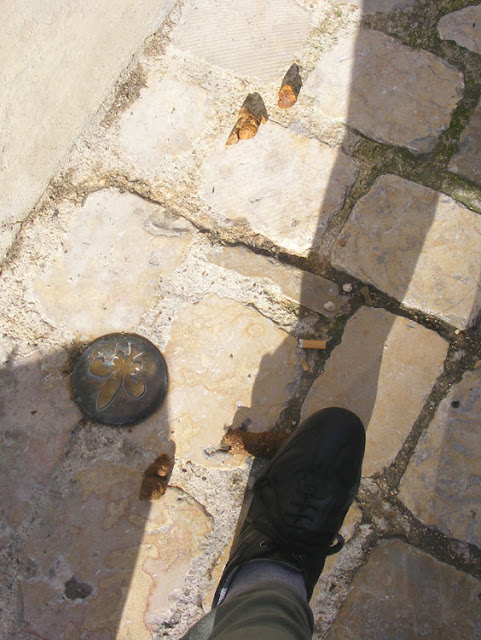 Théo told me that he feels that dobbing people in to the town hall for relatively trivial breaches was the sort of thing that could easily escalate to the detriment of community life, and that especially in the unstable political times we live in we do not want to be encouraging Fascists. He told me his grandfather had worked for the SNCF (French railways) during the Second World War. The Germans seconded all the SNCF workers to repair and maintain the train lines, so they were essentially working for the German war effort. At night, Théo's grandfather and some of his co-workers would go out and destroy the work they'd done during the day. Eventually someone dobbed his grandfather in and he was arrested. He was very lucky to escape being executed. Thus, the possibility that Elisabeth was considering reporting her neighbours to the authorities was completely abhorrent to Théo and he could not let it go unchallenged. Théo is a dog owner and perfectly prepared to pick up after it, but Elisabeth had pressed one of his buttons.

Elisabeth's point was that dog owners who do not scoop the poop are selfish, anti-social and unhygienic and need educating. Gérard pointed out that the town hall supplies bags for picking up dog poo, but Elisabeth felt that there were too few dedicated bins and without some means of quickly getting rid of the bag of poo, dog owners will continue their bad behaviour. I suggested Gérard mention the issue in the next town annual, but he said he already had.

Anyway, the upshot is that after a suitable breathing space Elisabeth and Théo both claim that they won't hold a grudge, and stick to the weather if they find themselves in conversation at a social gathering. Gérard tells me he sympathises with Elisabeth's response to the dog poo problem and he has now spoken to a couple of offenders.

*not their real name.

Just the same here unfortunately and because we live on the edge of the countryside SOME dog owners don't bother to pick it up outside our house. And at my 90 YO mum's her small patch of grass gets it regularly when it's dark!!! It's a £1000 fine here if they get caught!

In the '80s and '90s, there was an old lady and her dog living across the street. In the morning, when she let the dog out, this creature, as well behaved as he was, didn't poo on his own lawn, but since our properties weren't fenced, crossed the street to do his business on mine. How considerate! Fortunately, they're both dead now.

Now that warmer weather is on the way here's a method of keeping dogs off your property which is employed by many Californians (no freezing temps): fill plastic beverage bottles with water and place them in strategic spots. One or two would probably do the job in your courtyard. Apparently it's something to do with the reflection which is bothersome. One can walk down a residential street in So. Cal. where each front lawn is dotted with at least two or three large (preferably clear) soda/water bottles. Worth a try anyway.

Who would have thought that a discussion about dog poo could evoke memories of WWII!

This has the ring of 'a plastic bag full of water hung over a doorway will deter wasps'. Snopes has this to say :-)

Did you try scooping it and returning it to her lawn?

I wonder how many actually get fined?

There's a nice cartoon of one neighbour shouting out to another, "Your dog's doing his business on my lawn again!" We see the dog in the middle of the lawn, sitting at his desk, glasses on, working on a computer...