When we created our kitchen we decided that it would be nice if the kitchen tap did more than one thing, so we opted for an Ikea unit  that combined an ordinary mixer tap with a handheld spray unit. Unfortunately, after 7 years of use the tap let us down and developed a leak, a constant dripping whilst off, and a more persistant stream of water running from the handle when in use. 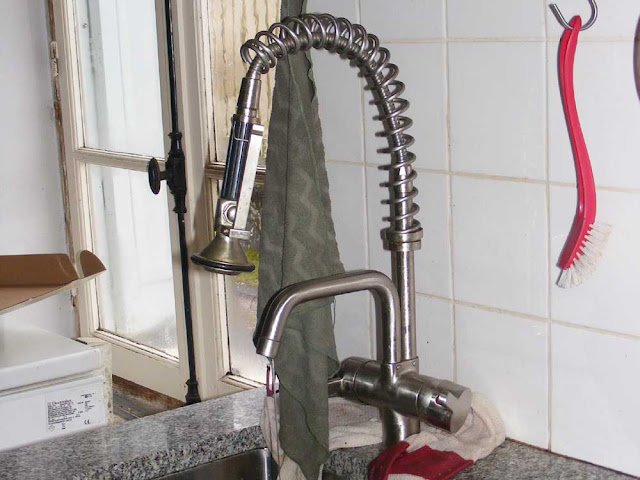 As these units are all modular, we called in to Ikea to buy a pair of new cartridges, one for the tap selector (tap or handheld) and the other for the mixer. Imagine our surprise (and my crossness) when they told us the units were no long manufactured.

This meant replacing the tap, something we got around to last week. We had bought a new unit from Leroy the Magician (Leroy Merlin), but when I unpacked it I looked at the space I would have to squeeze myself into under the sink and decided it was time to GTMI*. 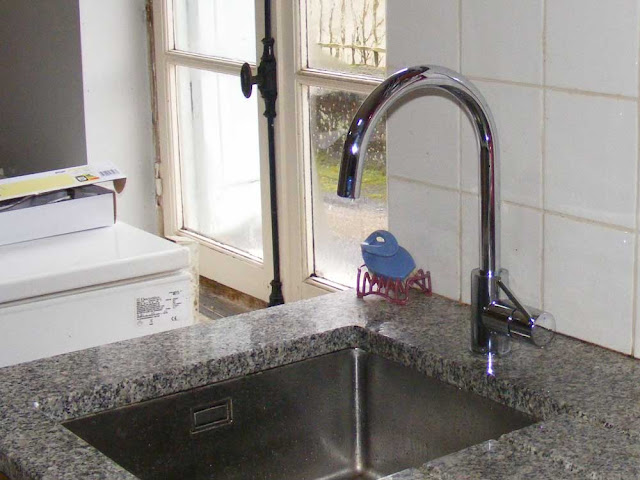 So it's now done, and we have a new, less complicated tap that claims to use less water. It also takes up much less space, and so far I haven't missed the hand-held spray.

*GTMI = 'Get the Man In'. The man in question was Gille Barré, a plumber from Martizay, recommended to us by Antoinette.
Posted by Simon at 09:00