On a walk in the sub-alpine habitat of Namadgi National Park near Canberra in late November I saw three species of orchid, one of which was a new species for me. 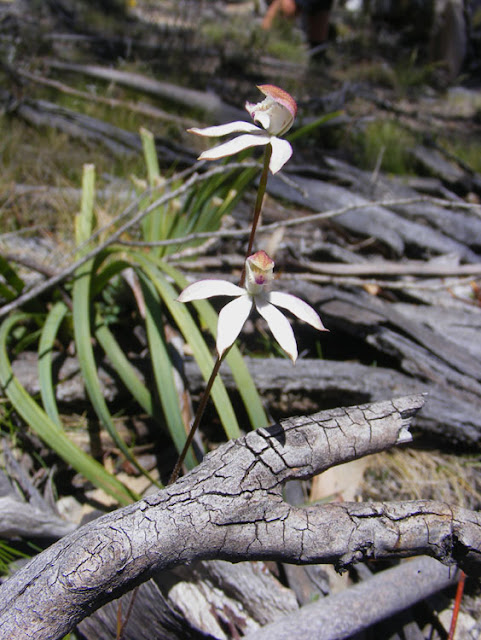 One of the prettiest Australian orchids, Mountain Caladenia Caladenia alpina grows in sub-alpine Snow Gum woodland. We encountered these in a couple of spots along the walk, either single plants or in small colonies. It is endemic to the south-east of Australia. 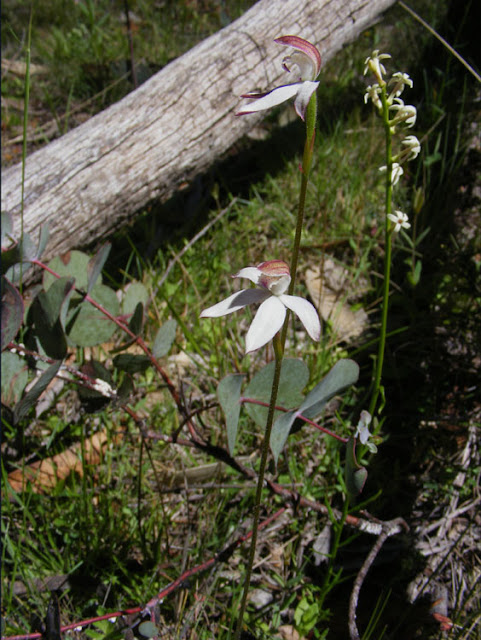 Donkey Orchids Diuris spp are endemic to Australia and the 60 species are spread across the whole of the temperate parts of the country. Their scientific name refers to the hanging sepals (the ribbon tails that peek out from behind the labellum), but their common name refers to the donkey ear like petals. They are almost all yellow with maroon splotches. Studies indicate that they don't produce a nectar reward for insects, but resemble other flowers which do, so they fool the insects into visiting. 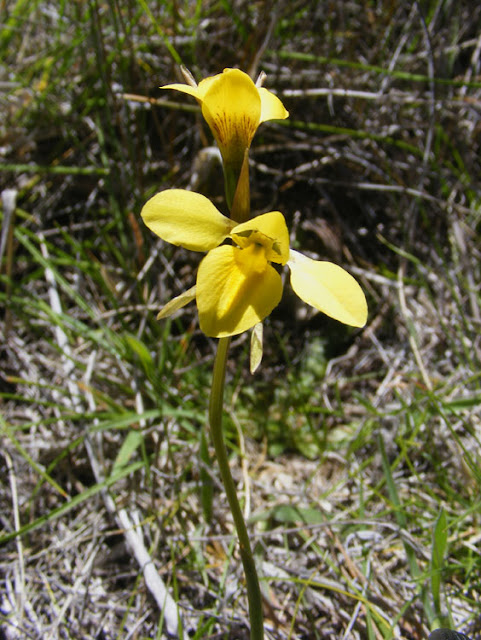 Highland Golden Moth Diuris monticola was a new species for me, and by far the most abundant orchid we saw on the day. They were growing in colonies of dozens of plants all through the damp tussock grassland valleys between the dry wooded ridges. I have dozens of photos of them too, almost none of which are any good. They are remarkably difficult to photograph. The species is native to south-eastern Australia, in upland habitats. 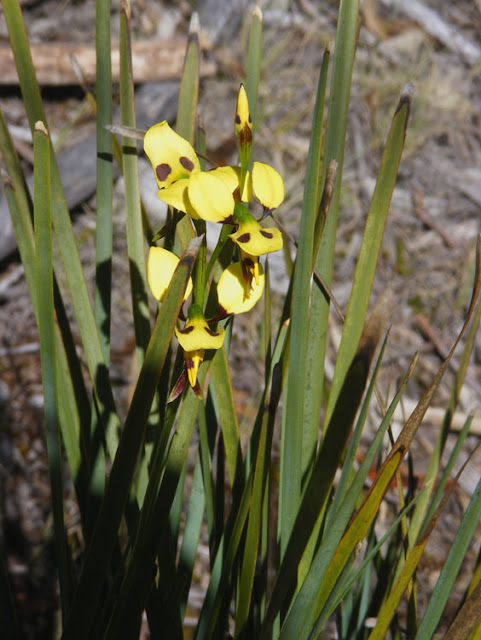 Tiger Orchid Diuris sulphurea is considerably bigger and taller than the previous species, and this one was the only one of its kind I saw on the walk. It was growing on the side of a track on a dry wooded ridge. It's quite a locally abundant orchid in eastern Australia.

Note: This blog post has been edited to reflect a correction made by Ian Fraser, a prominent Canberra naturalist, on the identity of the Caladenia.
Posted by Susan at 09:00

These orchids are beautiful! Excellent photos.