Walked off my Feet


A couple of months ago I noticed that because of a peculiarity of the Australian Public Service pension scheme many of the people I went through college with were newly retired and looking for things to do. Erica (who is 3 years younger than me!!) found herself in that situation and joined her mother's walking club. I chirped up that when we were in Australia I'd love to join them for a walk, because sure I could keep up with a pack of 80 year olds for 11 km...


This is the countryside we were lined up to walk 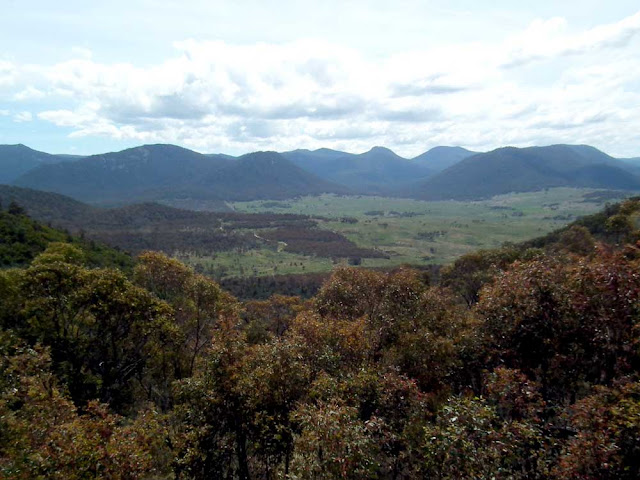 When we arrived in Australia an email from the walking club was waiting for us saying that the walk for the Wednesday we were there was 18km, but "the walk is longish but gentle, with only minor elevation changes." The forecast was for 22C, and the advice was to carry at least 2 litres of water, morning tea, lunch, and warm clothing in case the weather changed. I also had a camera and spare batteries in my backpack. 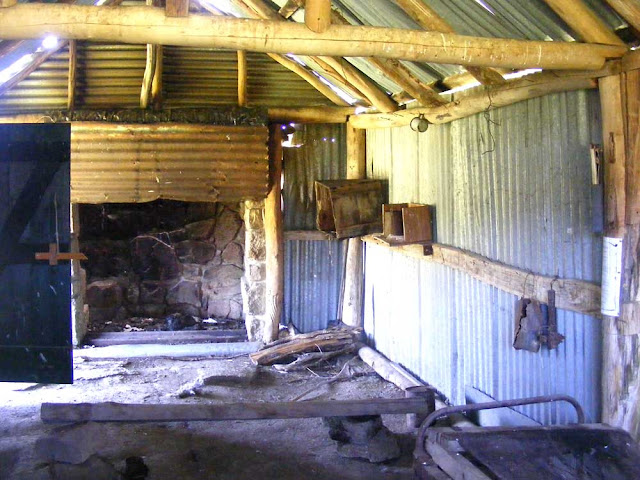 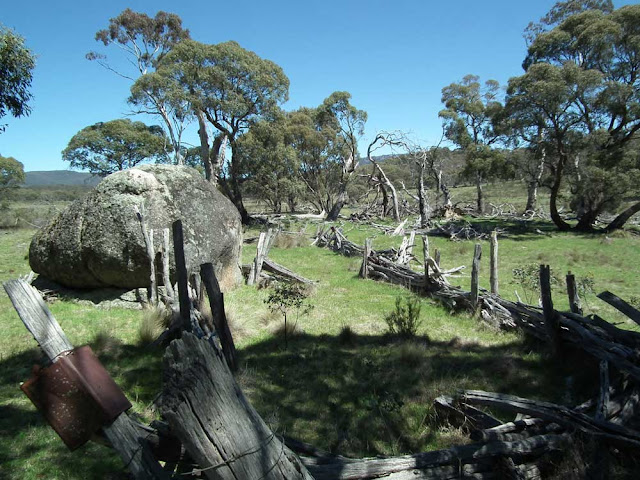 It was an excellent walk in sub-alpine country I sort of knew from driving through, but had never properly walked. We had morning tea at a ruined stockman's shelter (Waterholes Hut), and then walked to an abandoned (and now non-existant) farm, Lone Pine Hut for lunch. By then the weather was pretty hot, my feet were sore, and the call to get up and walk back to the starting point was far too early for some.

A very welcome morning tea, and I sample some of Erica's caramel slice 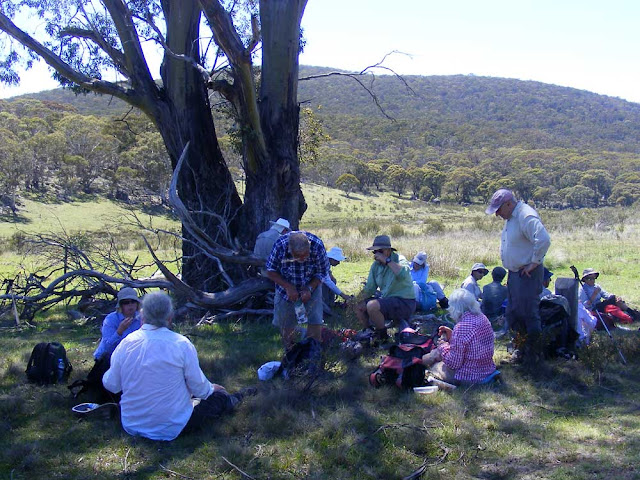 Needless to say... The walk ended up as 22km, the temperature was well over the mid 20's, and there was a total of 1,100metres of altitude change. For for one European who had arrived in the Australian summer from winter only a week previously, 2 litres of water was not enough. I was concentrating on "one foot in front of the other" when I totally blew up, and needed a 30 minute sit down and a handfull of electrolyte tablets about 1km from the end. I have never totally stopped like that before and it was a bit scary - my brain was saying "just walk" but the message was getting lost between there and my legs.


All that is left of Lone Pine Hut 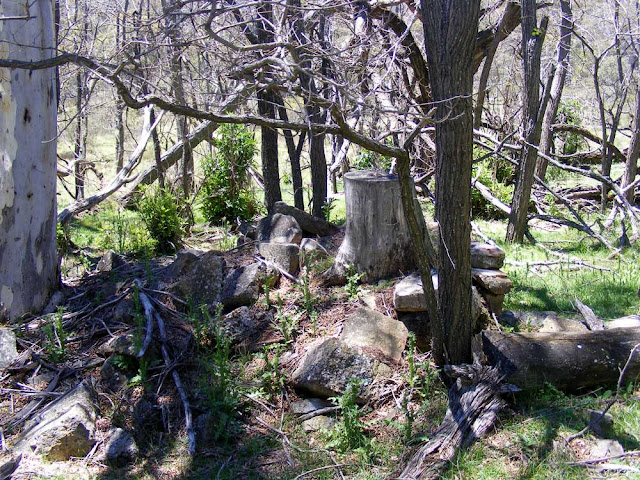 I managed to make the next 500 metres with help from Susan (and one of the the group carrying my backpack) and by that time the rest of the group had reached their cars. Of course, being Australians they were all in four wheel drives, so someone came back to meet us and picked me up.


It was steeper than it looks in the photo - there were many of these short, sharp climbs 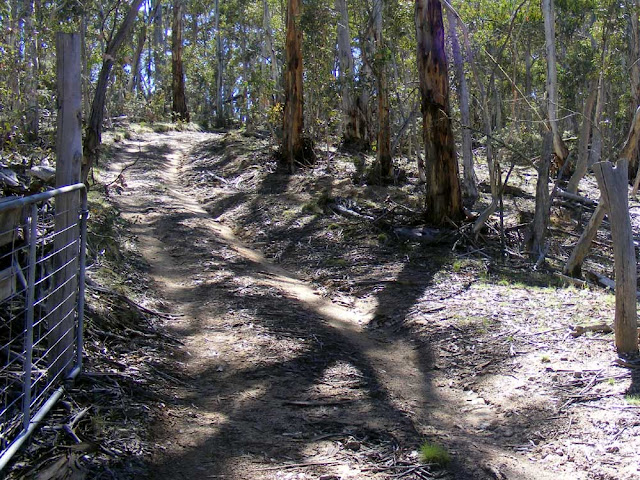 Apart from that it was a great day. I saw some country I hadn't really seen before, and caught up with an old friend and learnt some gossip I wish I had known 35 years ago. Human frailty aside, what more could you want?
Posted by Simon at 09:00

Hahaha... Sorry, but I had to laugh. I remember my first 'walk' in the mountains in Andorra with a bunch of 70 and 80 year olds. Them tripping merrily across rocks in mountain streams, me barely able to keep upright. I learned that unless it involves cleats, ropes and crampons it's not a hike but a walk. I learned a lot.

Next time Simon wait until your at least 75 before you attempt such things.... Ha Ha Ha Nice Tale though.

Good on the golden oldies! I'm sure it was just prolonged jet lag, Simon or that you just aren't old enough...