Monday is Queens Day: 21 is too many

The Jardin du Luxembourg has statues of 20 French Queens and Illustrious women. The subjects were chosen by Louis-Philippe I in 1843 and have been blogged about. It also has forty-four other statues, none of which is my favorite, mainly because (for some strange reason) my favorite wasn't counted amongst the 64 listed statues. 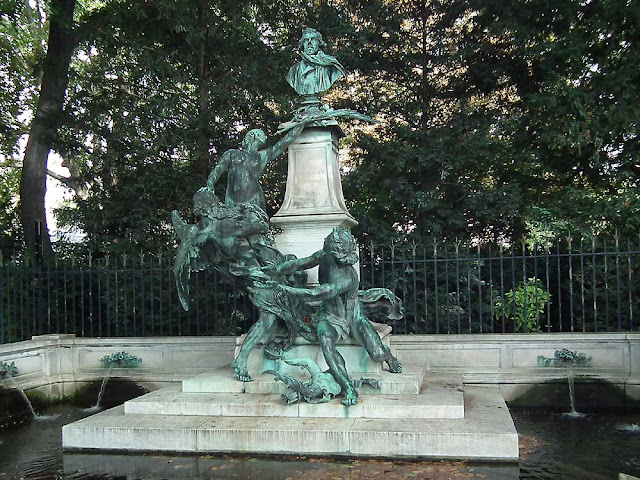 My favorite is the memorial to Eugène Delacroix, painter, illustrator, diplomat and possible illegitimate son of Tallyrand. His most famous painting is "Liberty Leading the People", but that's not the reason I like this sculpture. I was first taken by the iconography, none of which I understand, at the foot of the statue, and then... 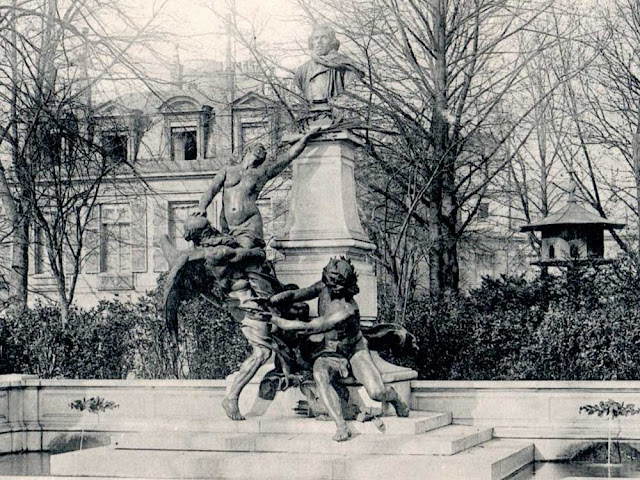 Looking at old photos  I suddenly realised that the symbolism at the foot of the statue has been moved. But why, and when?. If forced to guess I would say that the statue was removed and hidden during the second world war to save it from being recycled as a weapon, and reinstated differently once the war was over - but that is pure speculation on my behalf.


What does this mean, and why has it been moved? 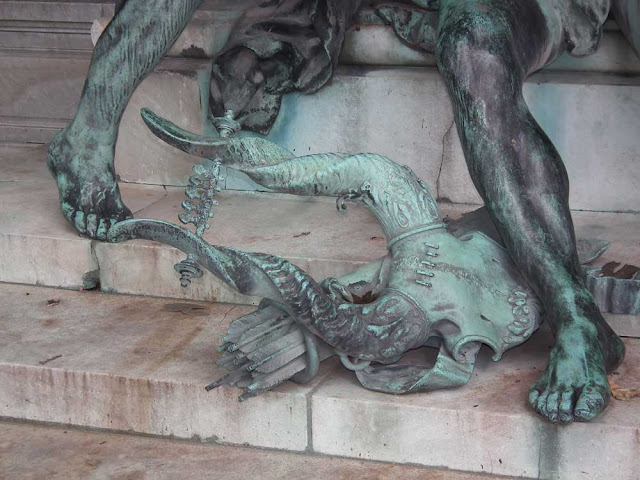