Alex takes on the privet. 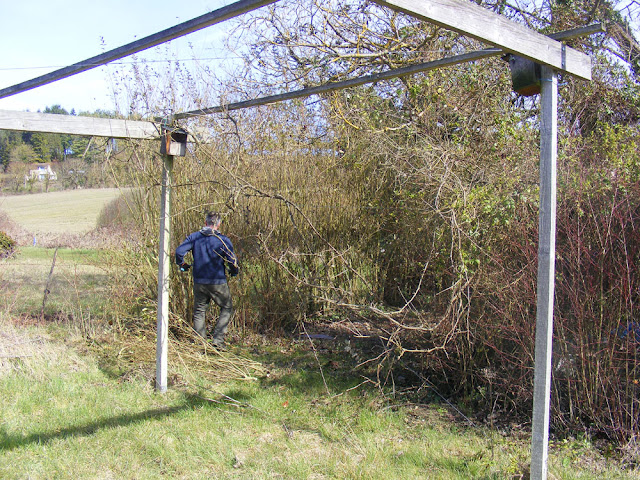 On 9 March gardeners Alex and Nicole came over to trim the hedge at the orchard. This is a tedious job that I am quite happy to pay someone to do and an afternoon's work from them costs a couple of hundred euros. Good value in my book.


Working on the hedge. 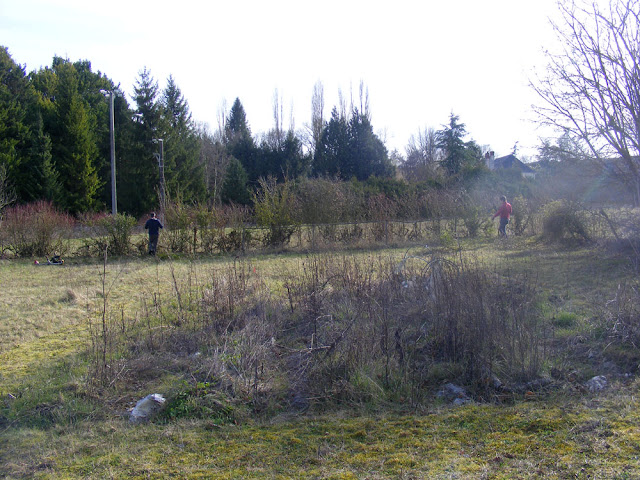 It took longer than it might have because they had to do it all with loppers. The hedge was woody enough due to be left for three years that they couldn't use their petrol motored hedge trimmer. 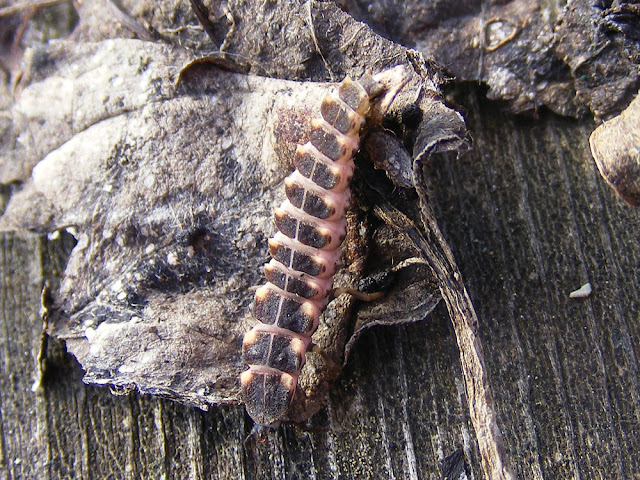 While I was clearing Dogwood Cornus sanguinea from the fenceline and the base of the Chasselas grapes I came across a little Common Glow-worm Lampyris noctiluca larva in the leaf litter. It will have spent the winter drawn up on itself but now the weather has warmed up a bit and spring is here it will be ready to ferociously hunt down slugs and snails. They will tackle prey that is much bigger than they are and possess a toxin which they inject to paralyse their meal. So far as I can tell the orchard is just about perfect habitat for glow-worms. 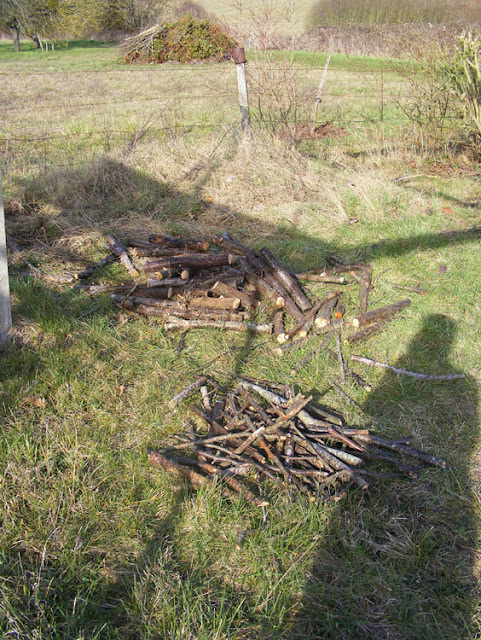 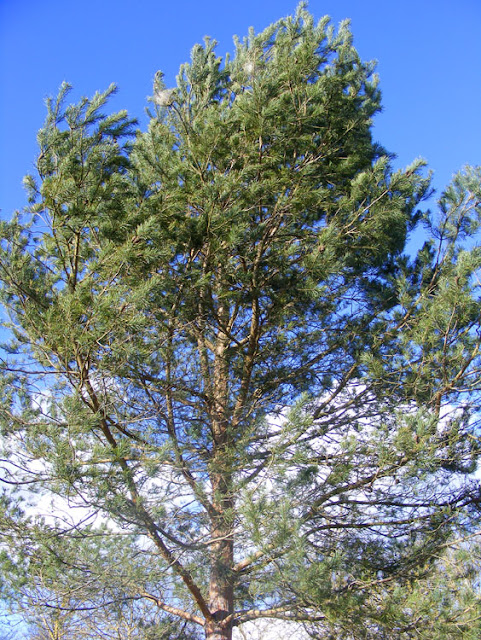 I was less than thrilled to discover two small Pine Processionary Thaumetopoea pityocampa nests in the Scots Pine Pinus sylvestris. They were too high up to lop out even with the long handled extender type loppers so I got Alex to saw off the entire branch. He was really dubious, but I think came round to it as a practical solution that doesn't in fact spoil the look of the tree. Once the branch was down on the ground I clipped off the nests and immersed them in a bucket of water (with a lid, because they float). This is a low tech, inexpensive, environmentally friendly way of dealing with an insect that is actually rather dangerous. Normally I would live and let live (eg paper wasps nesting on the veggie garden gate post). Pine Processionaries are one of the few exceptions and I was careful not to expose myself to their urticating hairs. 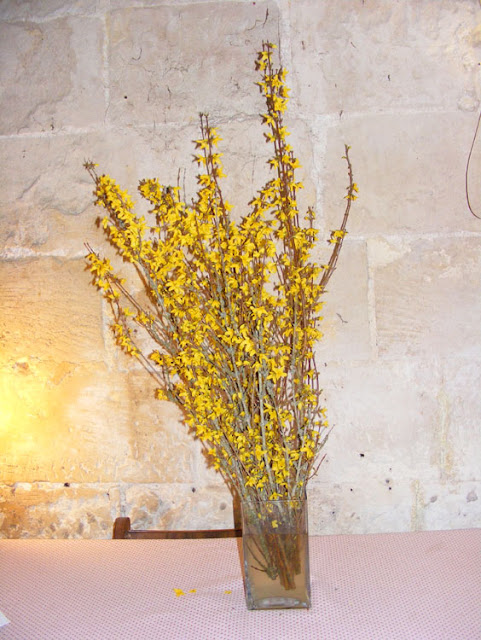 The forsythia by the gate wasn't out when the hedge was trimmed and Nicole was careful to check with me whether she should cut it. When I said yes she suggested I gather the sprigs and take them home. They only took a couple of days to come out in a vase.