While we were in Australia we stayed a couple of days with friends and fellow bloggers Sue and Leon in their new house at Trentham. Despite a once in 100 year weather event which involved it pouring with rain and blowing a gale we had a great time and really appreciated their generous hospitality.

Trentham is in the Central Highlands of Victoria. The landscape is a mix of pasture, small picturesque towns and forests of magnificent eucalypts growing alongside granite outcrops, including Hanging Rock, which is just down the road. The remains of gold mining are everywhere, and hardwood native timber is still extracted and was once one of the biggest industries in the area. I love this type of landscape. 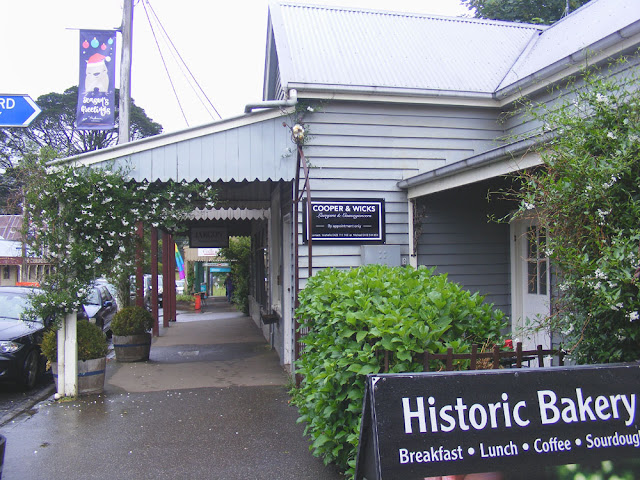 The old bank is now a restaurant, with a mural on the exterior. 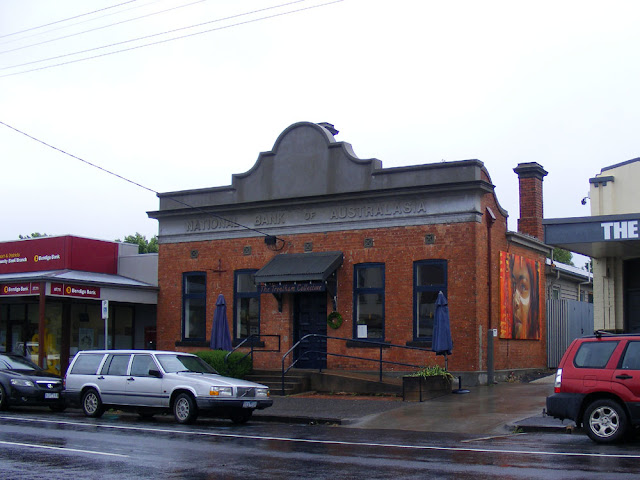 Breakfast of a croissant, berry jam and coffee in Chaplins at the Muse in Trentham.
I like the idea of using a baby spinach leaf to stop the jam sliding around. 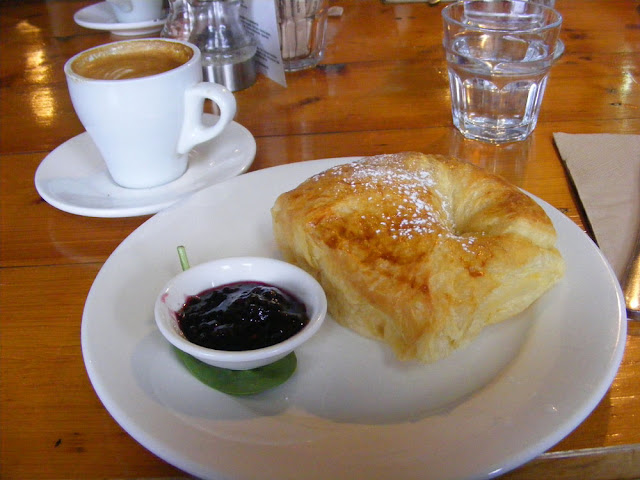 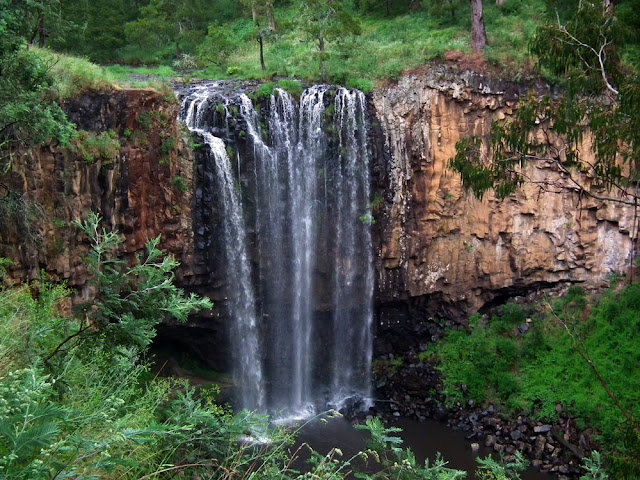 The falls are the longest single drop in Victoria, situated in the Wombat Forest. The drop is volcanic basalt columns and the Coliban River drops 32 metres onto a bed of quartz.


Grey Kangaroos determinedly out grazing in the rain. 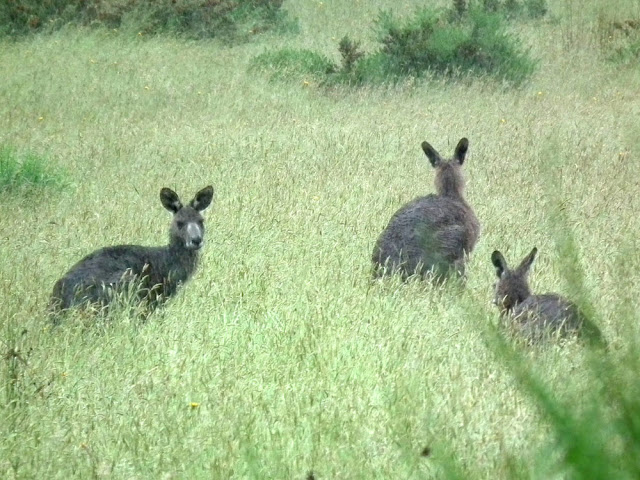 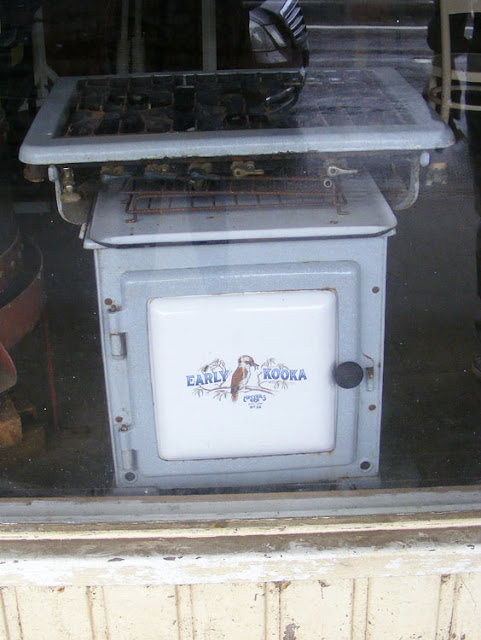 This enamelled cast iron gas stove was on display in one of the antique / bricabrac stores in town. It is an Early Kooka made by Metters in the 1930s. Stoves like this were greeted with relief in towns that were big enough to have gasworks. They were easier to clean than the previous generation of exposed cast iron wood burning stoves, and gas heated up the house less than a wood fire. 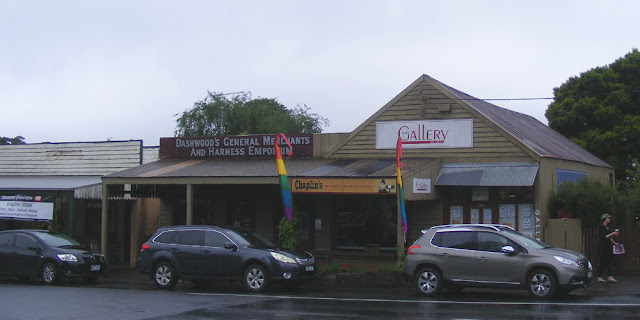 Enjoyed having you both stay - great pics as well.