The late 1980s was one of the few times in my life when I had properly disposable income. I was in my late twenties and interested in costume and fashion. Naturally I bought myself a few interesting pieces, usually from independent women's wear boutiques in Toowoomba. After 30 years not many of these garments are left in the wardrobe, but one of them in particular has been regularly worn and always packed when I head off for somewhere warm and sunny. 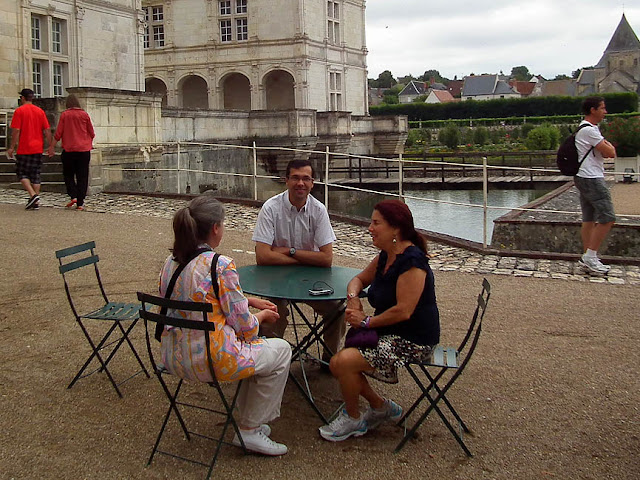 One of the garments I bought in my affluent period was the only item of clothing I have ever purchased because I saw it in a fashion magazine and actively set out to buy it because I liked it so much. The magazine in question would have been Vogue, to which I had a subscription.


With Simon at our friends Rick and Helen's former house in Canberra in 2014. 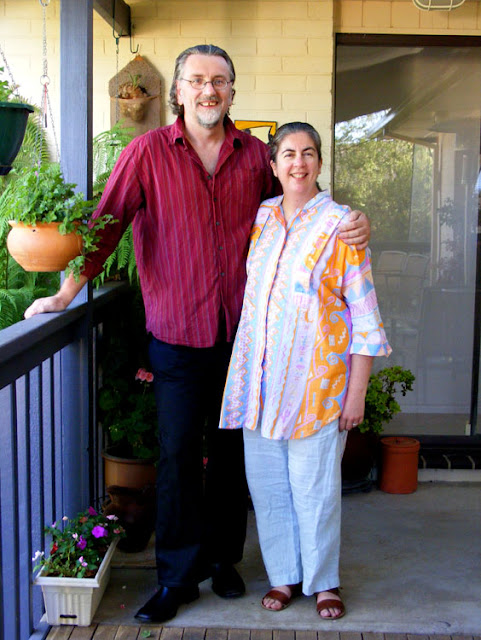 The garment is a long loose fit T cut shirt, with sleeves that are an extension of the front and back body pieces, not set in. There are non-functional dungaree style straps which cross at the back and come over the shoulders. The print is a vaguely Mexican themed irregular stripe in blue and lilac pastels and egg yolk yellow. There is no collar, just the collar stand, and the buttons down the front are hidden by a placket. The sleeves are finished in a band which buttons. The hemline is a classic curved shirt tail. It's made of a smooth lightweight 100% cotton poplin, with flat two-hole lilac plastic buttons.


With Liselle at Ferrière Larçon in 2011. 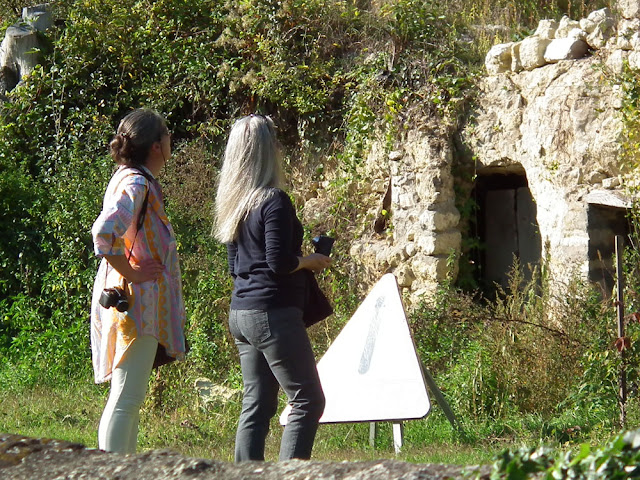 The Australian fashion label Mark & Geoffrey designed a range of garments using this print, which were featured in Vogue I remember. I can't find out who the textile designer was, but it might have been Mary Shackman, who they often worked with. Mark Patrick and Geoffrey Williams were a promising young pair of designers who worked together for about 10 years. Mark Patrick now owns a homewares store after working for many years as a journalist and PR consultant. I can't find out anything about Geoffrey Williams. 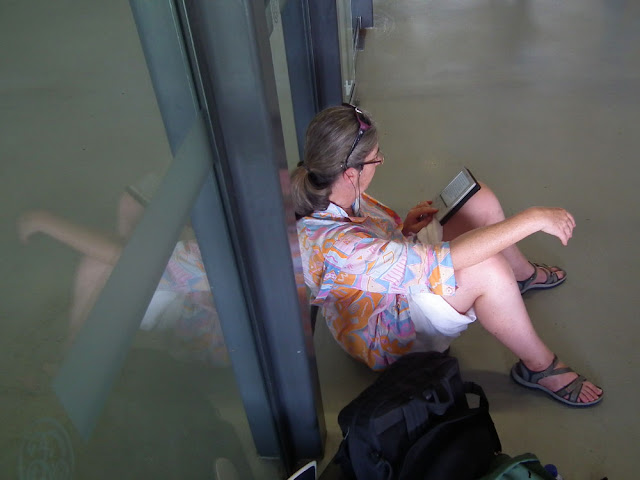 This shirt has been a favourite of mine for 30 years, but I wore it for the last time when we were at the cricket in Australia earlier this year. It was perfect in the 47C heat, teamed with white cotton fishermans trousers (a gift from Rosie, my sister in law). However, 30 years of washing and drying had taken their toll. I moved in my seat and the fragile fabric ripped in several places on the back. It was irreparable, and with some sorrow I threw it out.

It would be interesting to get a number of people to write on this theme, My Single Favourite Item of Clothing... giving the reasons why. An edgeways point of entry into human life stories...

I did my t-shirts https://daysontheclaise.blogspot.fr/search?q=Simon%27s+T-Shirt+Archive&max-results=20&by-date=true

So it's obviously a fashion icon thing :)

Thirty years of wear from any garment shows quality!!
Good decision to hunt it down...
sad moment saying goodbye to an old faithful!!
But, it seems to have told stories....

Pauline has many such items... whereas us menfolk tend to hoard t-shirts!! Yes, Simon... I have many.... possibly too many... and like yours, they tell stories too!

I doubt if many people could identify their single favourite. I certainly couldn't. I have lots of favourites.