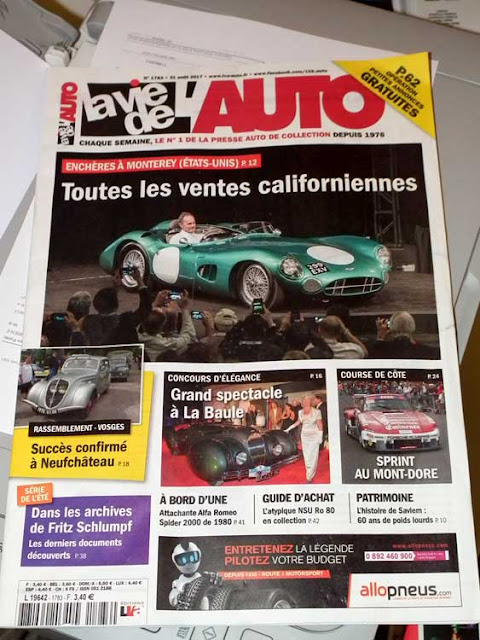 We wrote last year about the Assumption Day rally at Lésigny.

What we didn't mention at the time (because we didn't know if it would go anywhere) is that we were interviewed by M. Jean-Pierre Potier, the local correspondant for the magazine "la vie de l'Auto". It's a weekly magazine, reasonably priced, which reports on classic car events, auctions, car museums, and the current situation in the classic car world in France. 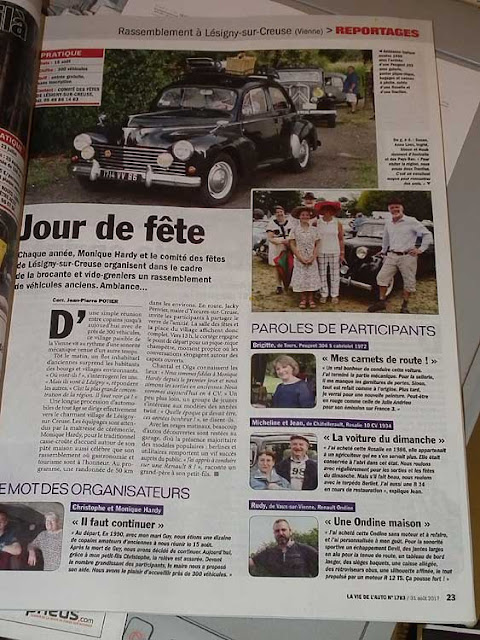 
Did you spot us yet? 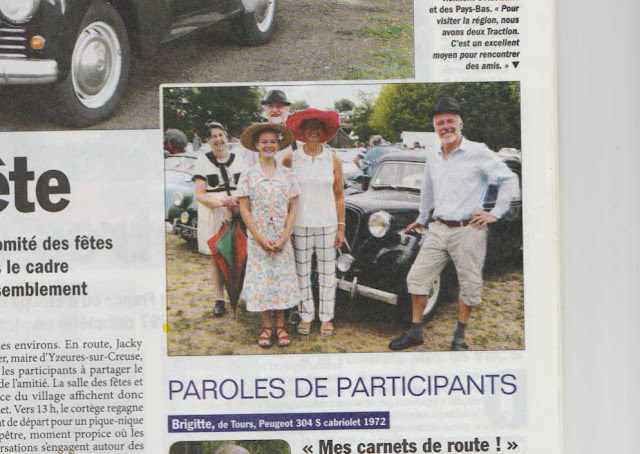