The Long and the Short of it


Something to brighten up a Northern Hemisphere January morning: 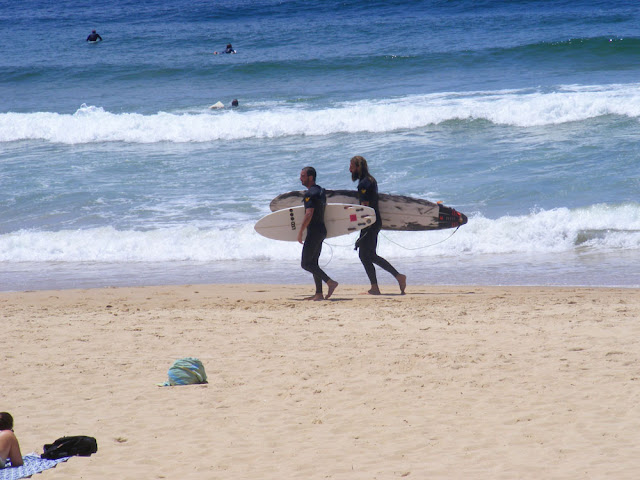 Surf culture is alive and well in the Sydney suburb of Manly, which has an ocean beach and a harbour beach.

The two guys in the photo demonstrate the two different basic styles of surfboard. The one at the front is a shortboard, the one at the back a longboard. Modern surfboards are made from polystyrene foam coated in fibreglass. The longer or wider a board is the more stable and easy to control they are.

Shortboards are for showing off on, zippy and contrary so that the rider's skill can be highlighted with a technique known as 'shredding'. Longboards are easier to paddle and stand up on but don't get airborn and can't be twisted into the sort of extreme turns and displays that modern surfing competitions put on display. They are more for the old fashioned art of hanging five (walking up the length of the surfboard to hang your toes over the very front of your surfboard as it is lifted up and pushed forward by a wave).

Our daughter lives in Manly so see photos of her life there quite often. It's a beautiful area.

Manly has a lot to offer if you like the harbourside life. It is tremendously noisy though. The hubbub of people is unbelievable on weekends.