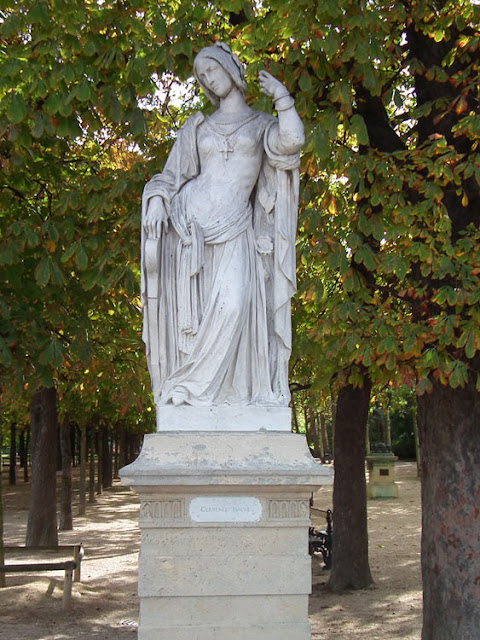 In 1513 the original literary society split into two separate organisations. The modern Academie des Jeux floraux is the descendant of the group who invented an endowment to the city of Toulouse and the character of Clémence Isaure, claiming that a condition of the endowment was that a poetry competition be held annually. By this means the city of Toulouse found itself funding the annual event. The members of the society co-opted the tomb of a local aristocratic woman, turning her effigy into that of the fictitious Clémence Isaure by modifying the sculpture to include various floral emblems. Amazingly they got away with all of this and the Academie survives as a respectable literary society.

The Jardin du Luxembourg has statues of 20 French Queens and Illustrious women. The subjects were chosen by Louis-Philippe I in 1843. This statue was created by Antoine-Augustin Préault 1848. To see Clémence looking wistful you have to go here.