One of the surprises of the Sydney harbour and seaside suburb of Manly is the presence of a colony of Little Penguin Eudyptula minor. The authorities are a bit cagey about how many birds there are exactly, and where you can find them. This is because they are greatly at risk by human disturbance.


Foxes are a threat to the penguins, as are domestic dogs. 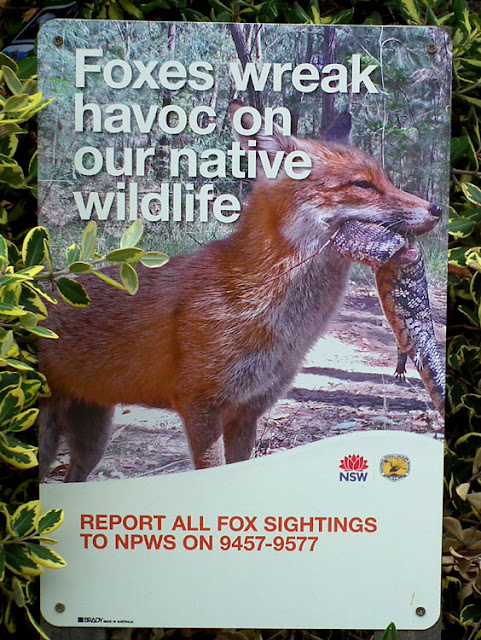 The penguins spend much of their life out at sea, but they come in to Manly to breed in burrows between May and February. They use a number of islands in the harbour but also 60-70 pairs uses various secluded (and not so secluded) coves and are the last remaining breeding colony on the mainland in New South Wales.


Kids are encouraged to get involved with the penguin conservation project. 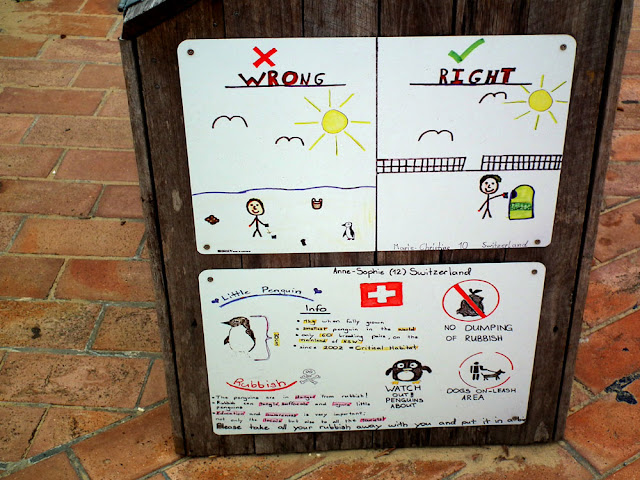 The penguins are diligently protected by volunteer guardians who watch over them as they scoot up under the wharf at Manly. Members of the public are welcome to watch from a suitable distance, and the volunteers enjoy passing on their knowledge and enthusiasm for the little creatures. Because of the penguins, dogs must be kept on leashes along the Manly foreshore. Plastics and fishing detritus are a problem too. The volunteers pick up rubbish on the beach, but Lucky is so called because he was rescued from entanglement in fishing net. The penguins can also swallow plastic flotsam, in the mistaken idea that it is prey.


Trust me, there is a penguin (possibly two) in this photo
(on the left, under the wharf, near the bent metal bar). 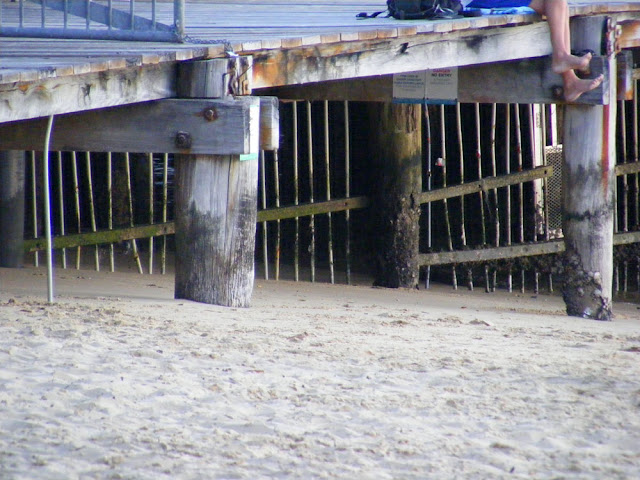 Young male penguins return to the place they were born. The wharf in Manly Cove once had several pairs, but now only has Lucky, who was born there, and Bella, the mate he enticed there several years ago. This year they raised two chicks, so perhaps the colony will be augmented next year if they were male. 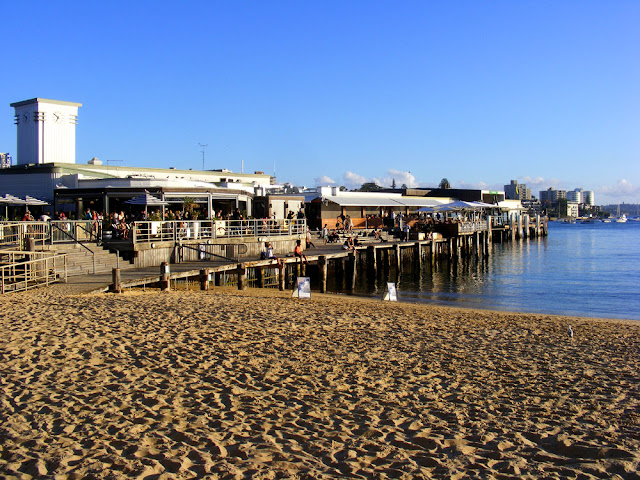 Little Penguins are the smallest of the penguin species, found on the southern coast of Australia and New Zealand. They stand about a foot high, weigh about a kilo and a half and are slate grey on the back, white on the front.


At dusk the access to Manly Cove beach is closed so that the penguins who nest under the wharf can come in to shore undisturbed. 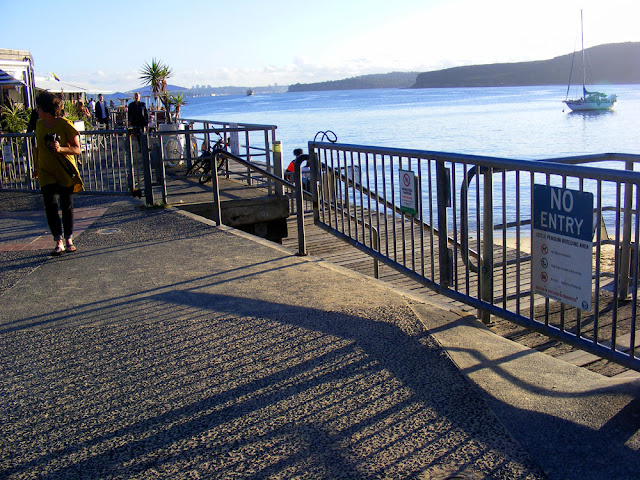 I can remember as a small child being taken to Australia's most famous Little Penguin colony, on Phillip Island, south of Melbourne, to see the penguins come in for the night. I also remember that visit because it's where I caught measles.

A display outside the now closed Manly aquarium. 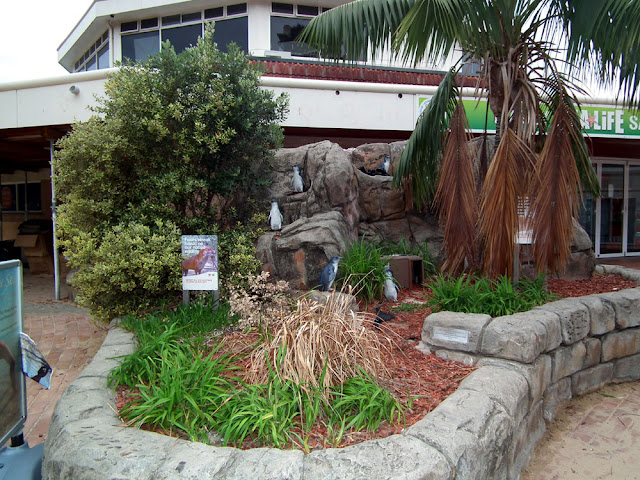 There's a battue, an organized hunt, going on today out in the vineyard and woods behind our house. The target: foxes.

Foxes are routinely poisoned in Australia, where they are invasive aliens.