The Largest Medieval Fortress in Europe

As we were driving north through Brittany to Mont Saint Michel in July 2017 I noticed a sign advertising a historic attraction. 'If you haven't seen Fougères you haven't seen anything' it said. Then there was another sign which said 'Fougères, the largest medieval fortress in Europe'. 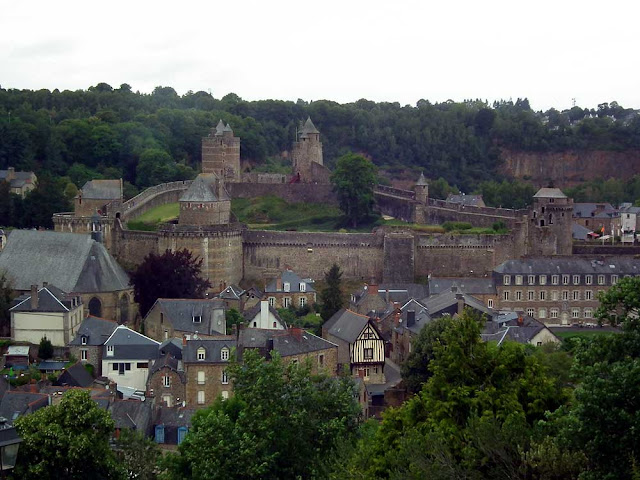 Well, this was all news to us, so we thought we'd better stop. After a bit of going around in circles while our GPS didn't cope, we finally made it to the top of the hill which looks out over the 'largest, best preserved medieval fortress in Europe' and out over a valley and extensive farmland. There's no doubt it's impressive and very medieval. We reckon it might be worth a proper visit in the future. The town of Fougères is attractive and would make quite a good base for exploring the area, which has a lot more to offer than just the chateau. 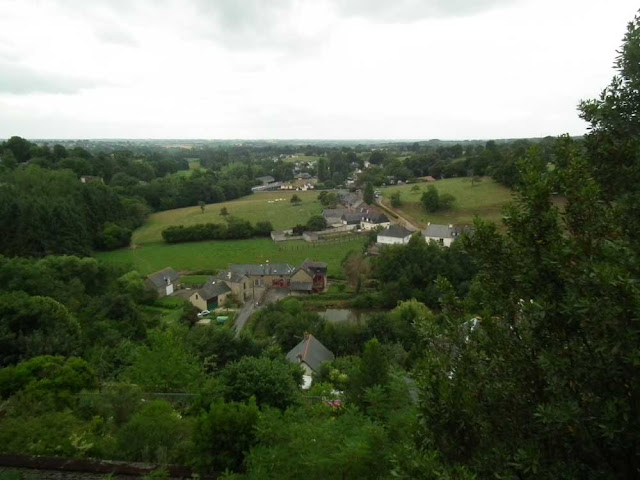 The fortress of Fougères defended the independent Duchy of Fougères for 500 years, from 1000 to 1500. It's in marcher country, that is to say, in a band of frontier territory that is along an oft disputed border, in this case with Normandy and Maine. Most of what you see today dates from the 12th, 13th and 15th centuries.

The complex has access to the River Nançon, which was used for both defensive and more domestic purposes. Ditches could be flooded at will to turn them into moats and from the 12th century there was four waterwheels powering flour mills. Even today, one of the wheels has been restored and generates electricity for the site. The vast lower court functioned as a space where daily life went on in times of peace, with workshops, gardens and warehouses. In times of war it served as a refuge for the local population and protected the well which was the only source of potable water. After providing centuries of vigilance and protection for the Dukes of Britanny, the chateau finally fell to the cannons of Charles VIII in 1488 (taking advantage of the death of François II, Duke of Britanny, leaving his 11 year old daughter Anne as his heir).

Apparently Lawrence of Arabia really rated the castle, saying 'this castle is really above and beyond everything that one can say...I'm not sure that Fougères is not the most beautiful of them all.' (Note that I couldn't find this quote in the original English so I've back translated it from the French text on the chateau brochure, so it could be slightly off, but you get the idea...)

had never heard of this...there are so many interesting & beautiful places in France to visit

Good photos. Were they taken from the public garden at the top of the town? We think that Fougeres and its surrounding area are well worth exploring. One of my most memorable days in France was driving around all the 4-flower villages in the area. There are some spectacular villages that have more flowers than inhabitants.

This was one of the many places that we saw from the Tour de France helicopter and thought that we should visit one day. We toured around for a few years while on holidays and then finally bought the house in which we now live.

Yes, they were taken from the garden by the church that overlooks the town.

We have visited here twice, the most recent being December 2016. It is one of our favorite places. If you make it back, don't miss climbing to the top of the church bell tower in the middle of town. The view is spectacular!