...oops -- forgot to photograph the hors d'oeuvres before it was too late... 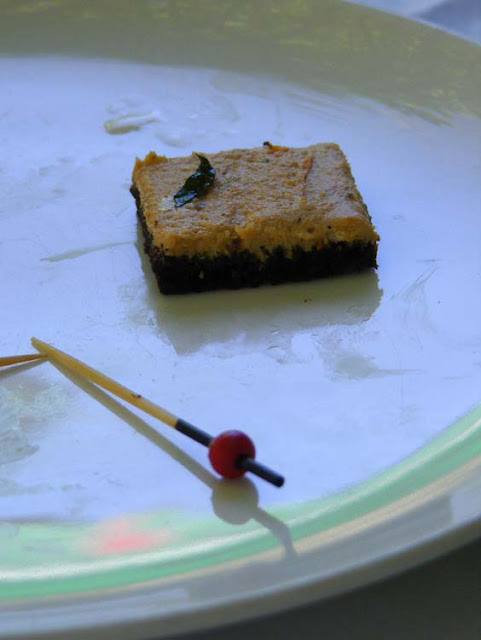 The small village of Chédigny near Loches has a lot going for it. The whole place is designated a 'remarkable garden' and the streetscape brimming with roses and flowering perennials. Very conveniently it also has an excellent restaurant. We have been using it with clients and recommending it to friends for several years now. 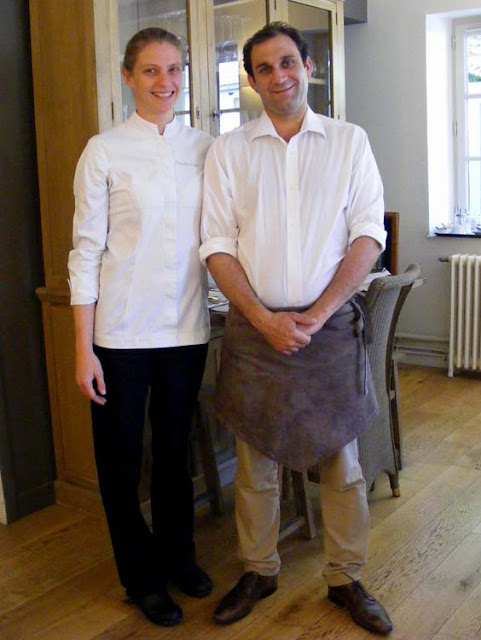 In October 2015 I emailed Stéphane Tortissier, the owner, to book us in for lunch later in the month. I was very surprised to receive a reply from someone called Julien Pascal, who told me that he and his wife Armelle Krause were the new owners, and of course, we and our clients were very welcome to come for lunch. Luckily the new owners have continued in the vein of the previous and we still happily eat there. 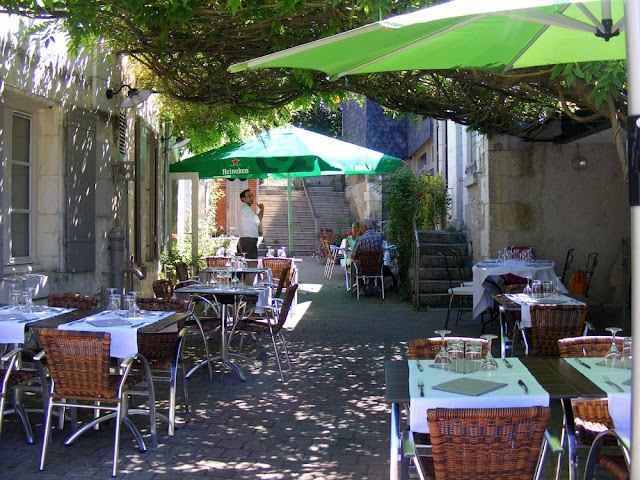 When I asked Julien recently if I could take some pictures and write about the restaurant on the blog his response was charming. He said, 'Just a minute. I will call Armelle. She must be in the photo. Without her this place would not exist.' When I suggested a photograph in the kitchen Armelle was not keen however. She frowned slightly and said it was too messy in there. I've encountered this reaction before. I think our readers would be interested in the working kitchen, but French people think food should be respected and not presented in a disordered cluttered way. I don't blame her for wanting to control the image of her restaurant that goes out. I would be exactly the same if it was my business, but I do think French and Anglo people notice different things and have a different tolerance level for randomness (for want of a better word). 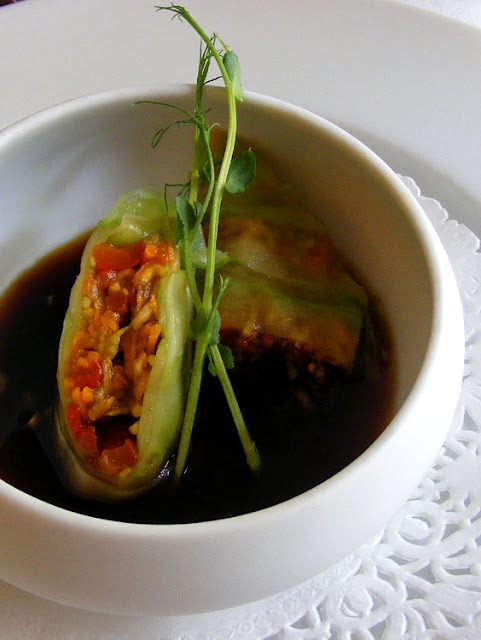 Julien, on the other hand is relaxed and casual without being offhand. He tells me he is from Bourges originally. His English is very good and he manages the front of house with efficiency and a smile. The dining room and terrace are laid out attractively, decorated in neutral colours, the crockery and glassware plain, the cutlery quietly stylish. The wine list is good, mostly local but with a few interesting outsiders.


Cod back in white butter sauce with polenta. 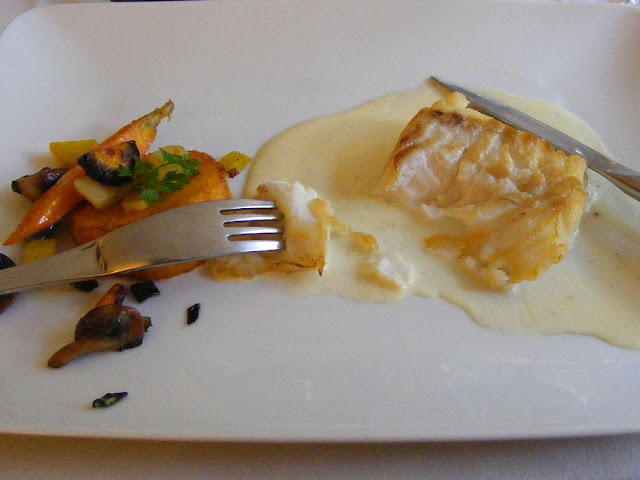 Armelle comes across as a truly vocational chef. She believes in as few food miles as possible and using ingredients seasonally. She likes to play around with the menu a bit, serving the same dish with tweaks and variations depending on what she has available. She's an advocate of simple foods and ingredients that aren't messed around with too much. Apparently she didn't leave school with a burning desire to become a chef though. That surprised me a bit. She strikes me as the sort of driven, rather introverted person who has always known what she wanted to do. She had always enjoyed cooking though and at some point she was accepted at Ferrandi, the French School of Culinary Arts in Paris. 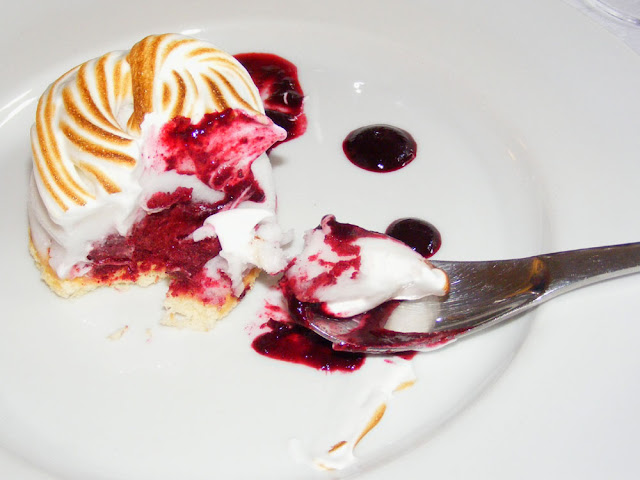 Armelle trained and worked in Paris then worked down on the Riviera Mediterranean coast, then back in Paris, before the couple decided to move to the Loire Valley to fulfill their desire for a less pressured, more family oriented life. At first she worked in another chef's establishment, but their dream was to buy somewhere of their own. After searching for some months last year they were becoming despondent. They wanted a small restaurant in a building with character. Nothing that seemed right was available. Then one day they visited Chédigny. It was immediately obvious to them that this was the place they had been seeking.


The Clos aux Roses is not just a restaurant. It is also a small hotel or B&B with five bedrooms, there is a function room and bar, and it is the village post office.

The weather in Preuilly since we returned from Australia has been... .interesting. It has been very wet, quite windy, but by no means cold. Overnight lows have been around the 10°C mark - so mild that last night we didn't stoke the fire before bed. The salon was 19°C when we got up this morning, so the fire has been lit to maintain a pleasant environment, but we are amazed that in January we have been able to allow the fire to go out overnight - a first for us.

Looks a nice place with great food. You are right about the tolerance level, a good example are the photographs in the 'annonces immobilières.' So dont bother to tidy up and we have even seen them with a child still in a bed! You would not get that in an UK Estate agents photos...

Unusual, I would think, to have the husband running the front of the house and the wife in the kitchen.

The kid in bed example is fantastic! It seems to me there is a difference between domestic and professional spaces. French professionals, like chefs, are often neat and tidy to the point of OCD. Chefs have issues of hygiene and small work spaces to consider too. The difference in attitude has to do with how important the presentation of food is.

It's not uncommon, but it's true that it is more usual to have the husband as chef and wife in front of house.

Thanks for the recommendation. We'll try it out on our next visit to Le Petit-Pressigny.