Recently we had the opportunity to visit the Greniers de César (Caesar's Granaries) in Amboise. They are privately owned, by the Hotel Le Choiseul, and access is by guided visit or permission of the hotel only.


Once the Duc de Choiseul's townhouse, now a luxury hotel. 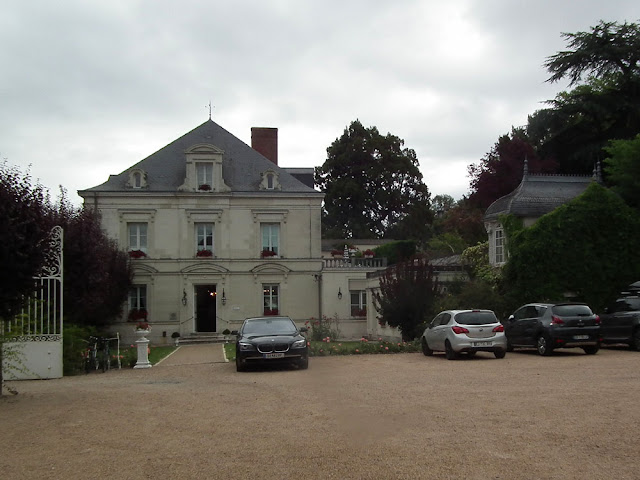 They are well worth going to see if you get the chance. Consisting of several large tunnels gouged out of the limestone spur that Amboise is built on, they don't sound very exciting, but believe me, they are stonking!

The site was originally occupied by an Italian hermit called Francis de Paule, who came at the request of Louis XI in the middle of the 15th century. The Duc de Choiseul, former Prime Minister to Louis XV, took over the site about 1770, when he was sent into exile by the King.


Looking up at the tunnel entrances. 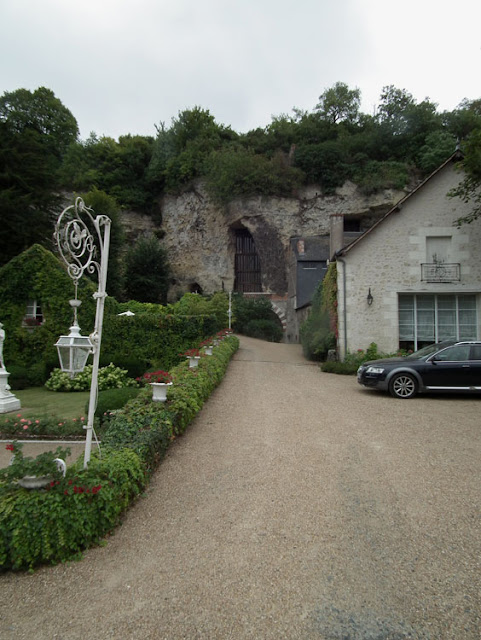 The 'Granaries' are a series of vaulted tunnels excavated from the limestone. Their length varies from 40 to 90 metres and they are 12 metres high. The lower tunnel was dug independently of the others, the upper ones are divided into three by wooden floors.

19th century historians believed that the site was Roman in origin, and they've been known as the 'Greniers de César' since at least the 18th century. We know that the Romans chased the Turonien Celts off the plateau in the first century BC. The Turoniens had lived there for centuries, but there is no evidence that Julius Caesar was ever in Amboise. 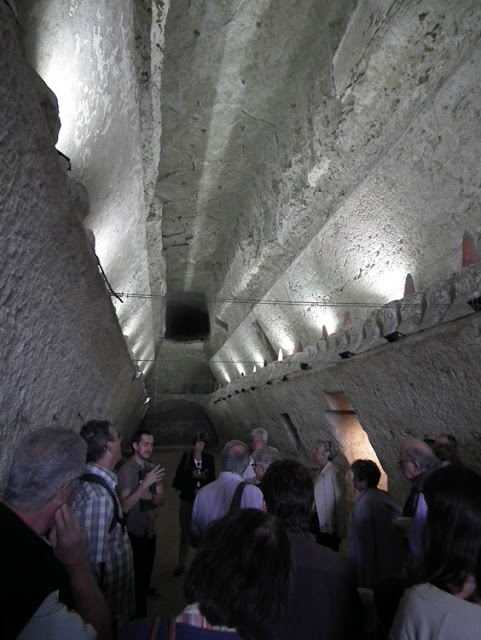 A municipal archive document from 1548 mentions the digging of tunnels for Sir Jehan Gastignon, herbalist-apothecary royal. So the tunnels would have been simple quarries, and the stone used to construct a quay on the Loire.

On the death of Gastignon the 'Granaries' were sold to the monks of Les Minimes, the convent next door. They modified the tunnels and added the wooden floors to use the complex to store tithes of cereals. They also dug four silos to dry their grain. The silos are brick bottle shaped constructions with a void between the bricks and the rock. Originally the gap between the inner and outer skins of the silos was filled with sand dredged from the river, to control the humidity and keep the grain dry. A staircase links the river to the plateau and comes out in a private garden just beyond the Chateau Royal grounds. Trapdoors allowed the grain to be dropped in from the chateau level, stored in the central brick bottle shaped silos and dropped through to the ground level when the time came to take the grain away for use. Nowadays the silos are also enfilade, with doorways leading from one to the other. These were added sometime before 1830.


The underside of one of the wooden floors dividing the main tunnel. 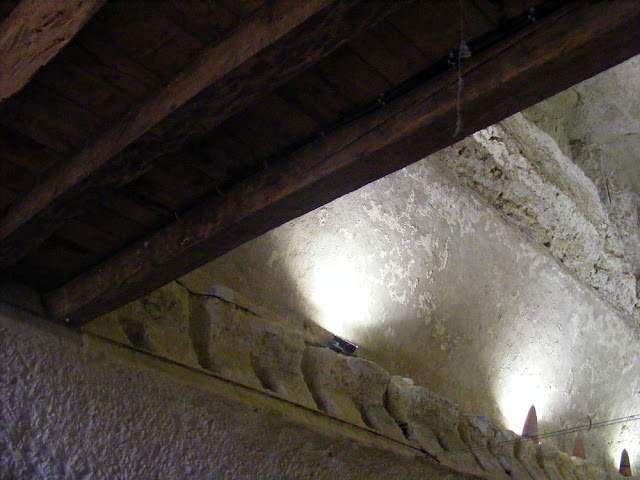 At the Revolution the religious community was evicted from les Minimes and the granaries abandoned. In the 19th century they became the property of the chemist Chaptal, who bought the Choiseul estate. The cone shaped objects you can see on the cornices in some of the photos are sugar moulds from Chaptal's factory. No one knows why they are now in the tunnels. Later the tunnels became wine cellars, and are now owned by the Hotel Choiseul.


The staircase from looking from level two up to the plateau. 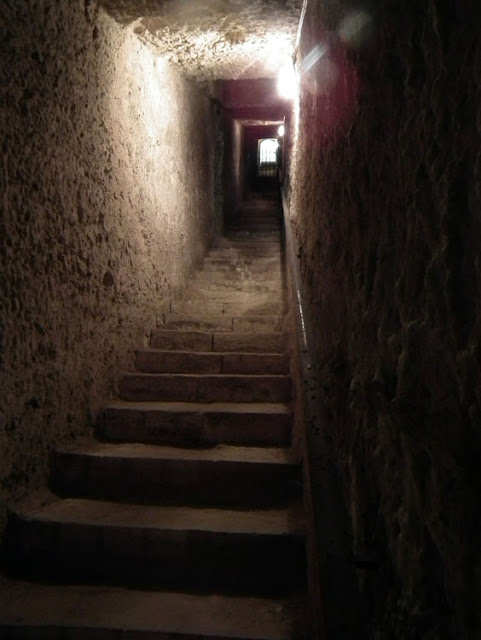 For more information (in French) with diagrams, check out Touraine Insolite.


The inside of one of the silos. 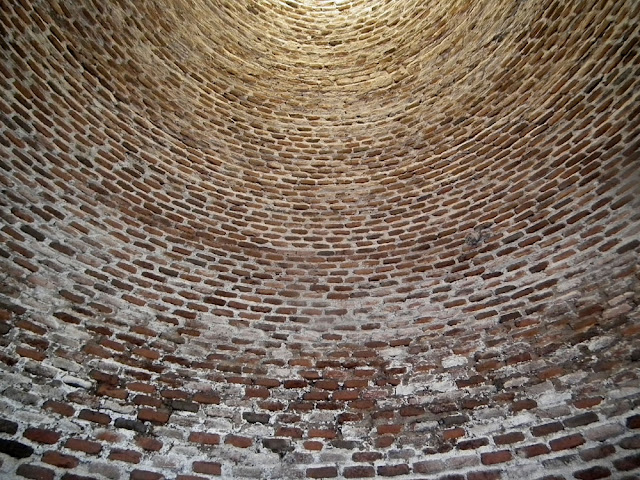 Many thanks to Grégory Millet, our guide at the Greniers de César, who took the time to email me his notes after our visit. Grégory is a professional guide working for the Tourist Office in Amboise and can be contacted there for any information about the area.

Email ThisBlogThis!Share to TwitterShare to FacebookShare to Pinterest
Labels: Prehistory, Towns and Villages near Preuilly

Pretty amazing. That's just the kind of thing we like to come across on our travels. Unfortunately, some of the most intriguing sites we find on Monumentum.fr are privately owned and it's unlikely we could arrange to see them even if the owners are willing. Our trips are too short!

But that's where Loire Valley Time Travel shines, with your ability to connect short-term visitors to unique places in the Loire.

I do wish LVTT could extend its range northward, say to the Orne and the Mayenne!

Too far for the Tractions, and I don't think my brain could cope with all the additional detail I'd have to be able to spout.