Low Rainfall in the First Half of 2017

According to the local newspaper there was 7mm of rainfall last Tuesday in the Touraine du Sud. It was enough to stop the pasture from curling up and dying, but that's about all. This area is particularly diversified in terms of its agricultural activities, so it provides a good overview for the local agricultural development officer.


Lupins, a crop that likes sandy soil, in the Vienne valley. 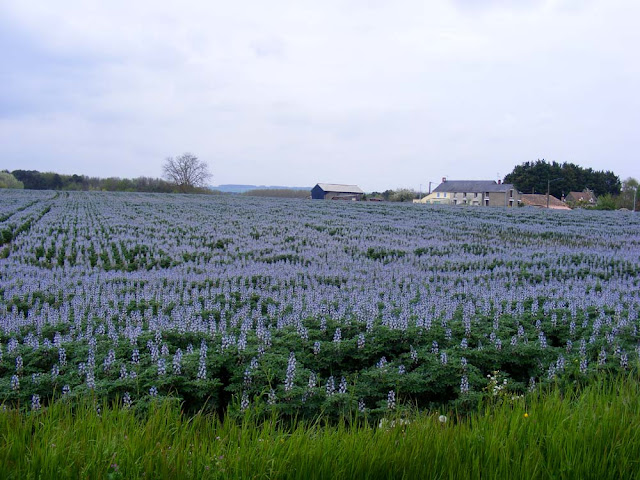 He says that the lack of rain would not have had such a negative impact if the département wasn't already in a state of water deficit. There was drought in 2015, then despite the floods in June 2016, the water levels since July 2016 have been low. We did have significant rain in November last year, but not enough to bring the water levels up to normal. He added that whilst we haven't technically had a heatwave in the last couple of months, crops have been subjected to considerable heat stress.  The high heat of the end of June and the first couple of weeks of July could not have come at a worse time for the summer crops, falling as they did just before the first maize silage should have been cut.


Flax, a crop that doesn't like hot dry conditions, in the Claise valley. 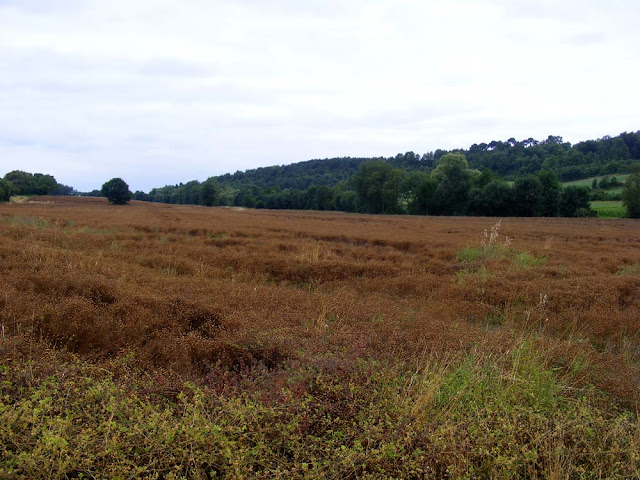 Obviously, whether a crop is irrigated or not makes a big difference. But contrary to popular belief, not all farmers irrigate. Irrigation is expensive. The farmer has to pay for the water, the electricity and expensive equipment. In irrigated fields the impact of this year's weather is minimal, but in dryland areas, there has been a 10 - 20% loss of productivity. The ag officer says it's difficult to be categorical though. It all depends on the soils, which vary considerably around here. You can find everything from dry sand along the Creuse to loam on the Saint Flovier plateau. 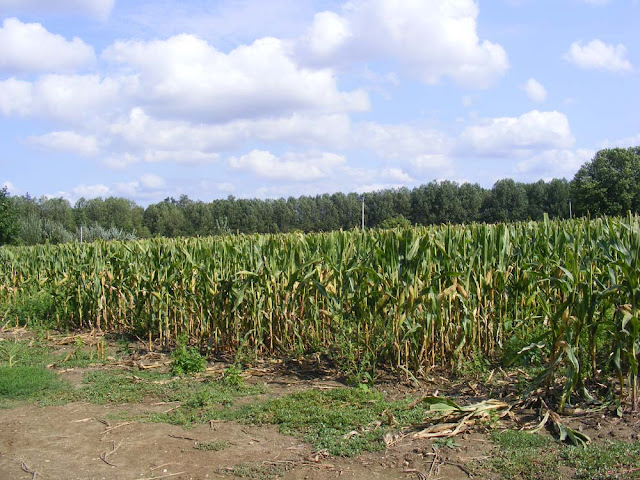 The same thing applies to pasture and oilseeds. Thanks to recent light rain they aren't totally crispy fried, but canola and sunflowers will be about 10 - 15% down. Soils are like us -- they sweat in summer, and at the moment, there is too much evaporation. Also, a surplus of water in autumn is as bad as a lack in summer. With climate change this situation will tend to become the norm. Another thing that farmers must bear in mind. 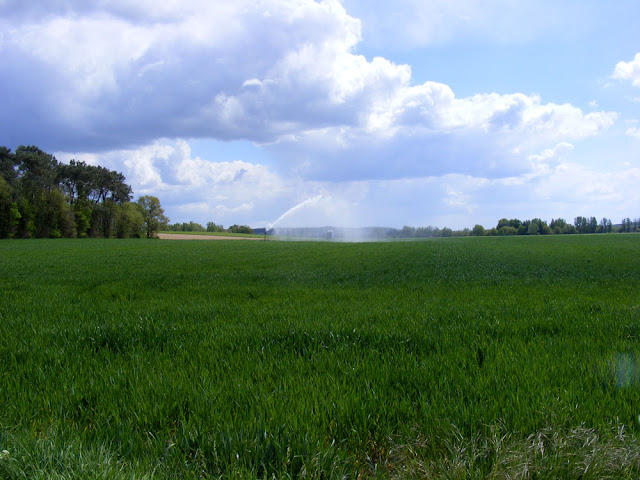 Farming experts here don't think there is a single miracle answer. In fact, whilst experimental work being done on new varieties of crops is useful, each farm will have to develop their own solutions, on a case by case basis.

The rain came too late for the rape (canola).... it was the first thing to be harvested this year, again, the pods were popping.
I think they might have taken an almighty loss again....
If you are still seeing some in fields, it is likely that they aren't worth the expense of harvesting and will be ploughed in.
On the other hand, the sunflowers might just have been saved and give a good return...
the heads are very large and the rain came just as the seeds are filling.

The rape seed that is lost will probably be allowed to grow back...and then ploughed in again as a buckshee green manure.... a friend of mine was never worried by a loss of a poor rape crop... but his grain crops were a different matter.... he'd even bring samples down the pub and analyse them over a pint or three!!

Yes, there was a lot of canola this year which was simply abandoned, in order to harvest the wheat. This year a lot of wheat was harvested before barley even. Farmers were presumably making judgements about what would net them the most income.