A Tale of Two Monuments

For many locals Léonard Perrault is just the name of a street in Amboise, leading down from Clos Lucé to the Porte des Lions at the Chateau Royal. But for anyone familiar with the cemetery in Amboise, they will know that there is a monument to the man right next to the Duc de Choiseul's, once Louis XV's chief minister.


The inscription on the Choiseul tomb to the Duchess.
Although it begins 'here lies' the date has never been added at the end. 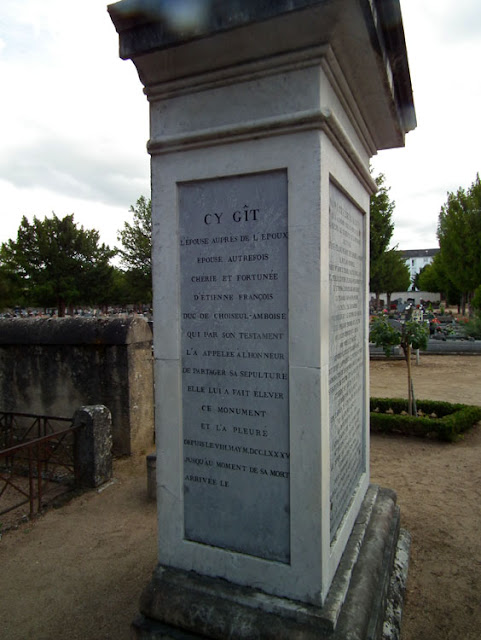 Perrault was a young man from Amboise of humble origins who rose to fame and fortune thanks to the Duke and Duchess of Choiseul. All his adult life he maintained his connection with them.

Born in 1750, his hard work on the Duc de Choiseul's chateau of Chanteloup was noticed. To encourage and reward him he was given a donkey and a cart. This was the beginning of his rise, enabling him to succeed in his trade as a mason. Ultimately he became an entrepreneur working for the King, responsible for building the levee banks along the Loire at Amboise. He spent ten years constructing the bridge over the Loire at Amboise but also operated a ferry to enable crossing in the meantime. Having a good head for business, he made a fortune. 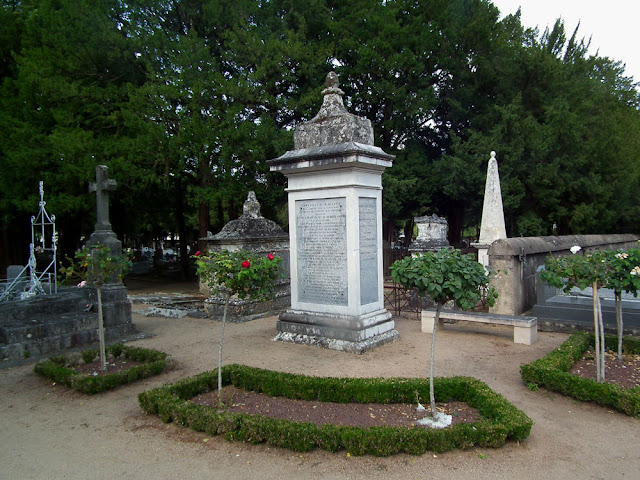 The histories of Perrault's and Choiseul's adjacent tombs are intimately linked. The Duke died in 1785. He had already bought some land for his last resting place in Amboise. He offered the site to the town and it is now the town cemetery. A mound and then a mausoleum was raised on his grave. During the Revolution his tomb was demolished to recover the lead.


The Duc de Choiseul's eulogy on his tomb. 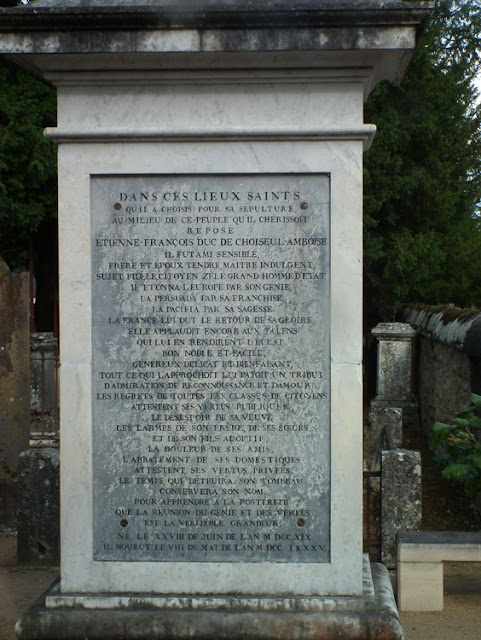 In 1802 Léonard Perrault, who had saved some pieces of the tomb, sought the right to reconstruct it. He financed the rebuilding on condition that he could be buried next to the Duke. At the time, the Duchess, ruined by the debts her husband had left, lived in a small apartment in Paris. Perrault, who by this time was wealthy, did not forget her and supported her financially. 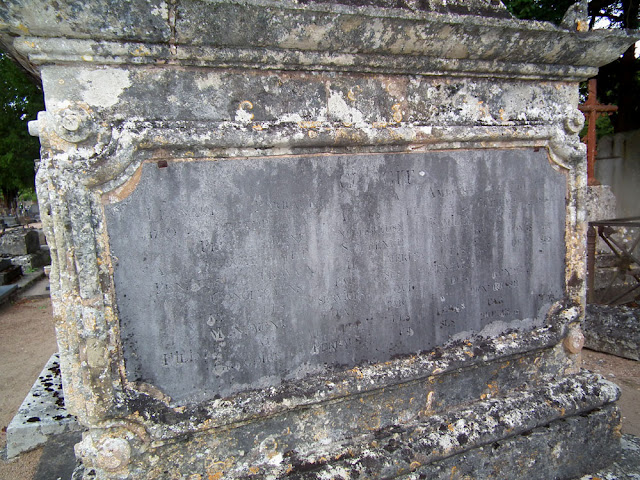 He died in 1815, leaving 18 children, who erected his tomb next to the man who had given him a leg up all those years ago. His tomb was listed as a historic monument in 1962, a few days before Choiseul's was also listed. The Choiseul monument has been restored several times, unlike Perrault's, which is now in a rather shabby state.

Many thanks to Pamela Shields for alerting me to this story and showing me the monuments.

Thanks to you for telling the rest of us about it. Such an interesting piece of history.

Glad you both enjoyed it.