We wrote the other day about a mystery float in the parade for the Comice Agricole, and it was suggested it was the float from Yzeures.


We know it wasn't, because we saw the float from Yzeures being built, and it was this one: 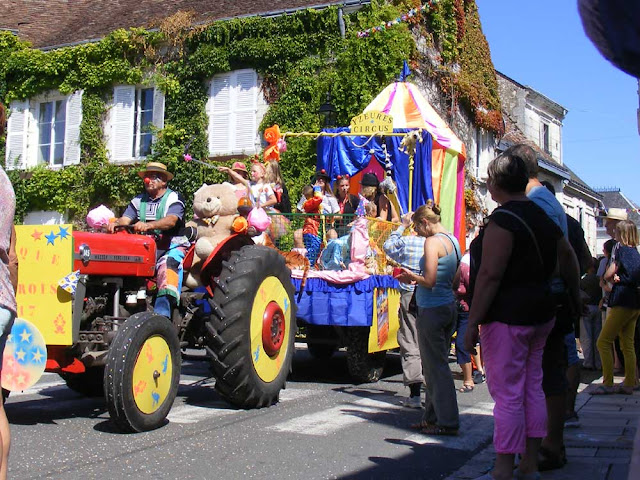 And look who's driving it - it's M.Denis, to whom we entrust the care of Celestine & Claudette! 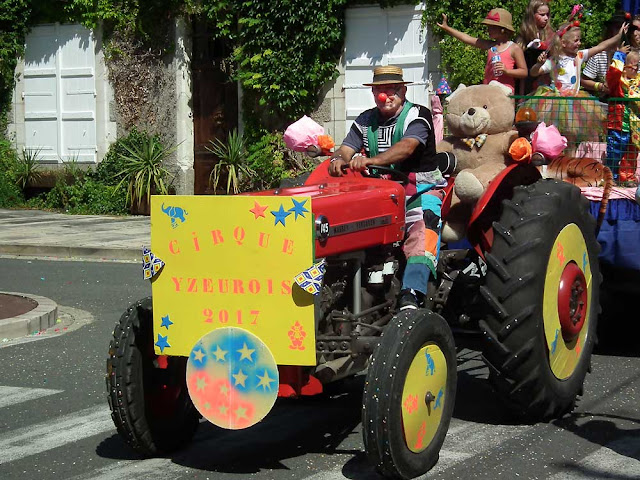 M.Denis has recently retired from owning and running quite a large Renault concession and general mechanics, and has rented a shed to concentrate on fixing old tractors. He also works on various classic cars, and always does a stellar job of greasing the Grand Dames' various creaks and aches, and can be relied upon to ferret out any little problem we may have.

The Yzeures Circus float had been in his workshop the last couple of visits (both cars recently had a pre-roadworthy test check-up) and we saw it in various stages of creation, but we didn't realise M.Denis was going to be all clowned up and driving.
Posted by Simon at 09:00