Where the rainforest has been opened up by cyclonic storms you will find the notorious stinging trees growing. In south-east Queensland there are a couple of species. The one in my photos is Giant Stinging Tree Dendrocnide excelsa, which can inflict severe pain that can last for several months.


Looking up into the crown of a Giant Stinging Tree. 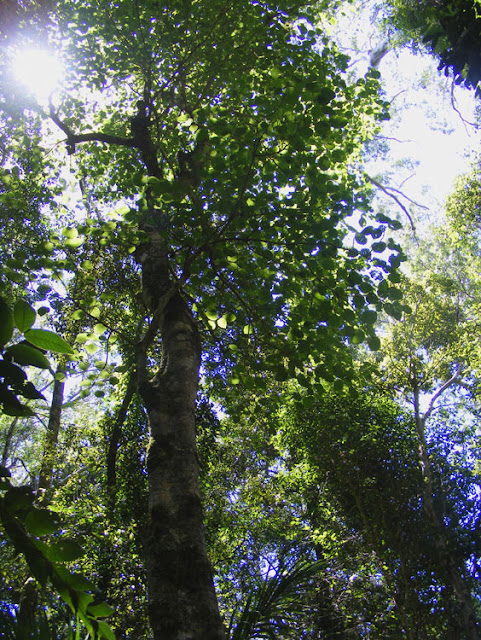 The Dendrocnide species belong to the Stinging Nettle family Urticaceae, and just like the common European herbaceous plant they carry stinging hairs, which if touched, deliver a neurotoxin. Giant Stinging Trees are not as dangerous as Gympie Gympie D. moroides, which causes agonising pain and has been responsible for the suicide of victims.


Check out those urticating hairs. 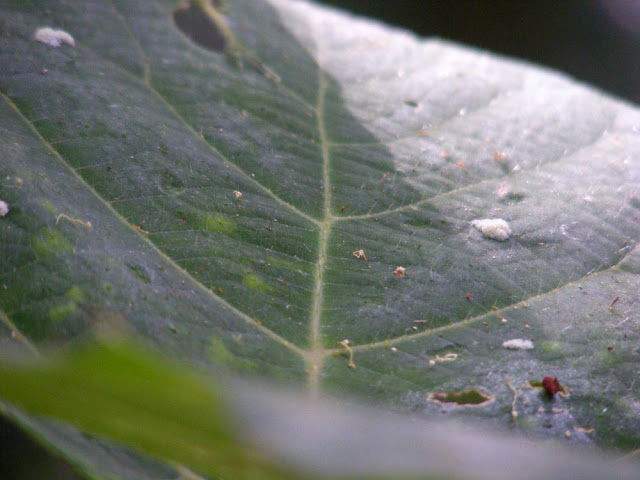 The trees are hairy all over, and can sting livestock and people. There are reports of horses and dogs being killed if contact with the tree is too comprehensive. First aid advice if you are stung is to use leg wax depiliatory strips to remove the stinging hairs. Wildlife, especially birds, often seem to be immune or have some protection against the stings, and the leaves and fruits are eaten by certain species. Aboriginal people obviously had ways of dealing with the stings as they used fibres from the tree for making nets and ropes. 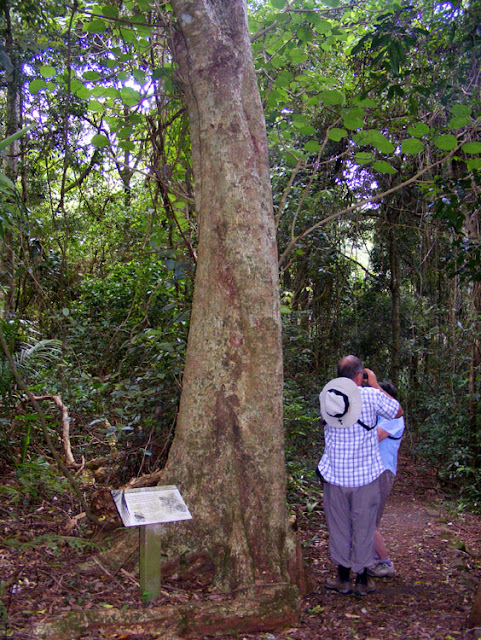 Giant Stinging Tree is a typical rainforest tree, up to 40 metres tall, with a buttressed trunk. The leaves are heartshaped and can be 30 cm across.
Posted by Susan at 09:00

What is it about Australia? It is a wonder that even the aboriginals survived ..... everything seems to be out to kill you.... on a massive scale! It is enough to give Texans an inferiority complex!