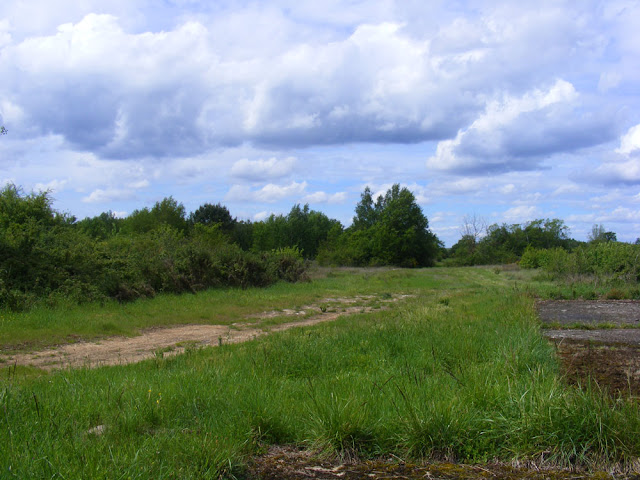 On Sunday 14 May Marc Fleury led a botany outing to see the last remaining colony of Tongue Orchid Serapias lingua (Fr. Sérapias à languette)  in Indre et Loire. The site is hidden away, well off the main road, and was once used as a source of kaolin for porcelin making. It is wet in the winter and dry in the summer, covered in rough grassy open areas and patches of scrub. Perfect for not just Tongue Orchids, but Loose-flowered Orchid Anacamptis laxiflora (Fr. Orchis à fleurs lâches) and Green-winged Orchid Anacamptis morio (Fr. Orchis bouffon). Apparently there are Autumn Lady's-tresses Spiranthes spiralis (Fr. Spiranthe d'automne) too, later in the season.

Tongue Orchids don't stand out much, being pale in colour and no higher than the grass they are growing through. 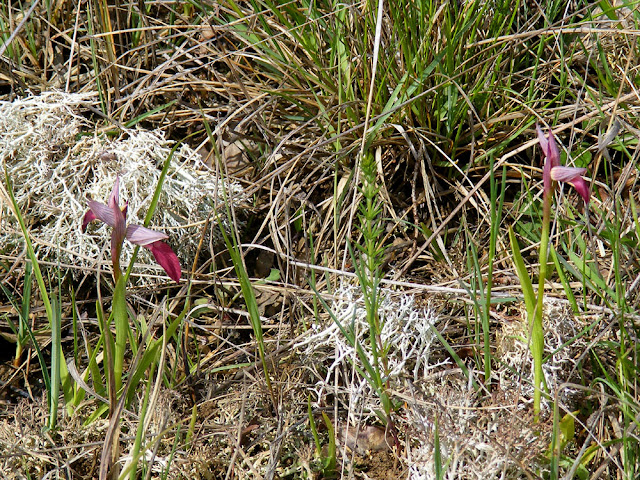 It is an extensive colony of Tongue Orchids, with hundreds of plants over, I would guess, about a hectare. It's quite difficult to avoid standing on a few plants, and the tracks through the site were quite boggy.

Green-winged Orchid, so named because the distinctive stripes on the lateral sepals are sometimes green. 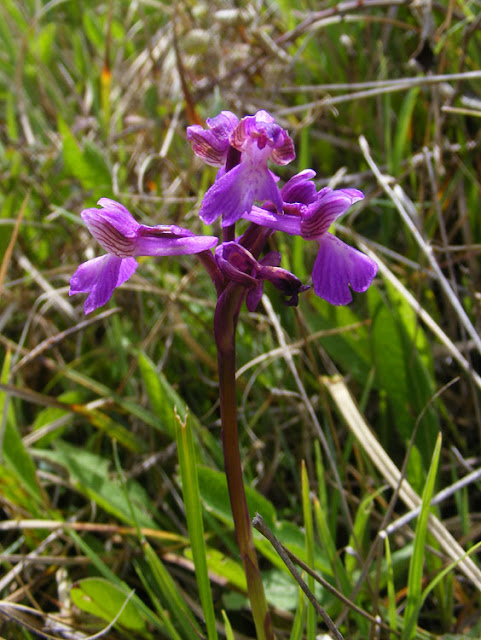 Tongue Orchids are one of the few orchid species that produces more than one bulb each year, so you often get multiple flower spikes very close together. They have evolved to have a large 'tongue' or labellum as their bottom petal. This serves as a landing pad for insects. The flowers act as a cosy resting place and insects often spend the night tucked up in them. When they emerge, with any luck, they have an orchid pollenia stuck to their back and will transport it to the next plant for cross-fertilisation.


The flower colour can be quite variable, so here is a rather dark tongued specimen. 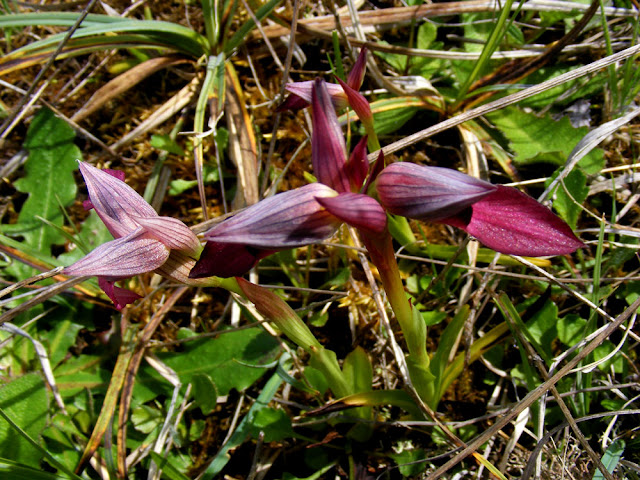 The former kaolin pit, now filled with water and very deep. It is L-shaped and bends away to the left beyond the edges of the photo. 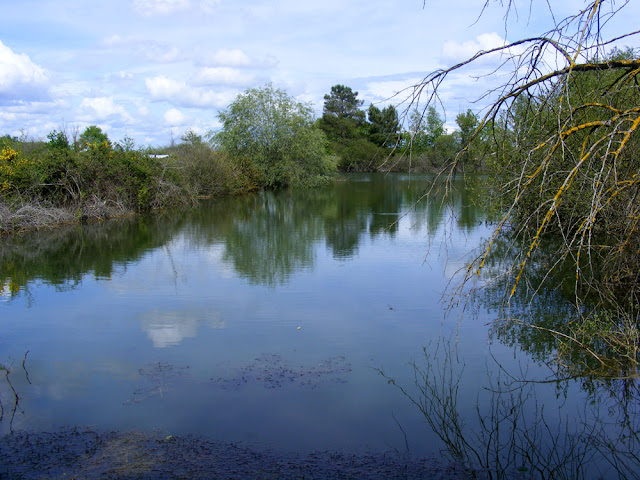 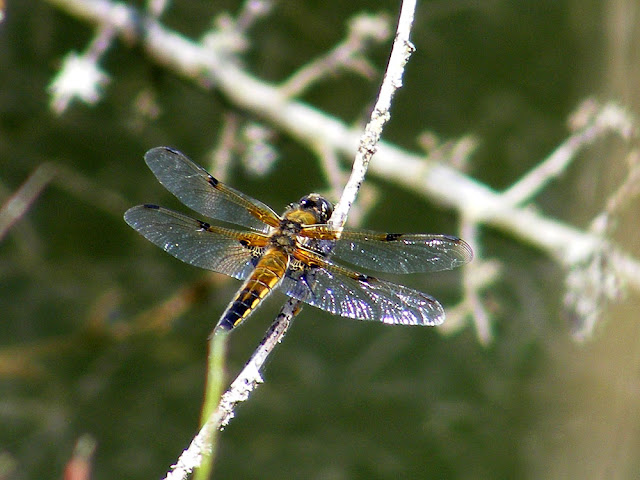 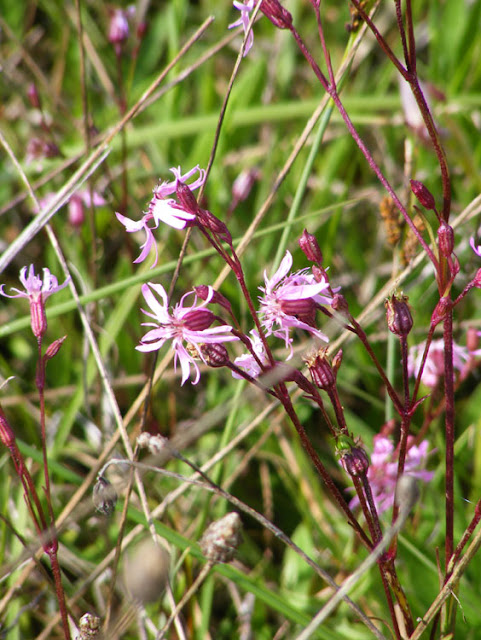 Ooooo... lovely!
Glad to see that it is (a) private and (b) preserved!

Thank you Tim for this information, and thank you Susan for one of your fabulous posts.

Enchanting to think of an insect snuggled into an orchid for a snooze.