Pink Orchids (and other botanical fun)


On Saturday 27 May the Association de botanique et de mycologie de Sainte Maure de Touraine had an outing to check out the orchids around Chaumussay. 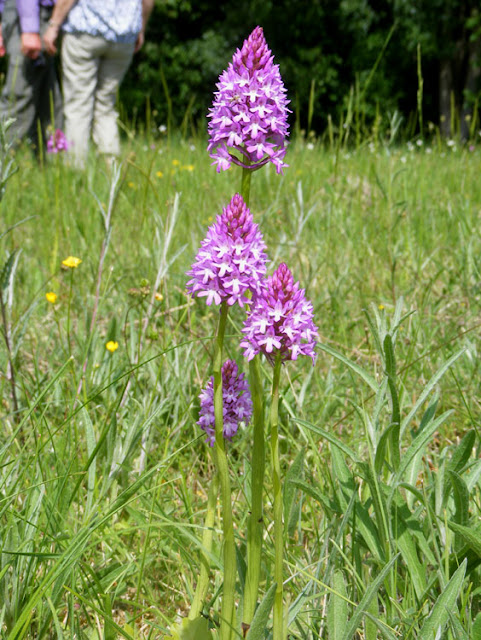 There were dozens of Pyramidal Orchids in a field near Humeau. This was a site I was completely unaware of, despite it being opposite another excellent orchid site with different species. 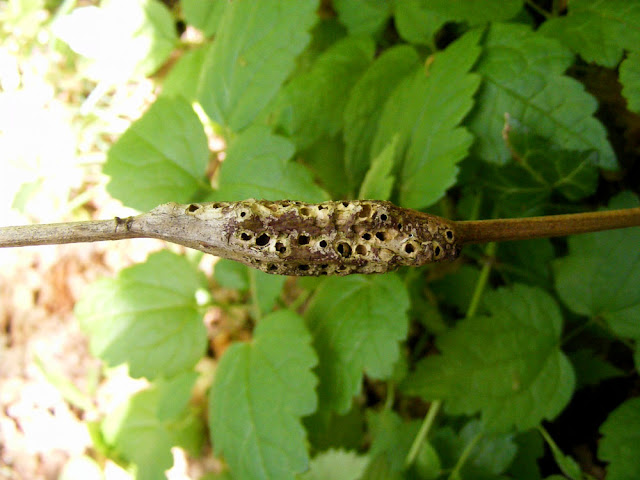 This bramble stem gall is old and its occupants long gone, exiting through all the little holes you can see. The gall is caused by a tiny wasp called Diastrophus rubi. They lay their eggs in tender young bramble stems that are low to the ground. The plant creates a 'scab' or gall that the wasp larvae live in until they emerge. 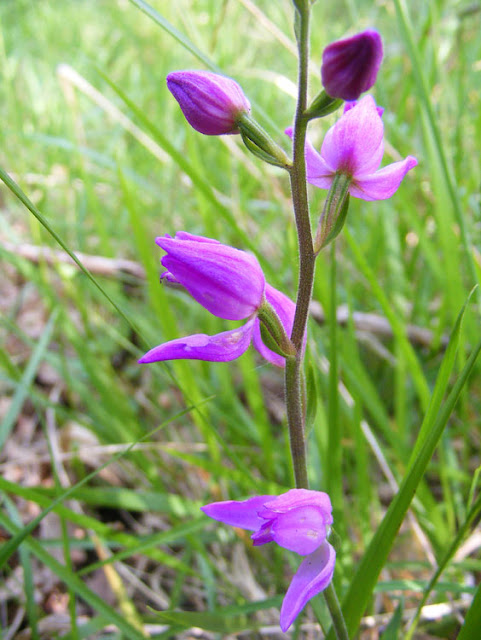 Marc and Jean asked after the team at Kew who came last year to research the Red Helleborines. 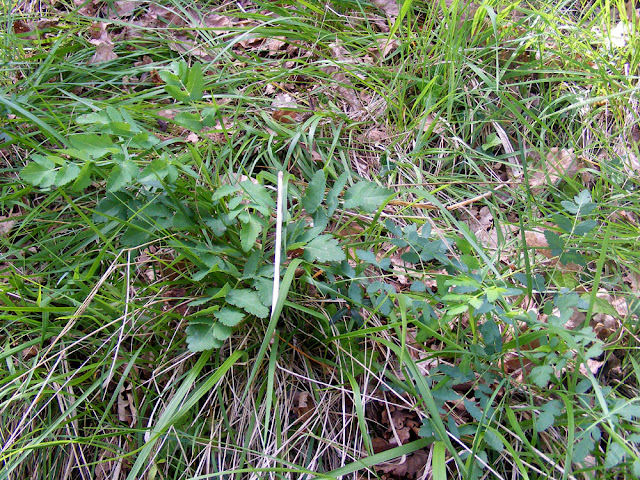 You may not be very impressed by this plant, but I was, and Jean called me over especially to make sure I saw it. He knew I would be interested. It is related to carrots and parsley, in the Apiaceae family and grows to about a metre high, bearing pink and white umbles of flowers in August. I'll have to go back and photograph them. It is a plant of dry limestone slopes. We are on the north-western edge of its range here. It's really a species of central and southern Europe. 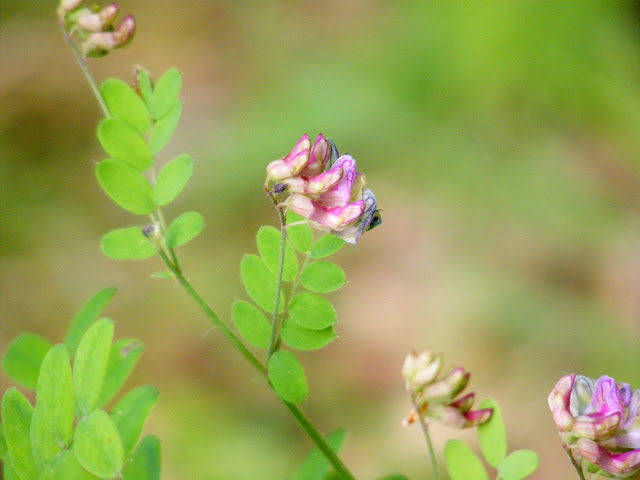 This plant has a somewhat special status amongst local botanists. It's not very common, but this one was photographed in the very spot that 19C Preuilly based botanist Moïse Aristobile collected it for the important French herbarium that is now lovingly cared for by François Rabelais University in Tours. The flowers are pollinated by bees, starting out red but turn blue to tell the bees that they've done their job. 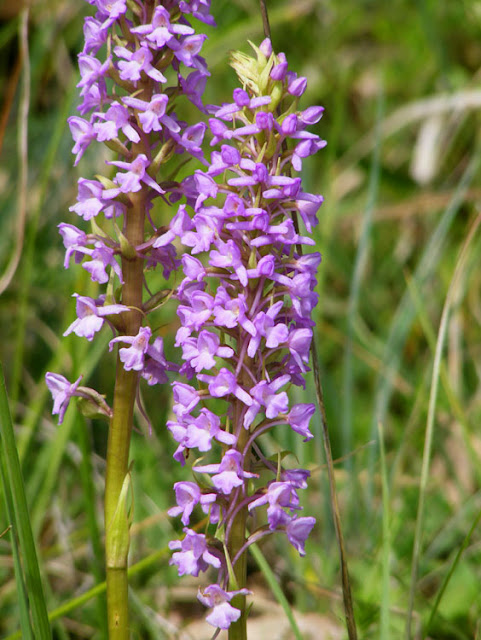 Many of the sites around Chaumussay that have Fragrant Orchids have two or even three species. Marc refreshed all our memories on the intricacies of how one tells them apart. The Commons have long spurs, fairly evenly lobed labellums and sepals that sit slightly under the horizontal. 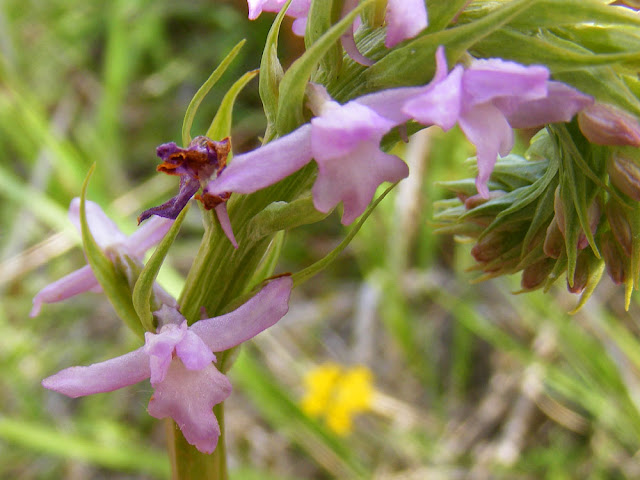 This photo clearly shows the horizontal sepals and the long central lobe of the labellum of the Short-spurred Fragrant Orchid. It was growing right beside a Common Fragrant Orchid and no doubt the little blighters were hybridising just to add to the difficulty of identifying them.

The valley of the Muanne, a small river that flows into the Claise, and whose
slopes are home to many orchids. 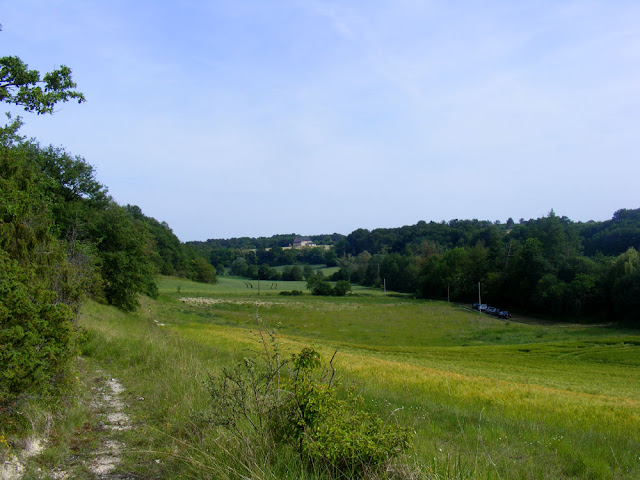 Tried several times yesterday on my tablet to write a comment but Google, once again, requested my password. Couldn't find the right one!

Wanted to say this post was very good, as usual.

My computer seems to remember the right password, but the tablet, zilch! On n'arrête pas le progrès