The former limestone quarry at Bourré which is now a mushroom growing facility is fascinating. Every year the guides show us a bit more of the site. We were there in mid-April and got to see a gallery with some fascinating wall paintings.

Apparently the paintings were created in the 18th century by locals who were hiding from the police. The characters painted high up on the quarry walls are crude, not very complimentary, representations of the police of the day. 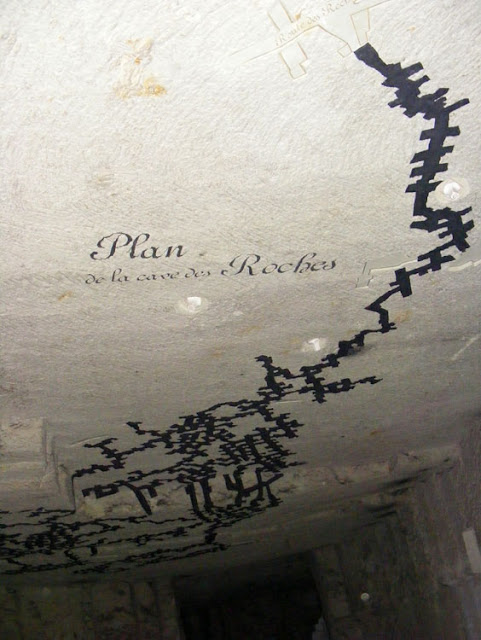 Also in this gallery is a map of the subterranean quarry, painted and carved on the roof. There are over 100 km on 7 levels, so maps and painted directional signs would have been very necessary. The caves are privately owned and today you are not allowed to go in without a guide.

This is my kind of tour. There is so much to see and uncover in your corner of France.Bon week-end

Indeed there is. We have much more than just chateaux.