On Thursday 4 May our walking club did a circuit from Buxeuil to Saint-Rémy sur Creuse and back again. It took us along the river, through the village, past troglodyte caves in the limestone cliffs and a medieval church and tower, up through the forest and down through the fields, back to where we started.


The troglodyte village of Ethni'Cité. 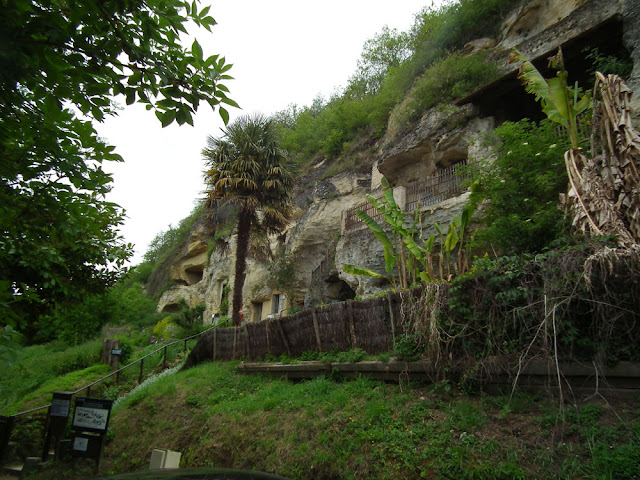 Nestled in the cliffs overlooking Saint Rémy-sur-Creuse in the Vienne is a medieval troglodyte weavers village. 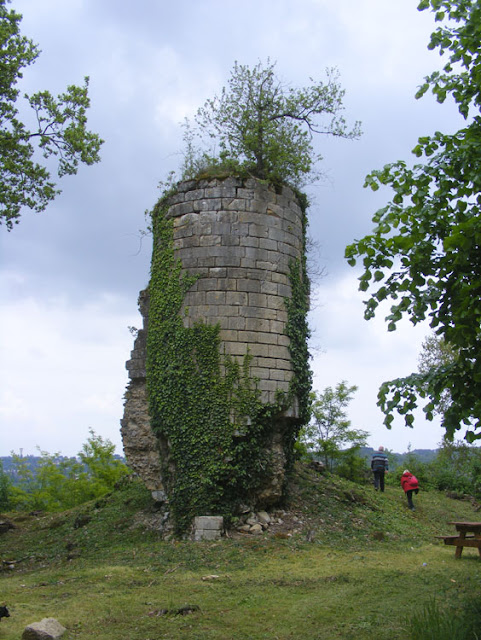 This ruined tower is the only vestige of a castle built by Richard the Lionheart, Duke of Aquitaine and future King of England. He acquired the land, which overlooks the Creuse Valley, from the abbey of Maillezais in the Vendée. The castle was destroyed in 1204 by neighbouring Tourangeaux forces, allies of the French King Philippe Auguste. Judging by the cadastral maps, the three other towers and the walls which formed the keep were still standing in 1831. 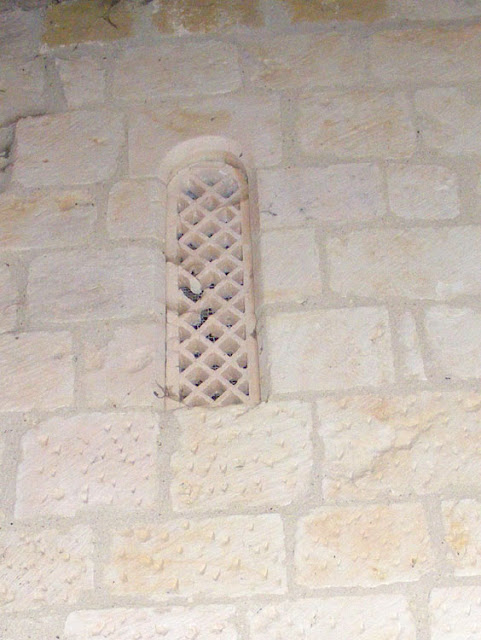 The window in the nearby 11-12th century church features a stone lattice in one of the windows. This is an unusual technique to see in France, being more common in Spain.


Pollen accumulating around the edge of a puddle on a farm track. 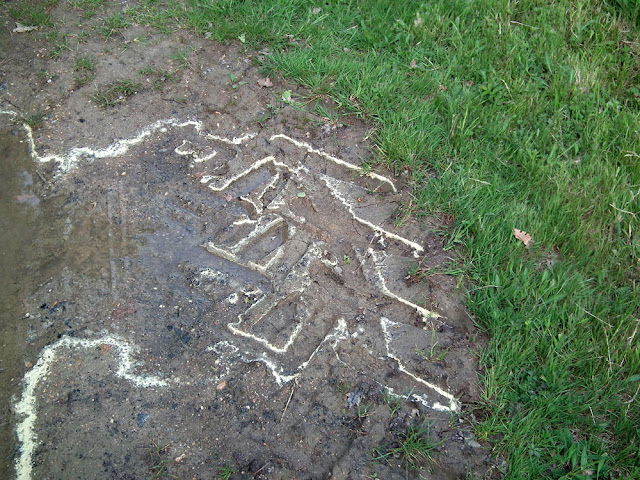 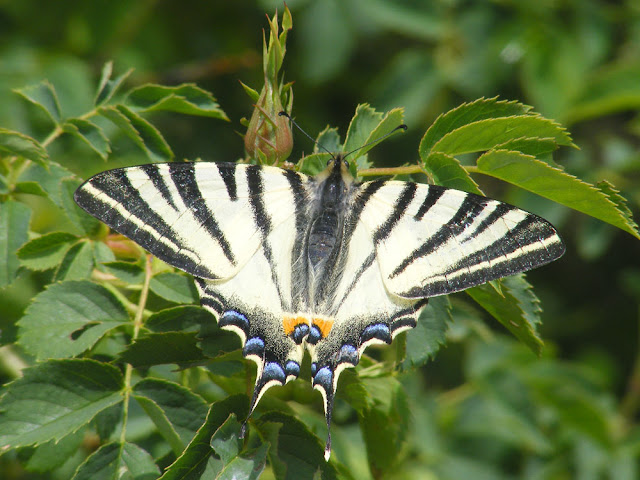 This beautiful fresh Scarce Swallowtail Iphiclides podilirius (Fr. Flambé) rests on a wild rose by the side of the track. 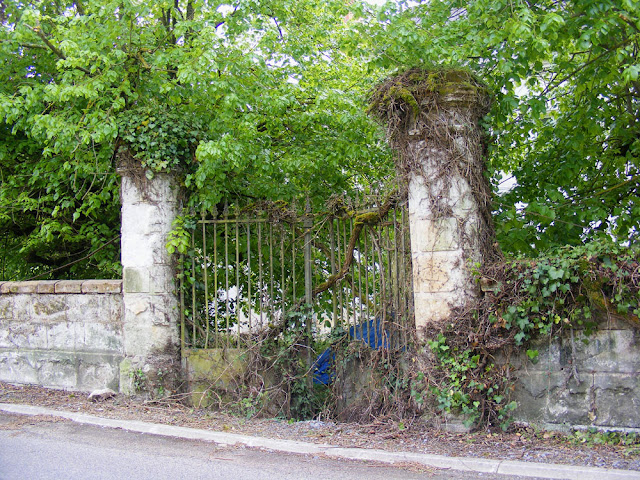 I thought this overgrown gate we passed had a touch of the Miss Haversham's house about it. 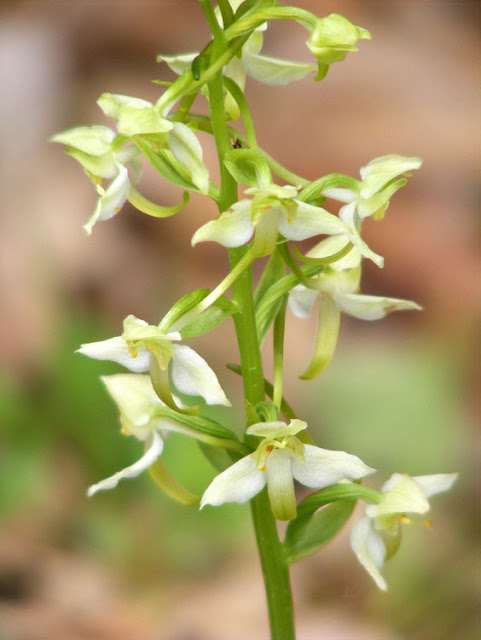 
Walking back down into Buxeuil. 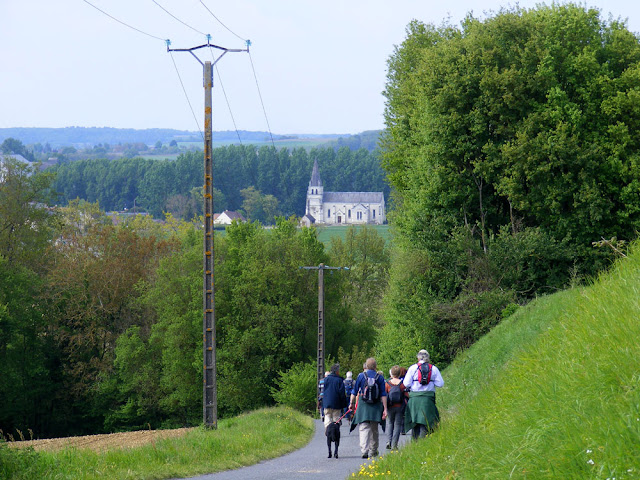 For another perspective on the walk see Jim's blog post on Loire Valley Experiences.