Today is 8 May, the commemoration of the end of World War II and the beginning of the longest period of peace in Western European history.


This war memorial is in Mézières-en-Brenne. It would have been erected at the end of the First World War and depicts a poilu, an ordinary soldier. The nickname poilu means hairy. It's intended as a compliment, to indicate that these men were hairy chested ie courageous. Poilu is used in France in much the same way the nickname 'digger' is used in Australia. 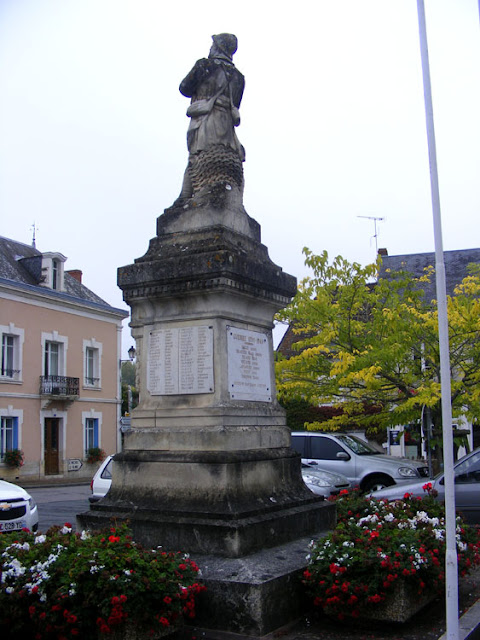 The young soldier is wearing a uniform that looks to me like it dates from the latter part of the war and he's leaning on his rifle. I think it's probably a carbine which was a modification of the service rifle, adopted by the army in 1892. Carbines are short barrelled rifles, more suitable for cavalry and trench warfare, where long barrels would be unwieldy. Many thousands, if not millions of them, would have been made at the MAC (Manufacture d'Armes de Chatellerault). The gun in the sculpture is unloaded, but the soldier has two ammunition pouches on his belt, plus a grenade. He is standing beside what I assume is a wickerwork gabion, which would have been made of willow or hazel and filled with earth to reinforce the defences (just like in medieval times!).

There are 81 names on the monument of men who died in World War One. Later, the list of those who died fighting in World War Two were added. There are just 8 names from that time, but in both cases, the names are those of combatants only. Just across the street from this memorial is another memorial plaque, commemorating 13 men who died whilst working as conscripted labour in the Second World War. 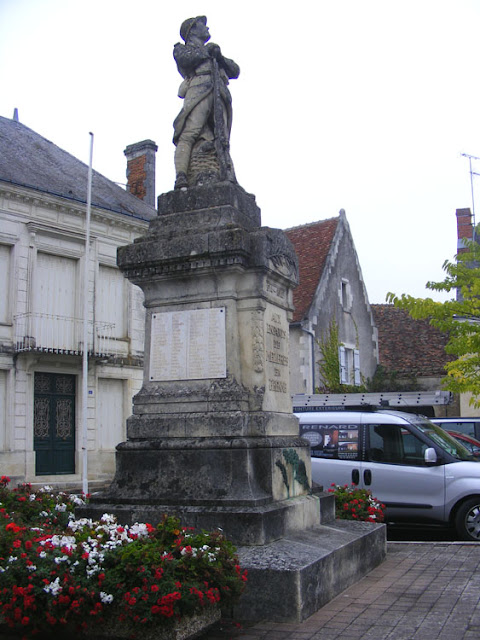 French Election Results: Emmanuel Macron has won, by a huge margin. We are not out of the woods yet, but he is pro-Europe. Although I knew intellectually, from reading the numbers, that Marine Le Pen could not win, I cannot tell you what a relief it is that she didn't get in.

Even though the electoral process is different in the US and in France, the Trump fiasco made me fear that Marine could be elected. It is such a relief that she was not!
After the Netherlands and France rejecting far-right ideology, let's hope Germany will follow suit!

I wonder why no one is including Austria in the list of countries who rejected their far-right candidate in the end?

Yes, you're right. I thought of it after I posted my comment. Maybe the vote in Austria didn't get as much publicity as the one in the Netherlands?

The Austrian President is more ceremonial than executive; but also from the media's point of view, it's just a smaller country.