My Back Pages: Simon's T-Shirt Archive (9)

November 1990, and the man many considered the creme de la creme of guitarists had just released his most successful album for years. The renaissance had started at Live Aid in 1985, when people thought "oh - he's still alive!", and from there he was a new man.


Has anyone seen his E? 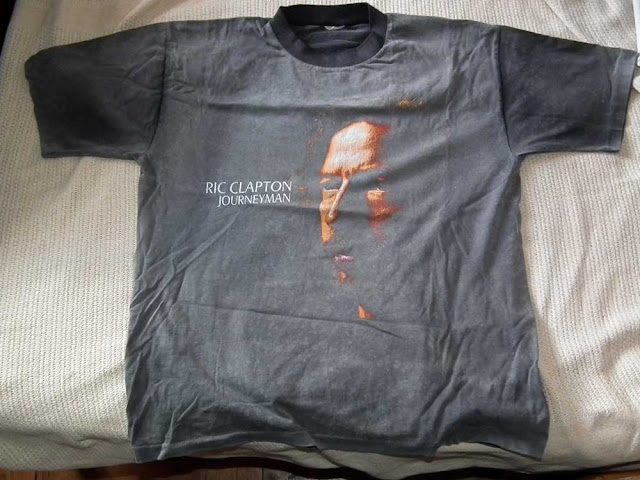 I was lucky enough to see the Journeyman tour in Brisbane in November 1990, and the man himself was in fine form. Support was by Tommy Emmanuel, an Australian guitar legend I had known for about 10 years. Some readers may remember him as the drummer in the band "Goldrush" in the late 70s/early 80s, but the star of that band was the guitarist - his brother Phil. 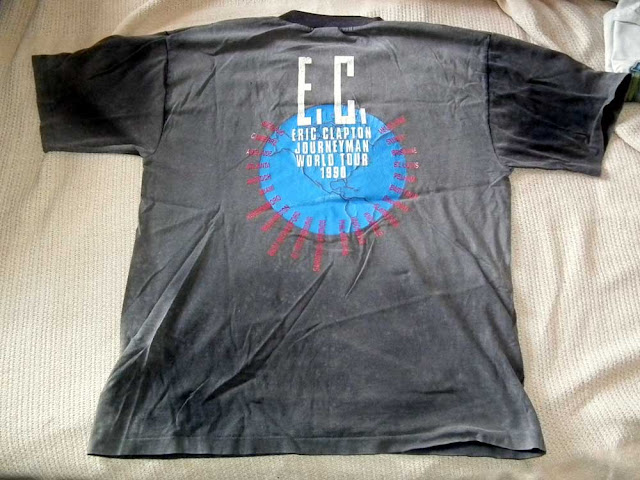 In February 1991 I saw Eric Clapton in concert again, this time with a 4 piece band at the Royal Albert Hall in London, on the second leg of my round the world trip that had started in South America (see last week). That concert was filmed, and released as part of "24 Nights".

This t-shirt saw plenty of action over the next 5 years or so, but I don't have a photo of me wearing it. I tended to be the one taking photos, even back then.
Posted by Simon at 09:00