The Clockmakers on the Market Square

Yesterday I wrote about a clock that has come into the possession of our friends Jill and John. The clock is marked 'Fanon, Preuilly', indicating that it came from a clockmakers that was situated in the market square in the early 20th century. We thought it would be interesting to trace the development of the building in photographs, so Simon went digging on Delcampe for postcards.

They turned out to be few and far between. He only found four, and only one shows the building occupied by Fanon reasonably clearly (ie without a tree between it and the camera). With the eye of faith you can see that it says 'Horlogerie' across the front. 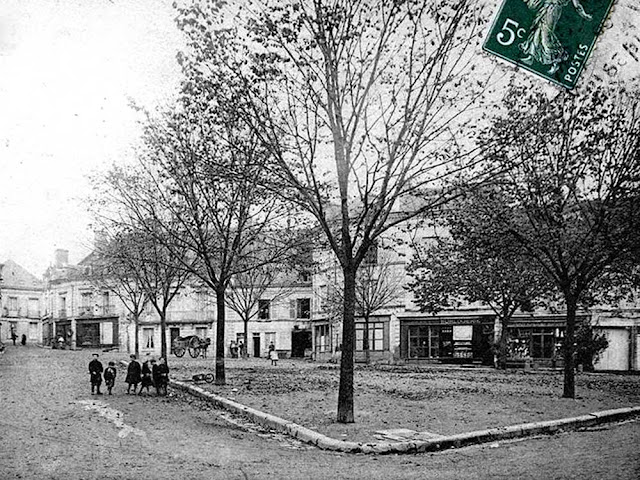 The premises to the right is the quincaillerie Doucet-Sibelleau (now the vet's surgery) and to the left, a travelling showman's (and today a dressmakers, run by Patricia Martin). 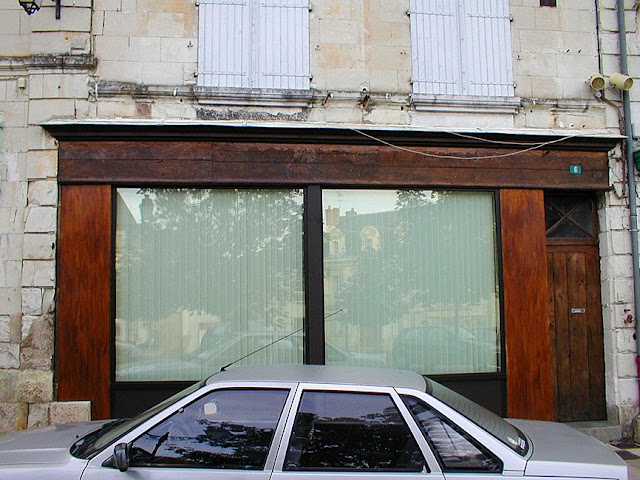 Above shows you what it looked like in 2008 -- an empty shop, although I think the house above might have been occupied. Below you see it as it is today, the home of general handyman Cyril Courteix and his family. 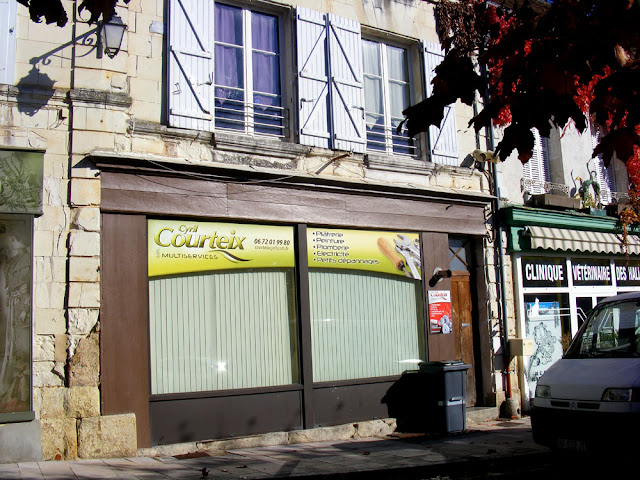