My Back Pages: Simon's T-Shirt Archive (5)

Australians of a certain age will instantly recognise this as a 2JJJ exploding head t-shirt. 2JJJ was the Australian Broadcasting Commission's "yoof network" and originally started as 2JJ on AM radio in 1974 - it moved to FM and stereo in 1980. Although it's a fairly conventional radio station these days (albeit with newer music than most), back then it was radical and played music you just wouldn't hear elsewhere. It eventually hit the airwaves in Canberra in 1976(?), but only after 10.00pm on the weekend evenings. 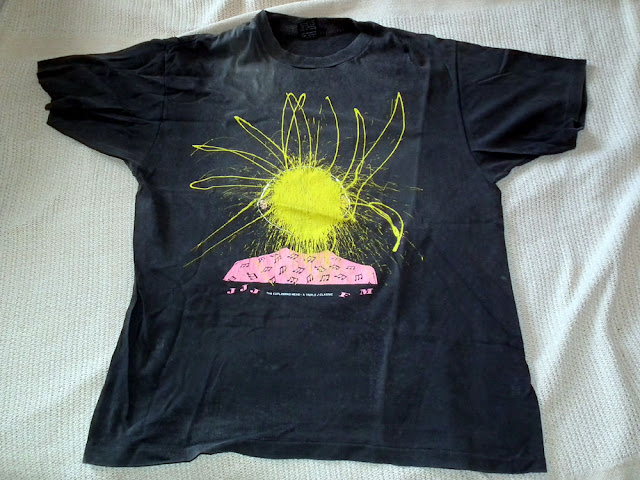 This T-shirt is an original issue 2JJJ exploding head designed by Graeme Davey in 1982 - it is such a classic it has subsequently been re-released. No photos of me wearing it, but instead a photo of another Australian icon - this is me looking ultra cool at the Black Stump* (wearing a George Thorogood t-shirt I no longer have). 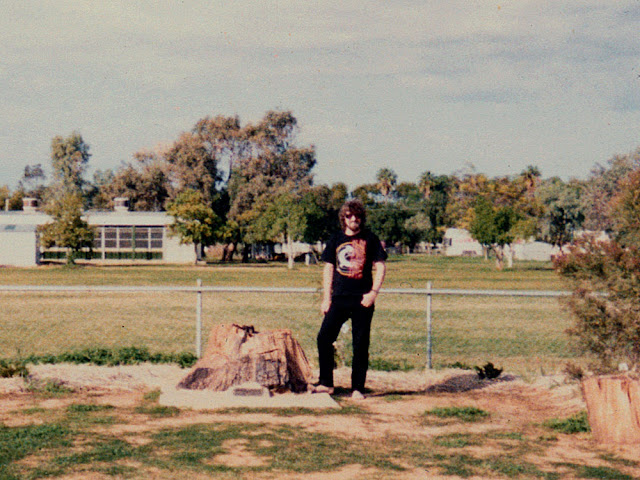