I think I finally have my computer woes settled - for the moment, anyway.

The saga started when we bought a new combined printer/scanner (actually, it probably started when the old printer died, but anyway...). In celebration of freeing up some desk space I moved all the computer gear (there was quite a lot of it, including scanners, printer, external hard drives, etc etc etc) and cleared the desk, before putting it all back and plugging in. The PC took a while to start up, but after a few false starts it managed.

We took the tower to the Geek Garage, where Georges gave it the once over before declaring last rites on the motherboard. This meant a new computer, which I bought online the same evening from eBay - in this household the treasure trove of choice for technology.

A week later the computer arrived, well protected in a box full of bubblewrap. Unfortunately, at some point the box had been damaged, and with it the computer inside: so badly, in fact, that the whole chassis of the computer was bent, and the on/off switch was broken, along with the plastic surrounds on the case. I think we can guess who the culprits were.... 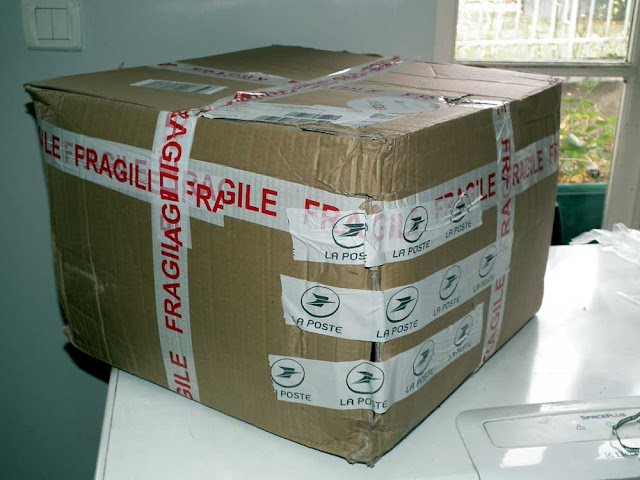 This caused a certain amount of angst in the household, but then it occurred to me - I had a new PC in a broken case, and a good case with a broken motherboard. We returned to the Geek Garage and asked Georges to test all the new components, and then put all the best bits in the old case. Unfortunately the motherboard wouldn't go in the old case, but he managed to panelbeat the new chassis into shape, and build me a new computer. 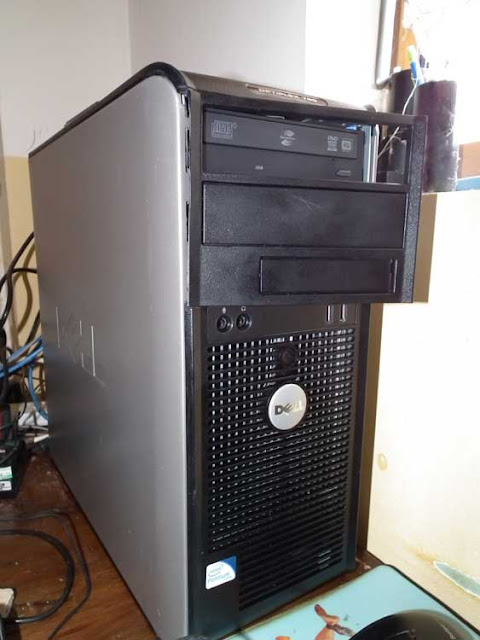 In the meantime the people I had bought the new computer from had refunded my money, but didn't want the computer back as it just wasn't economically viable to return a machine needing so much work.

Then the new challenge arose - fettling the new computer. For someone who worked in the technology field I don't cope well with change, so the first thing was to make the new computer (running Windows 7) look and feel like a Windows 98 Machine. The main reason for that is I don't like my computer spending all its processing power on looking "cool" (or what a 15 year old thought looked cool in 2004), but rather on doing what I want it to do. Then I had to reinstall various bits of software, photo indexes (all 76,814 photos are now tagged, labelled, and searchable), move all my files over from the old machine, reset all the network settings, and make the email program work.

For those interested, the really useful tools I have on the computer are:
In addition I have downloaded and installed the following security programs:
Both these I run in addition to the standard Microsoft Security Essentials.

There are still one or two issues: one of my external hard drives grinds to a start very slowly after a couple of false starts, and I think is on its last legs. All I have on it now is a backup copy of our photos, so it's not essential as I have the photos backed up on three drives, but it will need replacing. I can't make PhotoGadget Resizer work. The program, which allows you to resize photos with one click, won't open on the contextural menu, which is annoying but hardly dealbreaking.

So if you want to know what I have been doing lately....

Crap Cleaner is the only one of your tools I use and it does work OK. Talk to Noah about Outlook Express he used a copy on the Ark...Always found it a crap program myself...Will check out some of the others though...

I've always heard that having so many fonts on the computer is really a drag on Windows. I used to have a lot, but now I have it down to just a few dozen.