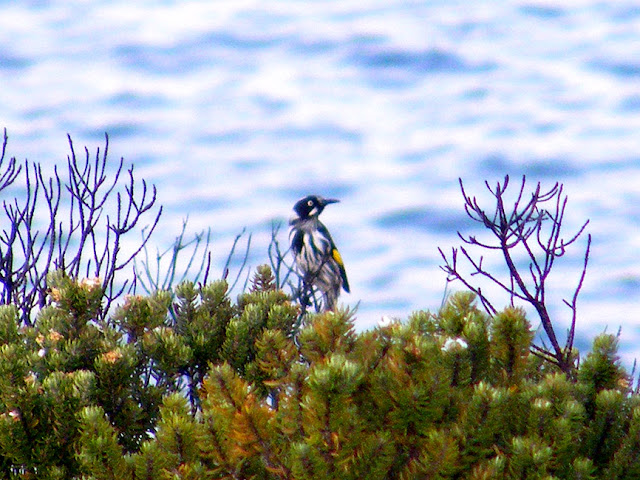 The New Holland Honeyeater Phylidonyris novaehollandiae is common on the central New South Wales coastal heaths and found throughout southern Australia. It is black with a white eye, white flecks and yellow wing and tail margins. It was one of the very first Australian birds to be officially described and given a scientific name, in 1781. They are nectar feeders, and as such, important pollinators of Banksia, Hakea, Xanthorrhoea and Acacia.  They will also supplement their diet with insects.

New Holland is an old name for Australia. The continent was named New Holland by Dutch seafarer Abel Tasman in 1644 and the name remained in use until the mid-19th century. The British navigator Matthew Flinders proposed the name Australia in 1804 but it took a while to catch on.

On Sundays our posts have an Australian theme. If you would like to read more, click here.