Removing Water Primrose from the Cher

Since last Wednesday an Agglo Tours boat has been pulling out Water Primrose Ludwigia spp (Fr. jussie) along a 4 kilometre stretch of the river Cher. The work is being done in conjuction with the Anglers Federation. (Agglo Tours is a local authority for the city of Tours and surrounding communities, officially known as Tour(s)plus these days)


Water Primrose on the banks of the Vienne between the road and rail bridge at Chinon. 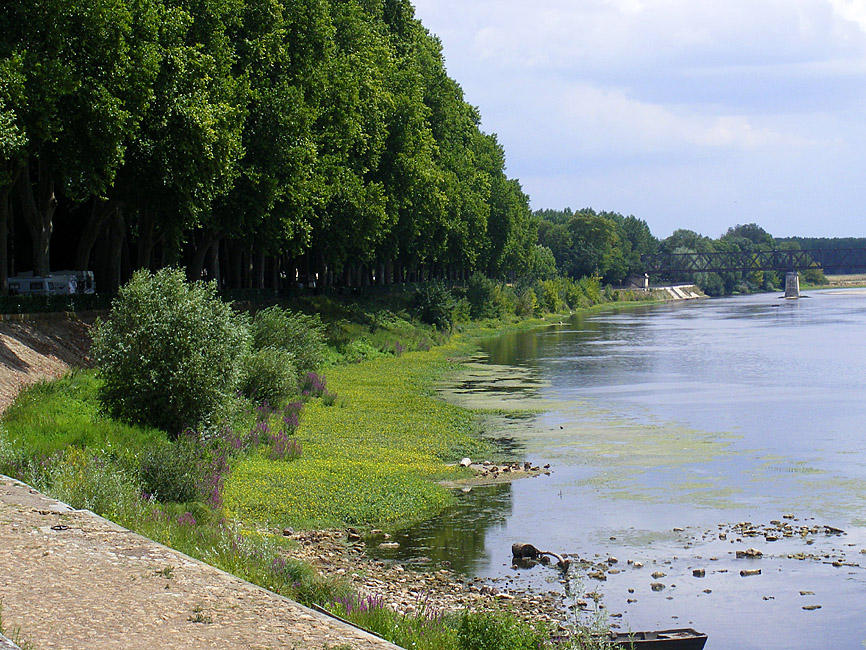 Viewed from the foot bridge it's like watching an abundant harvest being brought in. It's a result of the exponential growth of this North American invasive alien aquatic plant in the last few years. It is now preventing native plants from growing. In 2010 the Anglers Federation sounded the alarm with a report to the Prefecture (the equivalent of County or Shire). The Prefecture acknowledged the situation but did nothing with the data provided. Finally it was the Agglo that intervened, first under their climate change policy and then applying the EU Freshwater Directive. Last year the Agglo bought a boat and barge for €180 000. This year the equipment is being used to gather up the Water Primrose at 7 locations along the river between the weir at Savonnières and the railway bridge at Tours. The locations are those frequented by anglers or riverside residents. The 4 towns on this stretch of river are Savonnières, Ballan-Miré, Joué-lès-Tours and Tours. The Water Primrose will be disposed of at the municipal composting station at Chanceaux sur Choisille. 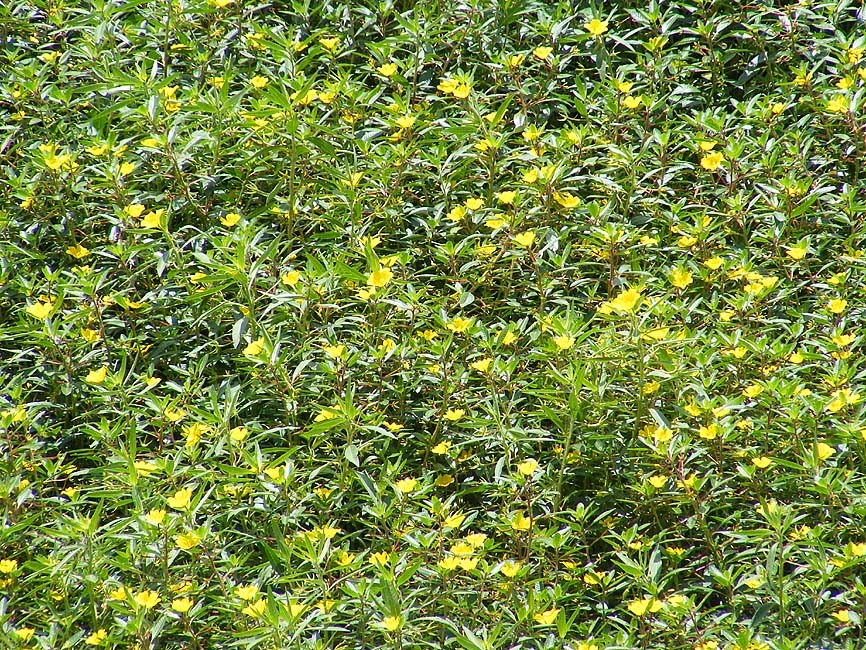 The Anglers Federation is totally behind the eradication of this weed and there is no question that there is a need for the intervention to control it. Volunteer members work on the bankside to pull the plant out by hand then it is loaded onto the boat which ferries it out to the barge. The Anglers Federation have given €60 000 to the project. They note that nearly 60% of the river bank has been invaded by the plant. They recognised that the state would have had difficulty managing the task alone, both financially and in terms of other resources such as labour, so they have taken on some of the responibility. They have previously dealt with 7 kilometres worth of riverbank in 10 communities, where 80 tonnes of Water Primrose have been removed.

The Anglers Federation hope that by setting an example they will encourage other organisations with a vested interest in the river to join in the programme of destruction. They say they will only stop once the plant is beaten, but as it grows and multiplies all the time they look to be in it for the long haul.

There is an article in the local newspaper about this project. It's in French of course, but worth looking at for the pictures even if you don't read French.

Email ThisBlogThis!Share to TwitterShare to FacebookShare to Pinterest
Labels: nature and wildlife, Tours

"The Water Primrose will be disposed of at the municipal composting station at Chanceaux sur Choisille"....
So, indirectly, it is an abundant harvest.
Two nice pix... especially the impenetrable mat one...
the other, to the tourist or passer-by, would look very nice...
the damned plant is attractive...
that, unfortunately, is why it got into the garden centres in the first place!!

Tim says, the damned plant is attractive..., so is its name in English! In French, not so much!