The Galleria Vittorio Emanuele II is a grand 19th century shopping mall right in the centre of Milan. Its principal glass roofed 4 storey arcade covers the street connecting La Scala to the Duomo. The building was opened in 1877. 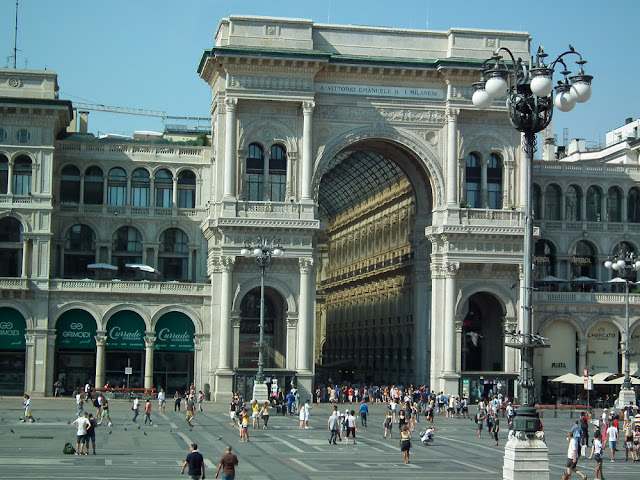 The structure forms a cross with a dome at its centre. In appearance it's a bit like the Burlington Arcade in London, but greatly enlarged. The term 'galleria' for this type of shopping mall was coined for this building and became associated with this new style of shopping so that subsequent projects in other cities around the world also became 'galeries'.


Looking along the La Scala / Duomo axis towards the Piazza del Duomo. 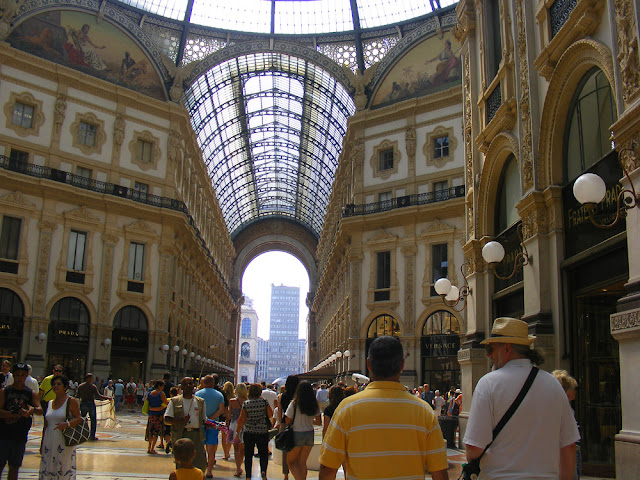 The building's nickname is 'the drawing room of Milan' because of its popularity as a venue for promenading, to see and be seen. One doesn't have to spend any money in the fancy shops, but if one wants a treat, there are numerous cafés where one can stop for a drink and a gelato. Some of the oldest shops and restaurants in Milan occupy space in the Galleria.

Looking along the axis at right angles to the previous one. 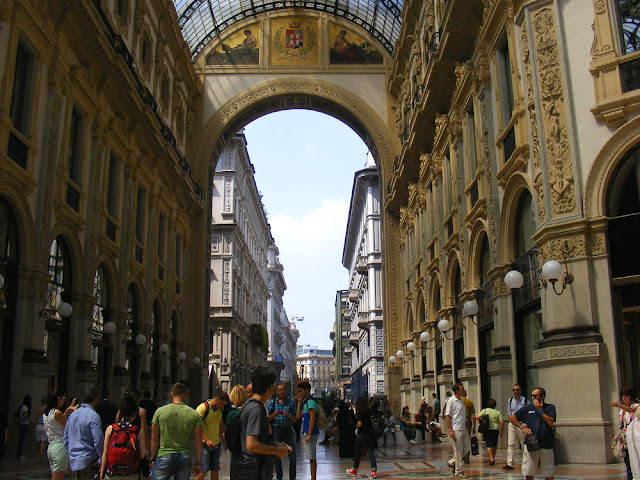 The City of Milan owns the building and the tenants are all luxury goods vendors, selling jewellry, books, works of art and of course, designer fashion.

The accessories store Vigano caught my eye as we walked past. 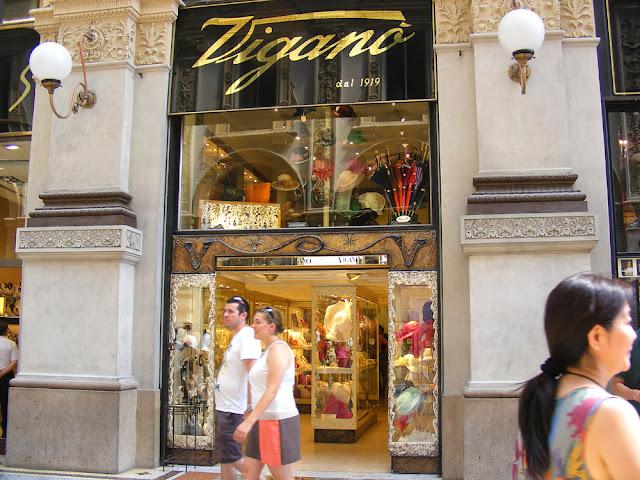 
The Galleria photographed from a first floor café on the other side of Piazza del Duomo. 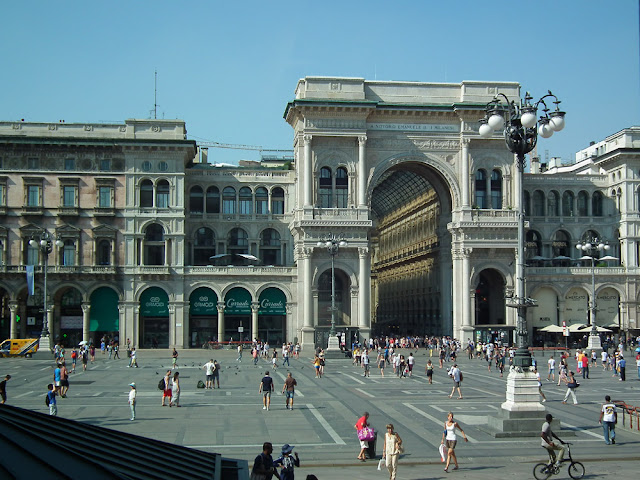