Buckwheat is an annual grown for its seeds and as a green manure. In France buckwheat is called sarrasin or blé noir. It is not a wheat at all, not even related and so is gluten free. However recently it has emerged that some people can have a severe allergic reaction to buckwheat and go into anaphyllactic shock.

The plant is native to Sichuan in China, where it was domesticated. It arrived in France in the 14th century. The leaves are heart-shaped and the flowers pale pink. The seeds are highly nutritious and rich in protein. 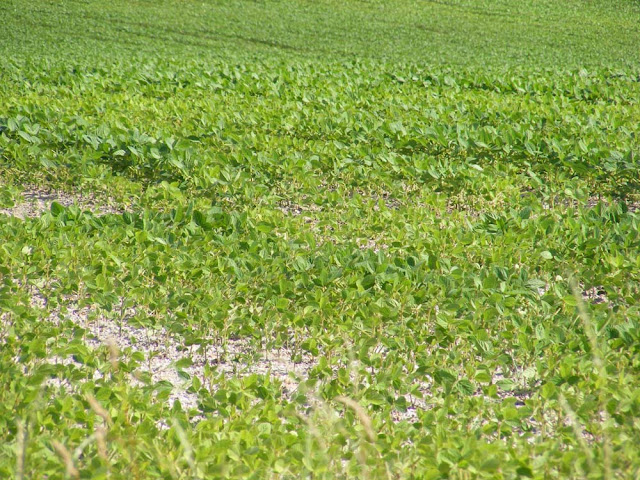 Once widely cultivated on poor soils in France, especially in areas like the Auvergne and Brittany, it had almost disappeared as a crop. But now it is staging a modest comeback.

It's sown from May to July (or even August if it is an inter-crop cover), to avoid frost and is harvested from mid-September to mid-October. It's not an easy crop to harvest for seed as they don't all mature at the same time. A lot of seed is lost as a result. In the 19th century 700 000 ha were under buckwheat in France annually. The soil it grew in was deficient in copper, making it impossible to grow anything else except rye. By the mid-1960s and the widespread use of artificial fertilizers to make up the deficits of trace elements, buckwheat and rye had been replaced with the more profitable wheat, barley and maize. Currently there is about 30 000 ha planted with buckwheat annually. It has become popular with those practicing sustainable agriculture as when used as a cover crop, especially between main crops, it can function to replace phosphorus in the soil. Despite being in the top ten buckwheat producers France is a net importer of the grain. The price per tonne is around €470.


Buckwheat honey from a local apiarist. 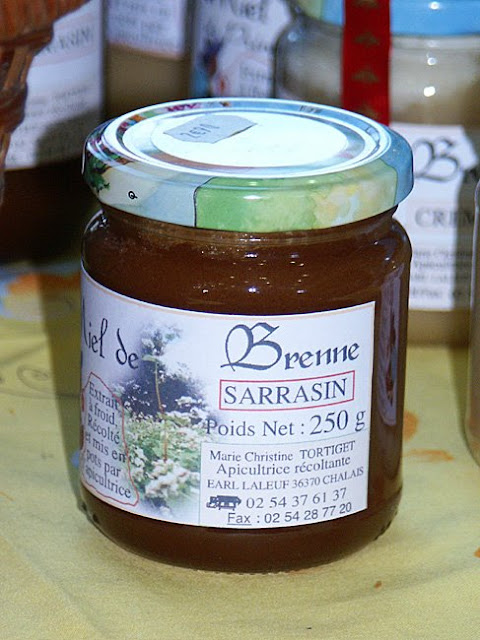 In France the most famous dish using buckwheat is the galette, a thin savoury pancake. It is also popular with beekeepers, who will sometimes plant a patch just for the bees to make miel de sarrasin. The honey they produce is dark and strong and much admired by connoisseurs.

That field doesn't actually contain any buckwheat...
Eric told me that he was growing....
and I'll type it the way he said it...
sodgja... in fact, if I didn't know that he had no Ingliss...
he said it in a way that sounded a trifle insulting!!

Apparently he is growing it for the first time...
there must be some cash in that, 'cos Eric...
and his Dad afore him...
don't miss a trick.

I shall be interested to see what he uses to harvest it...
there are a number of mighty flints laying around out there...
and it is a very low plant!

We have used it as a green manure, rather than a cover plant, as it is a very good soil conditioner...
and we've always left it to flower, as we do Phacelia....
'cos them bees really love them...

I'm no honey coney-sewer, but, I do love the richness of sarrasin hunny!
T

So that field across from you is soy beans? I stupidly didn't photograph it yesterday.

Sometimes one can find kasha in the supermarket. They're what I
would call buckwheat groats. Wonderful flavor and texture. Apparently
a staple in the Jewish diet.

Random factoid that I recall about buckwheat: It is a cousin of rhubarb.

Wonder if that explains the anaphylactic shock -- like eating rhubarb leaves?

Buckwheat is one of those things I don't eat often enough, although I do really appreciate being able to get buckwheat flour so easily here in France.

Buckwheat is in the dock family and related to persicaria and Japanese knotweed and indeed rhubarb. Can you go into anaphylactic shock from eating rhubarb leaves? I would have thought kidney failure more likely.