By Train to Luchon

Another of the panels in Tours station - and this one looks like it needs some serious work. 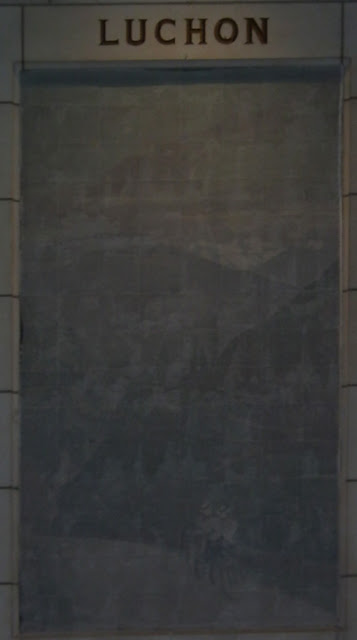 Luchon (actually the name is Bagnères-de-Luchon) is right in the middle of the Pyrenees: trains no longer go there, because of the poor state of the line which was closed in 2014. Instead, if you wish to travel by public transport to Luchon you need to finish your journey on a bus from Montrejeau-Gourdan-Polignan.

The start of the journey is no more "trainy" either: from Tours you catch the bus to Chateauroux. There is a quicker way of travelling completely by train to Montrejeau-Gourdan-Polignan (via Bordeaux and Toulouse) but it does involve more changes. Changes are stressful, so they are best avoided. 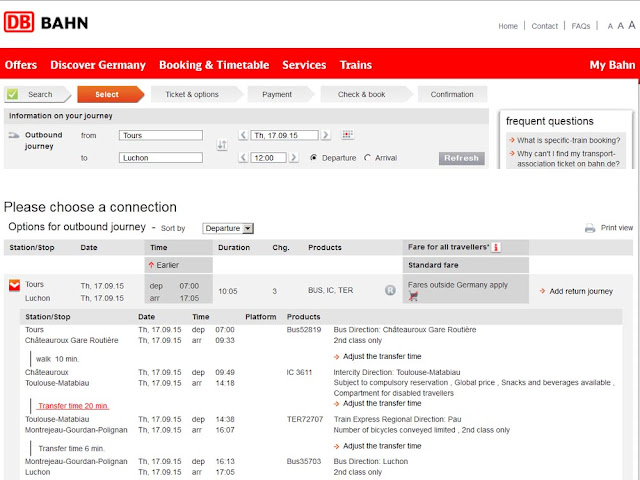 Luchon looks interesting:  it is one of the obligatory stages of the Tour de France, and has been since the race started. Xynthia, the storm we had at the end of February 2010, blew at 200 km/h on the peaks above the town, and there are some serious mountains all around.

Should I ever be rash enough to try working out a cross country rail trip in France again I shall head for your German Railways site....the last time I tried working out how to get from Poitiers to the darkest Gers and on to Barcelona working from one local rail service site to another and having to have to look on a map to see which local site would be the next one I wanted...and finding that I would inevitably end up sleeping on Narbonne station overnight - i decided not to bother. Life is too short.