There is a 17th century house in rue Saint Pierre in Preuilly sur Claise. It was once Preuilly's salt store, a sub-branch of the one in Loches. 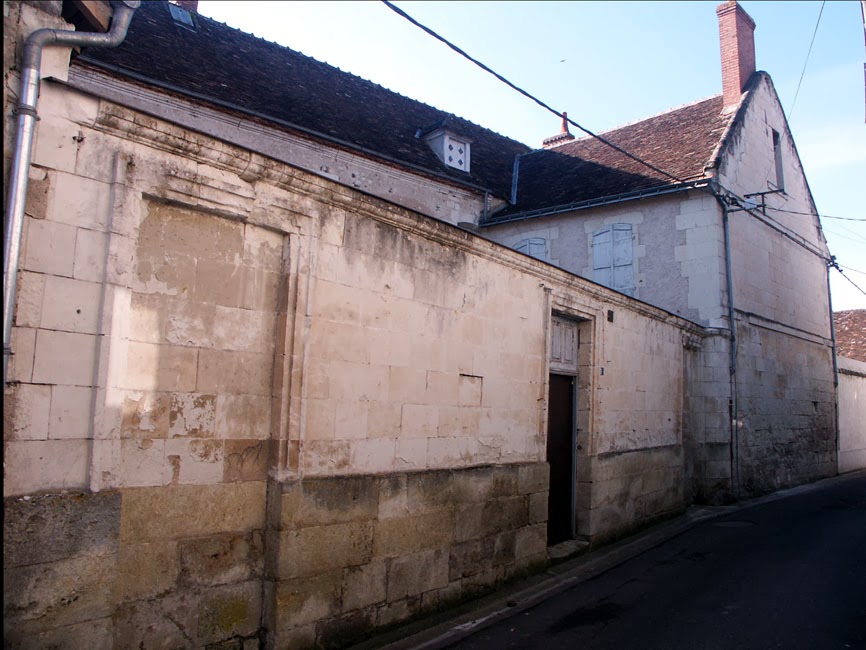 'In 1789 the last Baron de la Lande de Blanville was the owner. It has been owned since 1821 by the same family. The tuffeau stone, the dormer windows with pots à feu, the tile roofs, the iron rondelis all make a beautiful Tourangelle home, open on the south to its gardens.'

That's my translation of the entry for this property in the official record documenting the built heritage of Indre et Loire. My photos don't do justice to the place because of the intimidating wall which completely surrounds the complex and blocks your view of the house and outbuildings. The wall is the most obvious legacy of the building's days as a salt store, which was set up to be defended, almost at any cost. 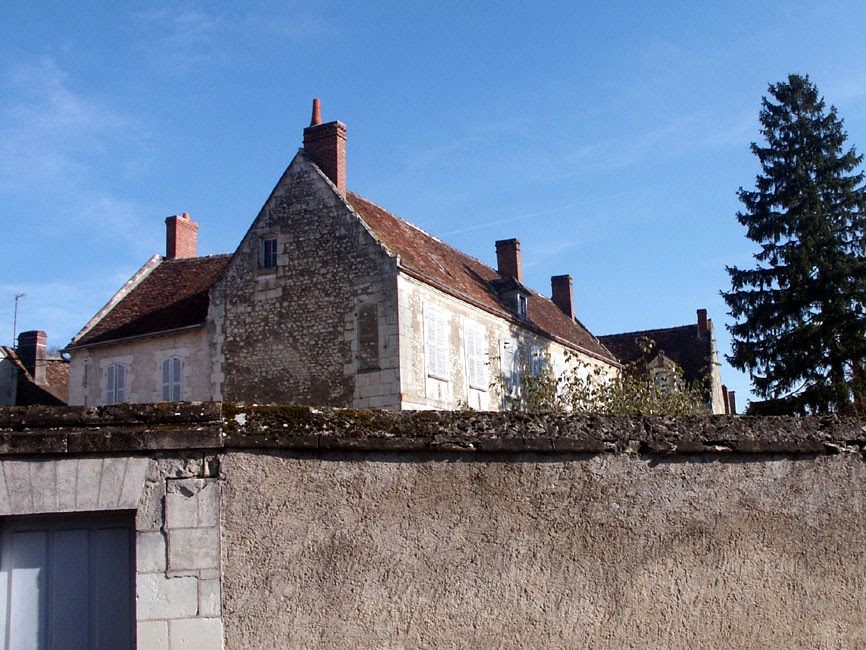 For centuries salt was a lucrative source of tax revenue for the French king, and later, Napoleon. Known as the gabelle it was bitterly resented because of how high it was and because it was not fairly administered. The tax could be 6 times higher if you lived in an area like the Touraine Loire Valley that did not produce salt than if you lived at the coast. Smuggling was rife and the penalties for selling salt on the black market were extreme -- execution if you were found to be armed and condemned to a life as a galley slave if you were unarmed.

Salt producers had to deliver their salt to the state salt stores, which were guarded by the military and administered by powerful civil servants, who set both the price they purchased at and the price they sold at. The salt was sold to traders, the tax collected and the traders added their margin and sold the salt on to the consumer. Every household had to have salt in quite large quantities before the days of refrigeration as salt curing was the principle means of preserving food, especially high value food like meat.

The gabelle was introduced by Philip the Fair in 1286 and not fully abolished until 1945.

UPDATE: 'Henri Proust' has written a good overview of the gabelle, with a discussion of the situation in Richelieu in particular, on his blog l'Eminence Rouge.

You didn't mention the fact that part of the problem with the "English" Royal family owning this bit of France...
was that they controlled the flow of salt from the coast to the market at / nearby what is now known as Descartes...
the trading hall was where the porticoed and pillared building is at the bottom of the market place...

Descartes was then known as Grand Abilly...
and then, until really quite recently, La Haye... then La Haye Descartes.

Abilly was Petit Abilly at that time...
and presumably dropped the Petit when La Haye became such.

Susan, what's the website where you got this from? Two websites that I used to rely on for this kind of information have bit the dust and I'm looking for a new one that will cover all the departments.

Tim: Thanks for the additional info.

Carolyn: I wrote this a while ago and have only just got round to publishing. I think most of the info came from Wikipedia in this case. I don't have any particular website I use for information.