The Chateau of Chenonceau 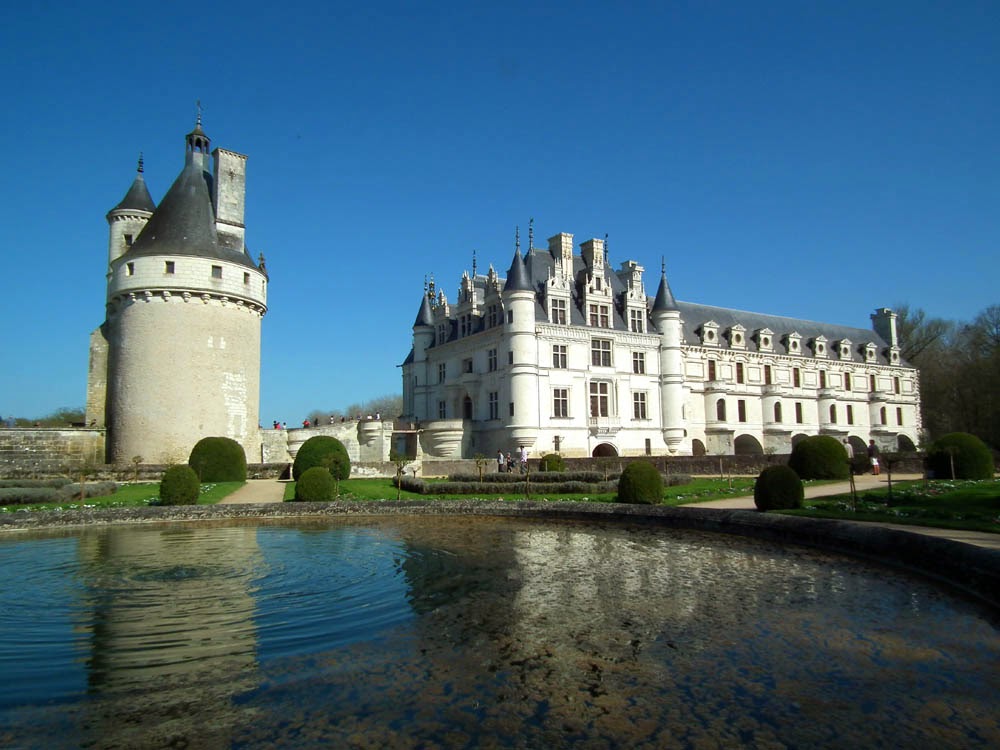 Botany Outing: There is a botany outing on Sunday 16 March to learn about the lichens in the Puys du Chinonais in partnership with the Ecomusée du Véron. Meet at 14.30 in the Place de l'eglise in Huismes. Organised by the Association de Botanique et de Mycologie de Sainte Maure de Touraine.

Interesting to see that the Australian restaurateurs menu is largely gluten free!

LOL about the radishes. We love them. They are not as fiery hot as American radishes, and have more flavor. With good sweet butter, fine bread, and some salt, they are delicious.

C&E: yes. I've given their contact details to my brother in law. His mother lives not far from the restaurant, so I think he and my sister will go there at some stage. My observation is that GF is now fairly routine in Australia -- to the point that you would struggle to find supermarket sausages with gluten, for example. Neither of the clients had dietary issues themselves, so that was not the motivation for going GF in the restaurant.

Ken: I thought all the raving about French radishes you see on the internet must be because American radishes were very different. I gave the clients the blurb on how they are generally served in France and we had a nice chat with the vendor, but seriously, they don't differ very much from what you would get in Australia, so it wasn't a revelation for them like it seems to be for Americans. Anyway, curried with other veg they will be perfectly fine.