Boogie Boarding on the Cher 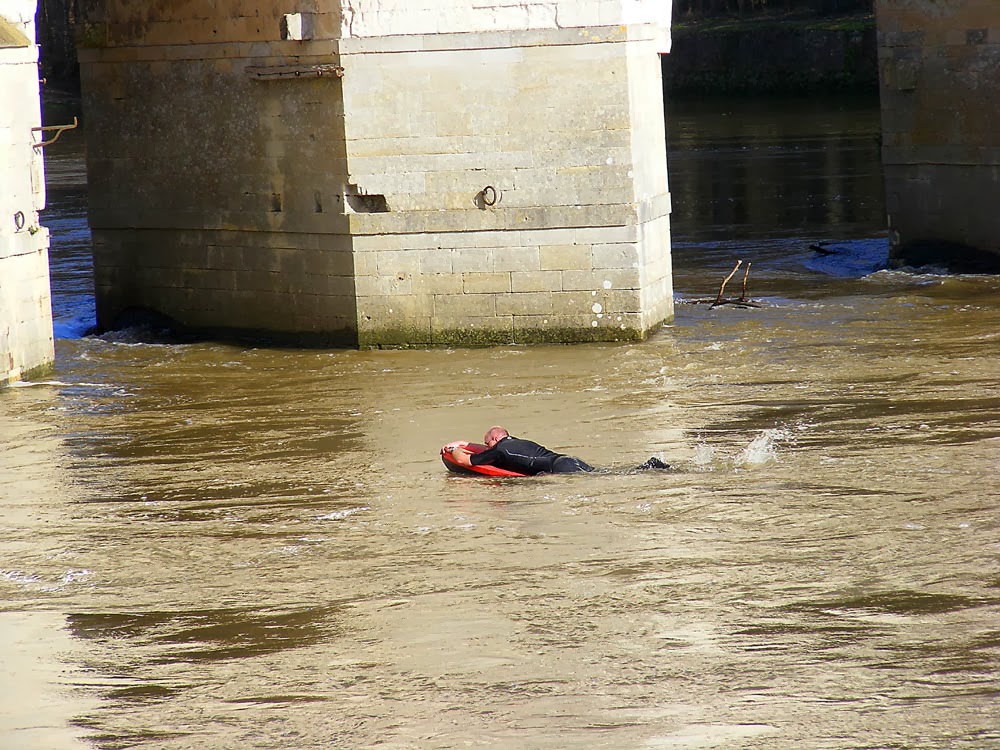 I can see what this man, photographed on 5 March, is doing -- he is propelling a boogie board against the current on the Cher near Chenonceau. 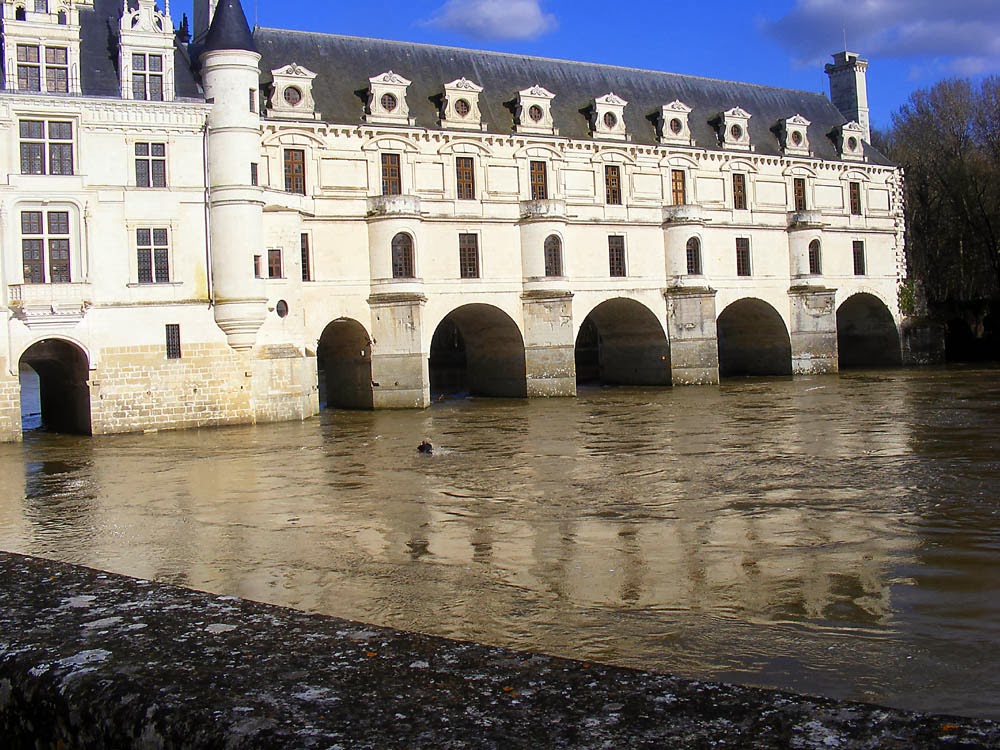 What I have no clue about is why he is doing it. He came from further downstream, so it seems unlikely he was engaged in any sort of maintenance surveillance of the chateau. If that was the case he would have come from the embarcadere and made his life easier by not swimming against the current. He was also right out in the middle of the river, so not engaged in anything that involved checking the banks (and again, why would you do it from this direction and not in a boat...)

I have the bemused feeling that he was doing it for the fun of it.

*************************************************
Au jardin hier: Yesterday, at about 4pm, just as I was tidying up after spreading compost on the newly dug potato bed, our aged orchard neighbour appeared. He announced that he had brought cider and a cake and his intention was to share it with me at our picnic table for afternoon tea. He had timed it perfectly and the cider was good (although we did have to consume the entire bottle between us according to him).  The cake, ahem, shall we say, was ordinary ('chocolate' covered marble cake from LeClerc). Like all good French men he carries a pocket knife, which was used to cut the cake, and glasses which had once held mustard in the car, from which we drank the cider. He was slightly startled that I am not similarly equipped at all times.

He inspected the compost and pronounced it good, then the potato bed (also good). I lost a few points for the picnic table though. I didn't cover it over winter, and haven't oiled it. He enquired about how many broad beans I had lost to mice over the winter (a lot) and said he has just planted 10 kg of green bean seed. I expressed surprise at how early it was for this and he said that he could do it at his place, which is higher and has a perfect aspect, but not at the orchard, which although it faces the sun, is in a little valley and always a couple of degrees colder.

Tabbouleh, made from leftover couscous, parsley and coriander.
Posted by Susan at 09:00

... with the remains of the cake for dessert?

I guess you are not a good citizen of Virginia :-)

Gaynor: No, Simon ate the cake as his pre-dinner snack. We had stewed greengages from the freezer for dessert -- which would have come from the aged one too.

I think the "nutter" in your pix was doing it for "the fun of it"... rather like Nordic Walkers.

However, once he gets to his target destination, the ride back would have been funner!!

Is that a boogie board... or a boogie inflatable.

He is however, going the right way to do a survey....
you move through slower going against the current...
but he can't take any pictures...