Sailing in the Harbour

The day we were out on the harbour, spending a nostalgic day for Simon on the Sydney ferries in December 2012, we saw quite a few boats of different sorts, even though it was a fairly foul day -- extremely windy and a bit squally. 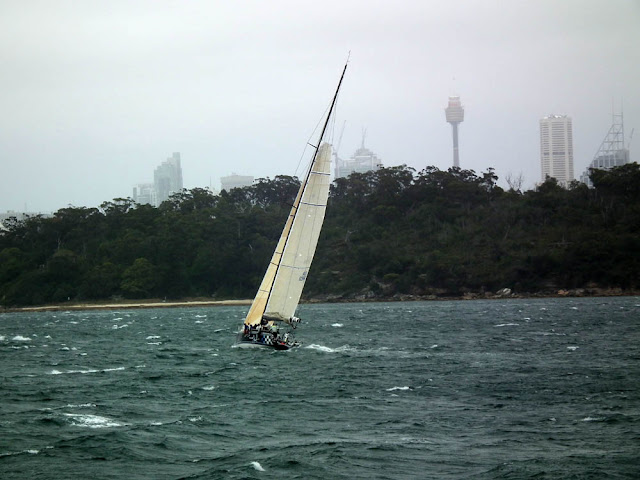 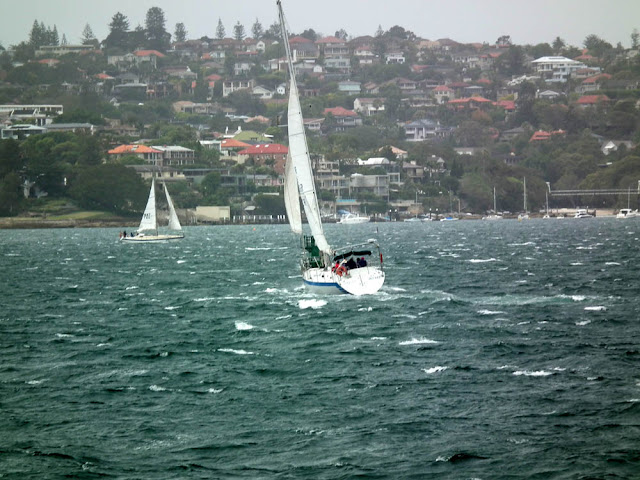 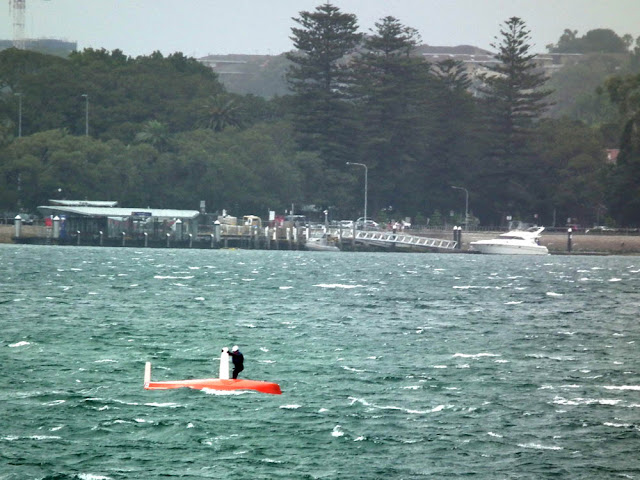 This little boat capsized and due to the wind the sailor couldn't right it. He was eventually rescued by the harbour police. 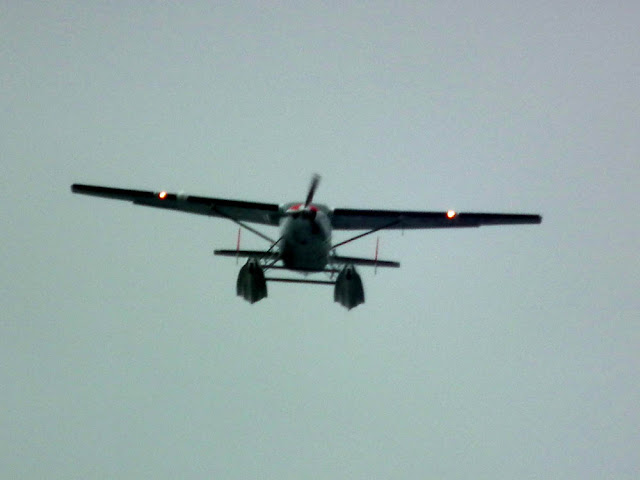 I know it's a plane, but it's a float plane, so it's going to land on the harbour and pull up at a jetty. 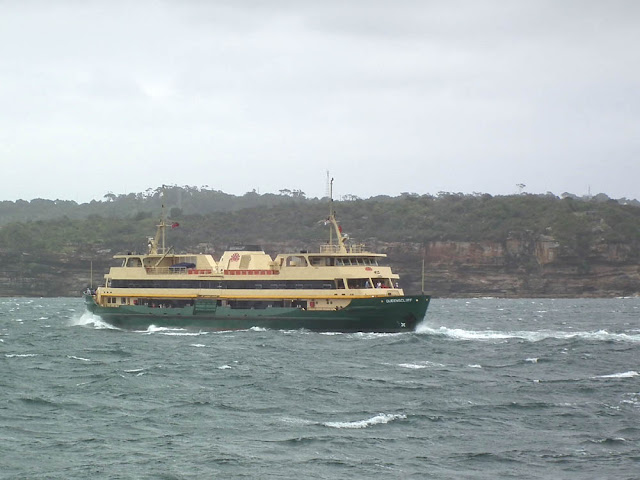 The ferry going in the other direction to us. 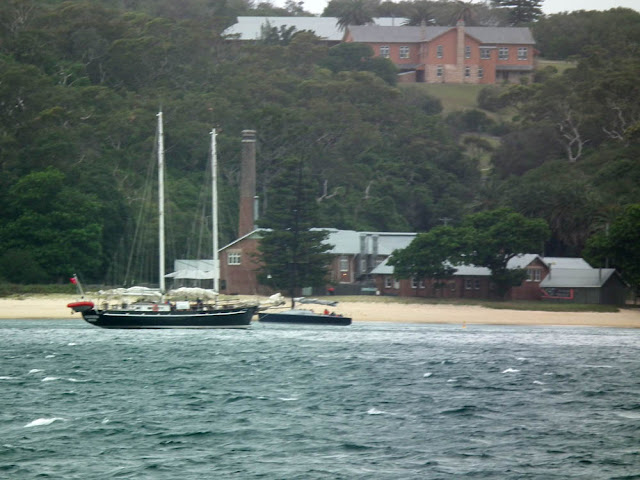 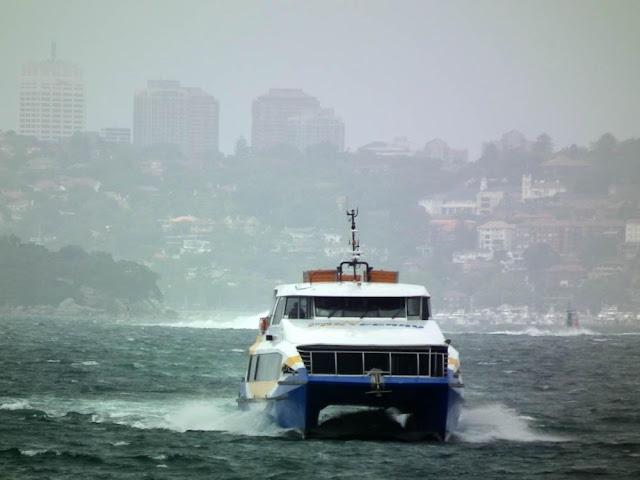 Might need a Dramamine after
looking at those photos.

Sheila: Our ferry didn't rocknroll unpleasantly, so we didn't feel seasick, but the wind was awful.

The wind-powered yottin' fraternity...
and sisterhood, for that matter...
just adore such conditions.

On a holiday in Nth. Wales, a friend's dad took his boat out for a spinnaker run across Abersoch Bay...
when everyone else was hauling their boats up the beach...
and yes...
he capsized!!

Another great friend had a twenty-seven footer yacht...
she would swing the wheel violently in the direction the boom was travelling...
yelling "Gunnels awash!!" at the top of her voice....
give me a nice, slow, put-puttering barge any day!!