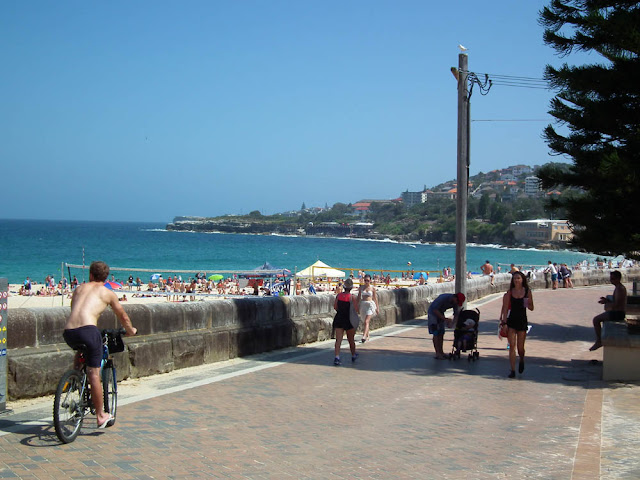 The beachfront at Coogee. The surf lifesaving club is the big cream building right on the beach, and Wylies tidal pool can just be seen across the bay (directly under the building with the red roof). Between the two is the women only McIvers tidal pool.

Coogee is the beach where your average, run-of-the-mill local comes in Sydney I think. It isn't internationally known like its cousin Bondi just to the north, and it doesn't have a particular niche like Bronte or Tamarama. Like Bondi, it's a surf beach. The water gets deep very quickly, and the waves are dumpers. 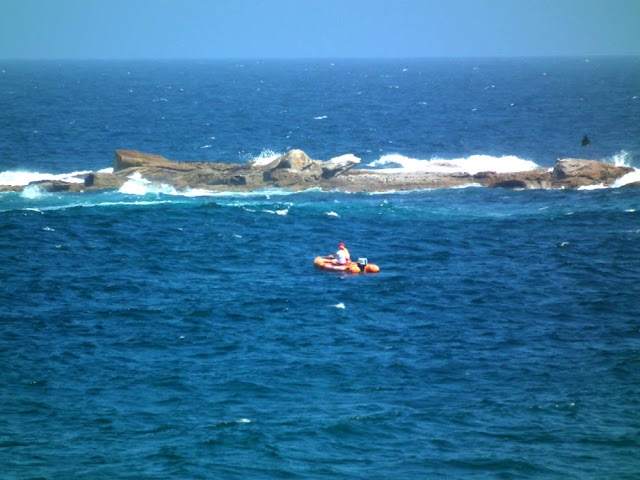 The surf lifesavers out in Coogee Bay.

Our friend Stefania said to me while we were sitting on the grass in the park that runs parallel to the beach that people think it is a safe beach, but in fact she has had reports of Great White Sharks swimming just beyond the southern headland of Coogee Bay, spotted by the team of whale watchers that she works with. I also read that it is the scene of more spinal injuries than any other beach in Australia. 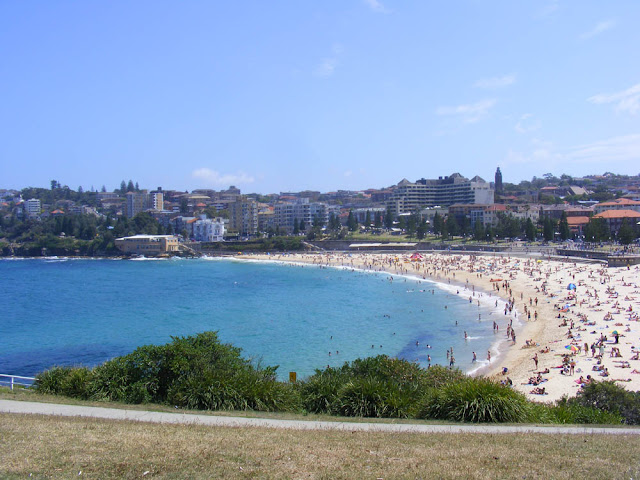 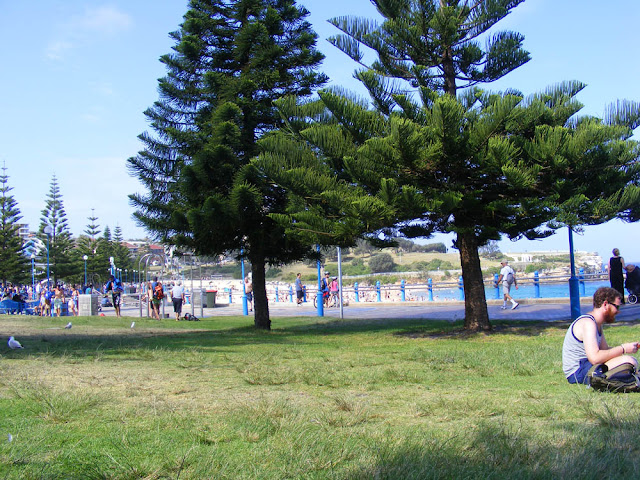 Between the beach and the main road there is a grassy park. 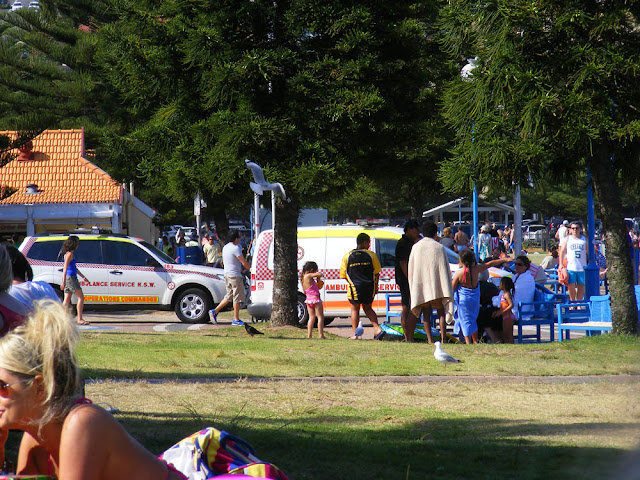 The ambos, as Australians call them, are on standby all the time here. 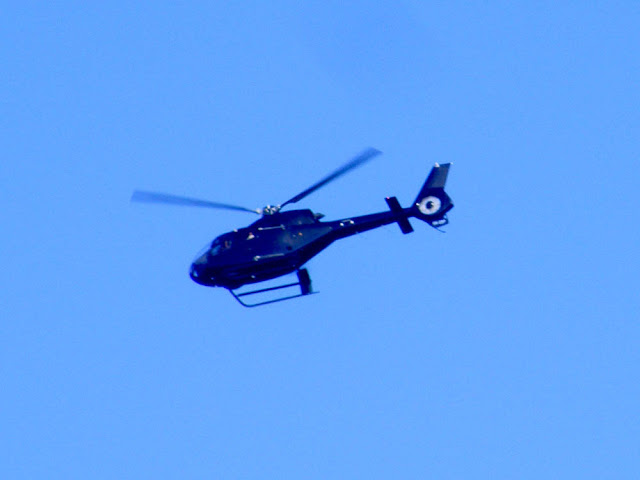 Helicopters, both police and surf lifesaving I think, patrol frequently. 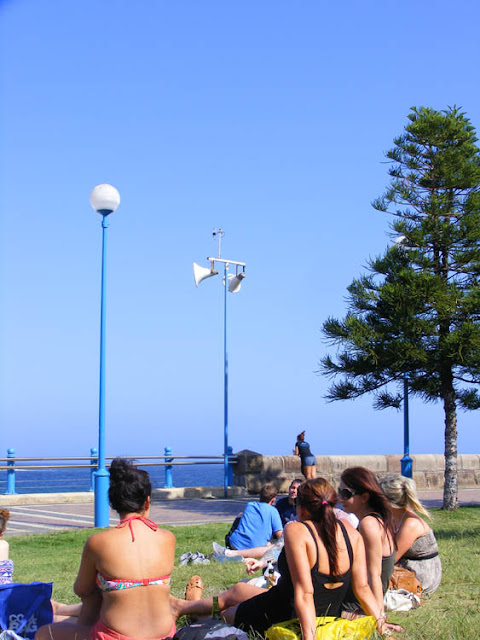 Safety messages, such as reminding people to swim between the flags, are broadcast via these loudspeakers. 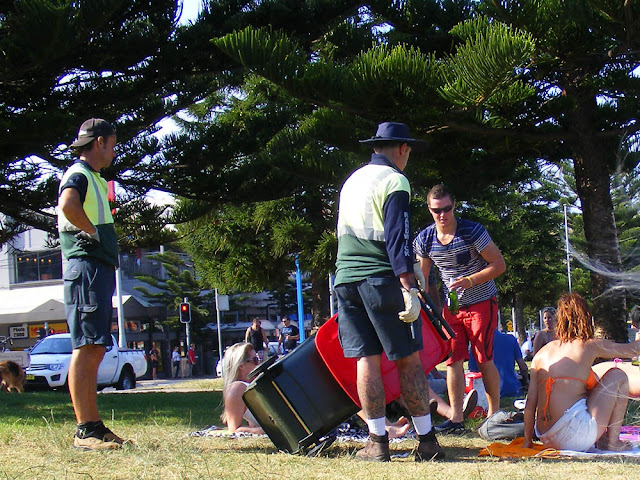 Even though it was a Saturday, the Council workers were out collecting rubbish in the park. Approaching groups and asking for their rubbish is one way of ensuring the park stays litter free. Most of what they were handed was empty alcohol bottles and cans. Although you are not allowed to drink alcohol on the street or footpath, you are allowed to drink in the park, except for Australia Day. 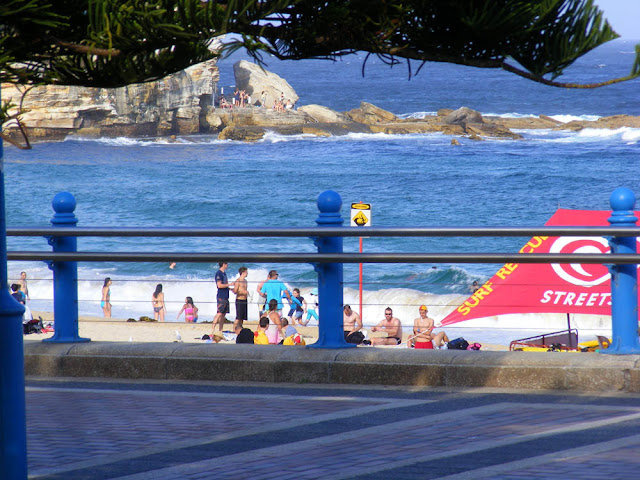 Looking down on the surf lifesaving station on the beach -- sponsored by Streets (aka Walls in the UK and Carte d'Or in France, all brands belonging to Unilever).
Posted by Susan at 09:00