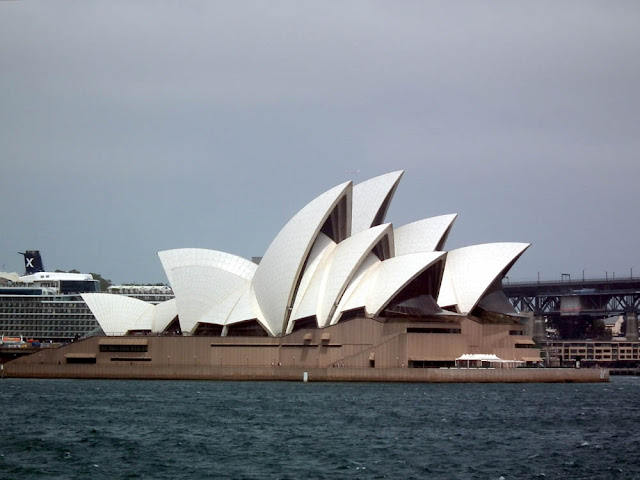 Two pieces of trivia that you might not know about the Sydney Opera House: it is World Heritage Listed (you can read why here). Many people know that the Danish architect Jørn Utzon left the project when it was two-thirds finished, feeling unable to continue working with an unsympathetic change of government in New South Wales. What you may not know, is that he returned to the project late in his life, and worked with Australian architect Richard Johnson to finally create the interior according to Utzon's original vision.The Opera House was also the first big international commission that the engineering firm Arup was involved. Now a multi-national based in London, back then it was an unknown Danish company (OK, that's 3 facts, but it is wonderful building...)

I would hazard a guess that these two structures are the only examples of outstanding architecture in Australia that most people (Australian or not) could come up with. They are within sight of one another and best views are from a ferry crossing the harbour. 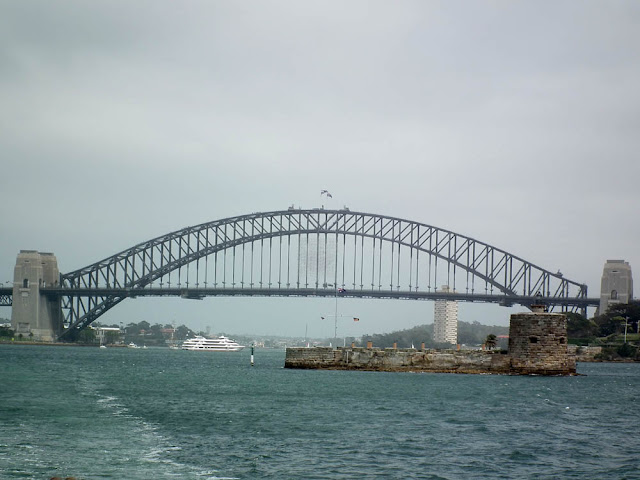 Loire Valley Nature: A photo showing a simple water butt safety feature for small creatures who might fall in and drown has been added to the Garden Habitat entry.

The owner manager is Sylvie Daveau, who grew up in the hotel-restaurant business (her father is a chef) and she is the former manager of the Luccotel on the edge of town.
Posted by Susan at 09:00

A good assumption Susan... I could only name the two... Interestingly Google does not come up with many more...

The "SidsKnees Opera House" and that "Big Lump of Orange Rock" are what say 'Stralia to me...
And Susan, have you noticed how the shells on the Opera resemble the leaves [when visible] of Purple Toothwort?

Tim: no, but now that you mention it, there is a certain resemblance.

PG: yep, that was pretty much my reaction too :-) Simon told me I wasn't allowed to look at the Staub casseroles.