So...what can you see in the Claise Valley in February? This month is traditionally the coldest month of the year, but even so, spring comes early in the Touraine and Brenne, so there is a surprising amount of wildlife to see. This year it looks set to be exceptionally mild, so some things will be rather early to emerge I am sure. Look forward to a weather pattern that oscillates between some days of mild weather, grey, overcast and probably damp, interspersed with the occasional brilliantly sunny but colder day.

Orchids: Several species of orchids will have rosettes of leaves well developed. If they are in your lawn you may want to mark them with a cane now so you don't run over them with the mower. That way you will give them the best possible chance of flowering and setting seed. 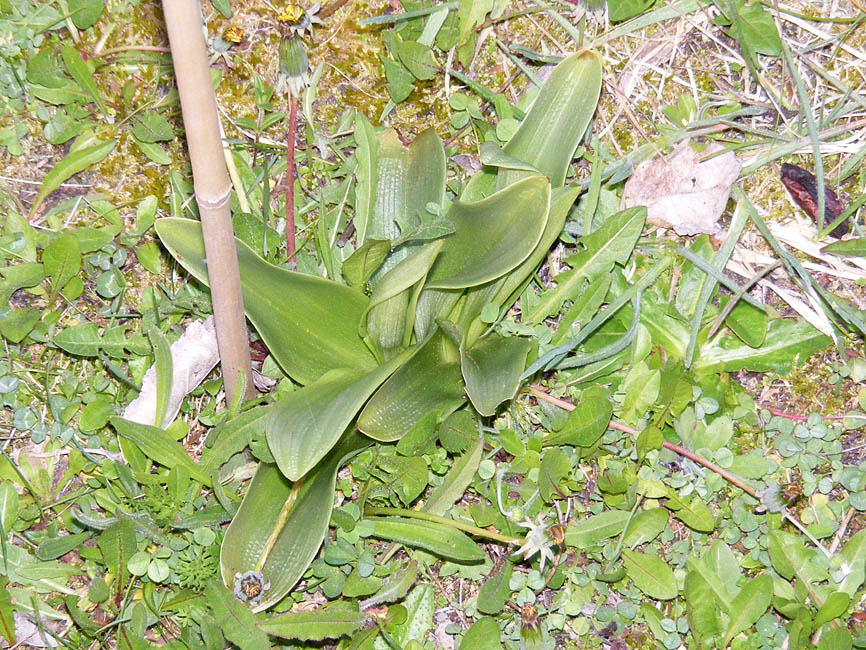 Other Wildflowers: Wild Pansies, the 'weedier' Speedwells and 'English' Daisies will all flower intermittently during the winter, and the milder it is the more they flower.

Dragonflies: Even in the middle of winter, so long as it is sunny and not too cold, Winter Damselflies will be active. They are not always easy to see though, usually blending their camouflage coloured bodies in with dead grass stalks and the like. 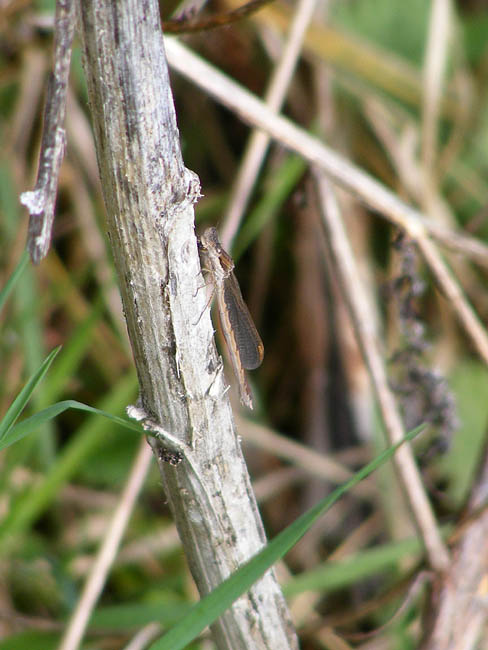 Butterflies: A lot of butterflies overwinter here as caterpillars. One of the most recognisable is the Glanville Fritillary, and in February the bristly black caterpillars will start venturing out from their communal web nests on the ground to fatten up on nearby Plantain leaves. A few butterflies overwinter as adults, and the Brimstone is likely to be the first butterfly we see here. They will clamber out from deep in a tangle of ivy to sit out in the sun if they can.

Mammals: Small mammals such as shrews and voles, usually nocturnal, may be seen on sunny days, taking the opportunity to feed after a lean winter. You need to be very quiet, and downwind of them though, as they are very nervous, and disappear in the blink of an eye if you frighten them. 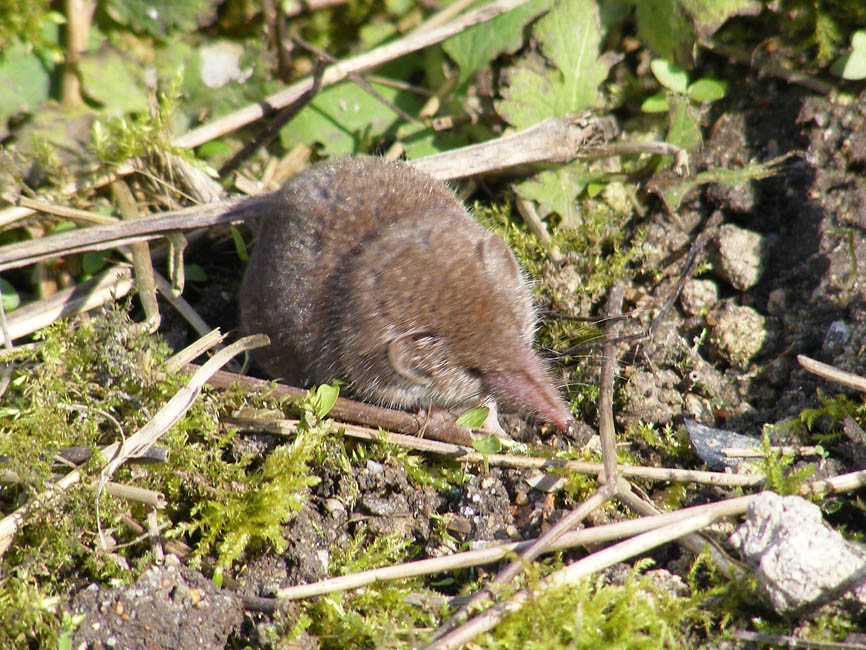 Flies: Some flies, such as the Marmalade Hoverfly, can be seen at any time. Even on frosty mornings when it is too cold for them to garner enough energy to fly they will crawl out onto a twig or log. Once the sun hits them it only takes a few minutes for them to be off visiting the first spring flowers, such as Lesser Celandine. 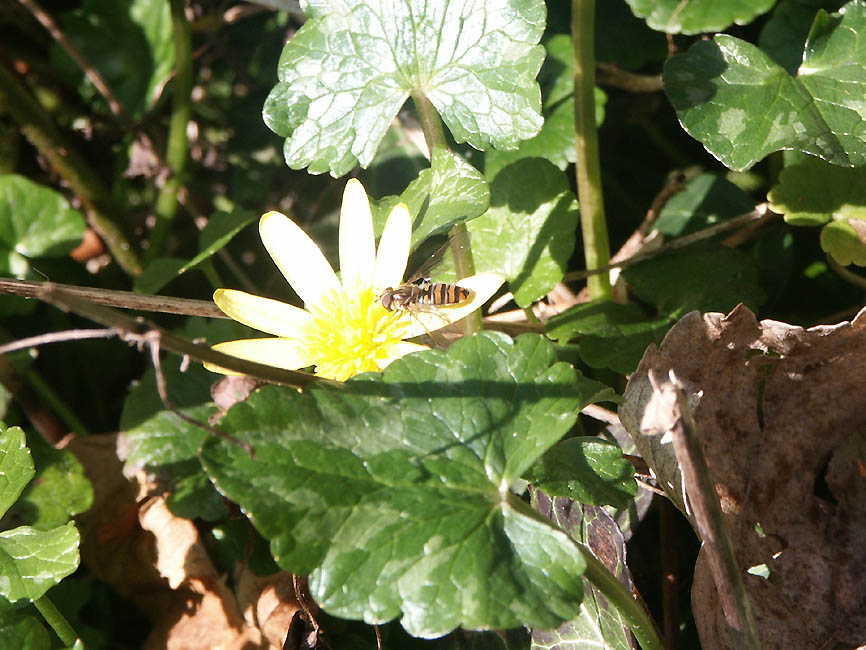 Bees and Wasps: Some species of bee like to get an early start on nest building and establishing the next generation. It's a strategy that works well in a mild winter / spring, but can prove disastrous if there is a cold snap that freezes all the nectar sources. You should see the occasional Violet Carpenter Bee this month, as well as the odd bumblebee.

Other Insects: Caddis fly larvae will be trundling around in ditches. Look for little clumps of vegetation that aren't behaving as though it's the current moving them.

Reptiles and Amphibians: February is the month to check for toad spawn. They lay long strings of eggs, like necklaces, and attach them to underwater vegetation. Toads return to the same ponds year after year, often in large numbers, while other seemingly similar ponds are ignored.

All the links above are for our other blog, Loire Valley Nature, and will take you through to further details and photos about each species mentioned. All the photos will enlarge and open in a new screen if you click on them.

How about a Snipe outside the kitchen window? New species for here... currently got its beak under its wing... got some good pix as it has conveniently decided to sit in the sun... thank you! Blog coming later...

Very interesting and informational post. As usual, I should add. It’s amazing the energy such small creatures can exhibit. Let’s hope there won’t be any freeze that would end their precious life or, even, greatly impair it.

WV is disofra. Disofra [purpurea]? Any flower we should know about?

chm: it's pretty jolly cold at the moment, but supposedly not going to last too long.