Snow, The Supermarket, and Hot Flushes.

We made it to the supermarket yesterday, which was a really pretty drive. While we were there I took some photos, taking advantage of the fact that my new camera has a "snow" setting. If it looks cold, there's a reason for that. Minus 4 reasons, in fact. 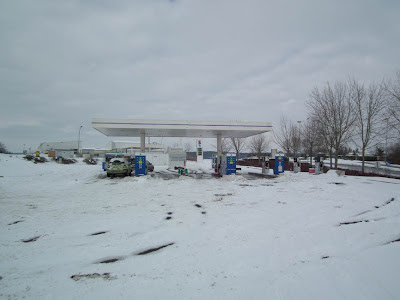 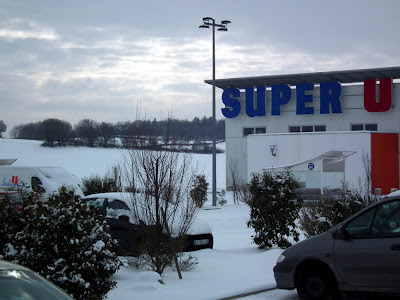 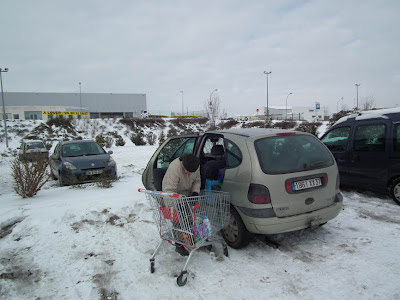 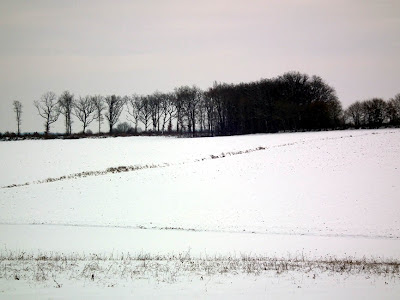 While we were at the supermarket we bought a hairdryer, which I have successfully used to defrost the pipes into the downstairs toilet. Our problem is not cold coming through a hole in the wall, but rather creeping along the copper pipe which pases through the wall to the outside tap. In November we turned the water supply to the tap off as usual, but whereas we were home during last year's cold spell (and therefore using the toilet), this year we were in Paris and the lack of occasional flow meant the water in the pipe had time to freeze.

This morning is even colder, (officially it is -11C*) but sunny. We will be going for a walk in an hour (or two) to take some photos of Preuilly in the snow.

We have -20.5 [but rising quickly now the sun is out] and I am about to don the thermals and take loads of pix... everything is all twinkly!

WV is "nonets"... like the frosty, twinkling branches... a silent sonnet!

Our thermometer showed -16c at 10:02 this morning and I hate to think what is was before the sun came up!

Like Tim, we have sparkly bits everywhere; it's so pretty and twinkly.... now I'm beginning to sound like Jeff Dunham in his 'powder blue Prius' sketch!!

I'm afraid I'm not a fan of the 'snow setting' on my camera. I prefer to use a manual approach...

Don't know how cold it got here...our outside thermometer only goes down to -8C! :-)

Crikey, that is REALLY cold !!
Colder than here in Derbyshire, where it was +5°C yesterday, but only just above freezing today.

The landscape looks so drab, I don’t envy you! I’m so glad I’m away from that mess in balmy Southern California where the daytime temperatures are in the 70s. Were supposed to hit 80°F next week!

A neighbour did our shopping for us yesterday with a friend in a 4 x 4. Our country roads are impossible at the moment in a an ordinary car. So far there is not much melting going on!! Diane

Colin - it was the first snow we have had since I got te camera, so it had to be tried...

Diane - lucky you! We were slightly worried as we were in Paris the week before and came home to a house that was lacking food.

CHM - it was all sparkles today